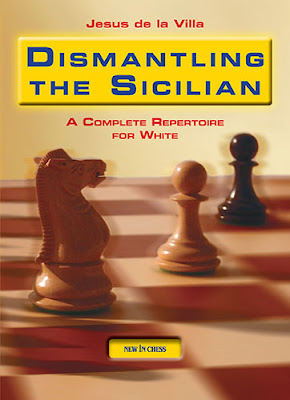 A Complete Repertoire for White

To play successfully against the Sicilian is not an easy matter. As it is a very popular opening at all levels of play, theory advances at a terrific rate. To make the task slightly easier, the recommendation is to adopt a general plan of f3, Be3, Qd2 and 0-0-0 for White (where possible).

The material starts by analysing the minor variations and building up to the real main lines. The material is split into four main sections.

Including the Taimanov and Paulsen systems.

Here be Dragons…plus stalwarts like the Scheveningen, Classical and Najdorf.

Each system is analysed via complete illustrative games. Alternative variations to those covered in the main games are given throughout. The format is very clear and I found it easy to navigate

There are great summaries at the end of every chapter, neatly detailing the important points.

Each Black system is rated with a number of stars. The Najdorf is a five star defence (sorry, Dragon fans...your favourite only merits three stars) and it is definitely not easy to dismantle. The book does not shy away from going into one of the most heavily analysed main lines.

‘The Najdorf Variation is acknowledged as the most important Sicilian system, and its great merit has kept this appreciation for some decades. Can we state the reasons for this? For sure, its theoretical viability is one, but also its apparently inexhaustible potential to lead to positions rich in tactical and strategic themes, which guarantee hard-fought games and chances to play for a win as Black.’ 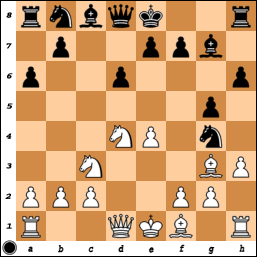 ‘The most recent move and, in my opinion, the one that sets the most problems. 10 Be2 and 10 Qd2 used to be the most frequent choices.’ 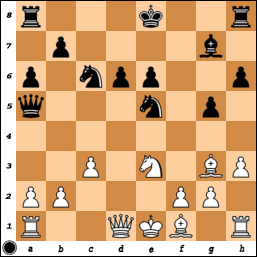 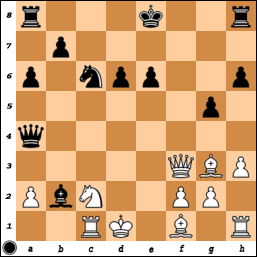 Players who like to use the Sicilian Defence as Black may have mixed feelings about this book. On the one hand, their opponents are encouraged to play down the main lines, giving Dragon fiends and the like something to look forward to. On the other hand, the opponents have the opportunity to arrive at the board with stronger preparation than before.

Summing up, I think Sicilian players and Sicilian slayers will find this an extremely interesting volume. 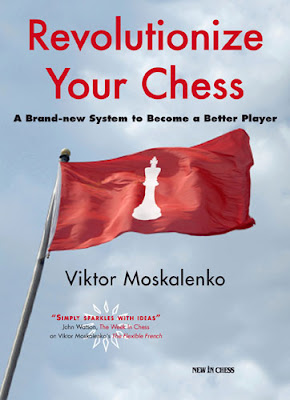 A Brand-new System to Become a Better Player

This one is not dedicated to a particular opening, but is a guide hoping to instill into chess players a better understanding of dynamic play.

Right from the start, it is clear that this is a serious book, for serious students

Foreword: From Static to Dynamic Chess

'Once they have reached a certain level most players fail to make real progress. They focus their study on openings, a limited amount of static strategic themes and classical tactics in the middlegame, and a collection of standard endgame themes. Which means that they do not understand much of what they are doing when they are sitting behind the board themselves, facing real chess problems.

How can this be? The answer is quite simple: the general rules of the game have not yet been discovered.'

The author goes back to the start, with Steinitz and his theories, through Paul Morphy and into the early years of the 20th Century to trace the genesis of the principles of dynamic chess in relation to general strategy

There is a rallying cry

'Revolutionize your chess, and become a better player!'

Chapter 1: The Moskalenko Test of a Chess Player’s Skills

The first chapter gets straight down to work and presents several methods to determine a player's skill level. There is little room for sentiment if one wishes to become a stronger player

'I think that a true professional chess player cannot afford the luxury of having lots of friends among his colleagues.'

This chapter introduces an important concept, which is pivotal to the entire book. GM Moskalenko introduces his five touchstones:

T3 Placement of Pieces and Pawns

This is followed by a series of illustrative games to demonstrate appreciation of the touchstones in action.

One conclusion is that 'T5 - Time' is rarely considered as much as static observations, and this factor is acting to the detriment of a player's development.

With the touchstones in place, the book then considers the three main phases of the game, starting with...

Another original method is introduced here: one has to take into account the 'Properties of Pieces, Pawns and Squares' ('PPPS').

There are plenty of illustrative snippets for the reader to work on. Here's one to ponder, which, according to the book, famous analysts managed to get wrong. 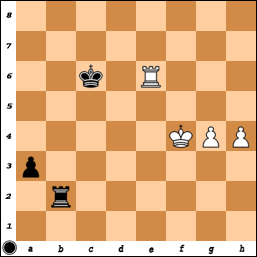 'Exercise: Find the best square for the black king and find out who was right: Moskalenko, Dreev or Mark Dvoretsky?'

Positions featuring an Isolated Queen's Pawn are ripe with dynamic possibilities and they feature heavily in this section. Even Karpov occasionally struggled to stem the dynamic flow in this famous game, which is excellently annotated: 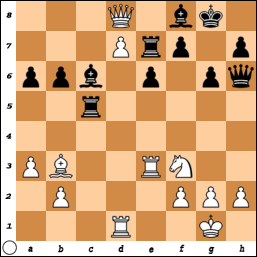 Instead of being a weakness, the IQP played a decisive role and only left the board when it promoted

The Botvinnik System of the Semi-Slav is given very good coverage and it comes with a warning against relying on artificial intelligence:

'In the Botvinnik System, it is advisable to use computer analysis only with great care, as the machine tends to make wrong evaluations and misses the truth in 50% of cases. Therefore, you should analyse yourself until more stabilized positions are reached. 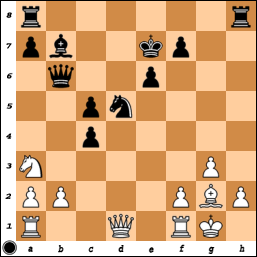 Some of the moves have to be seen to be believed.

'18...Rh4! is an extraordinary manoeuvre discovered by Kramnik, and the most beautiful move in the Botvinnik System. Apart from creating attacking chances along the g- and h-files, Black prepares the centralization of his rook on the d4 square.'

In order to play more dynamically, there is little point in using the Exchange Variation against the French Defence as a main opening 'weapon'. Therefore it should come as no surprise that the author is enthusiastic about the following three openings

Saemisch Variation of the Nimzo-Indian Defence

Even established fans of these openings should find fresh material here.

Throughout the book, there are quotes from the greats and some very good photos too. Production values are high; it's a very good looking book.

Ultimately, it is T5 which is definitely the one we are all encouraged to embrace in order to inject more life into our game.

I enjoyed this book. There is lot to read, a lot to absorb. I know it's only January but, at the end of the year, when I compile my list of the top books I have reviewed in 2010, I'll be surprised if 'Revolutionize Your Chess' isn't included.


For further details of these and other New in Chess products, please visit:

http://marshtowers.blogspot.com/2007/12/chess-review-archive.html
Posted by Sean Marsh at 00:32

How advanced is the "improve your chess" book? Another review from a trusted source called it "same old-same old"

I think it's very good read, with quite advanced material. It doesn't strike me as 'same old' at all. I think it's a worthy attempt to write something fresh and original.

Sean, Thank you! I will add it to my shopping list!