This is a revised, updated and reformatted version of the 2002 American book by the same name (published by Russell Enterprises).

The presenter says there are two ways to look at the material: by player - the tactical magicians - or by theme. Both methods are catered for.

Particular attention is paid to the games and methods of Tal, Nezhmetdinov, Spielmann, Stein, Bronstein and Shirov and the material is presented via 38 video lectures, by an animated GM Müller, who is clearly very much enjoying the subject matter. Only so much of the material could be made to fit onto the DVD and there are planty more game snippets provided in a text file (384 in all).

Shirov’s original foreword is included from the 2002 book (he was a good choice) and other bits and pieces from the printed version are here also, including photos of some of the payers and various text files.

The viewer is advised to turn off the notation window and try and enter into the spirit of the tactical positions to develop their own vision. The DVD is‘...primarily…aimed at aspiring players from club to master level who seriously want to improve their chess understanding’.

Here's an impressive example of a magician in action. White sacrifices twice on f6 in the same game - against a fellow magician! 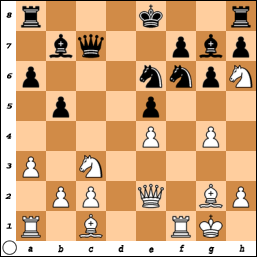 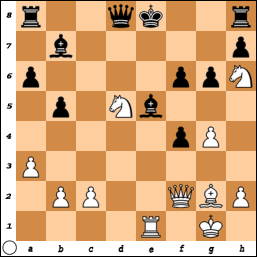 Tactics can occur at any stage of the game.

Some of the endgame exmaples are just as stunning, such as this one: 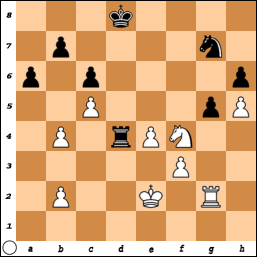 Here's one for you to try. 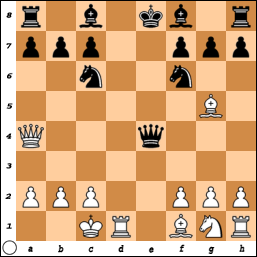 This is an inspirational DVD and a real treasure trove of tactical play.

The ‘Introduction’ introduces the basic philosophy behind the recommendations. The general idea is to play lines which go against the grain of the opponent’s intentions. For example, a player adopting the Sicilian is angling for positions with an extra centre pawn, something White tries to ensure won’t happen with 1 e4 c5 2 c3. There are similar plans to sidestep Black’s desires in all the major openings.

The material is split into these sections: 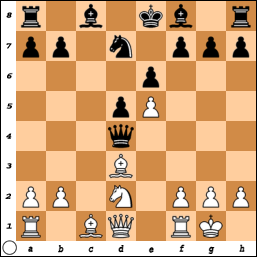 Does White have enough play for the pawn? That is the question. Sample games are provided to show what happens when it goes well and White is able to launch a decisive attack, such as here... 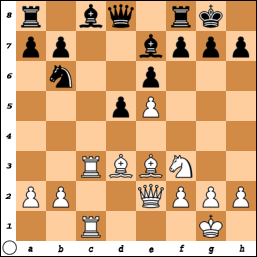 After the 'big four' come the minor defences:

There are some interesting choices and I like the psychological aspect of thwarting the opponent's desires. IM Collins is a good presenter and his quiet, Irish-accented voice exudes calm and confidence in the material.

GM Mikhalchishin’s new DVD on the chess strategy takes a good look at various pawn structures on the first alf of the DVD, followed by a larger section devited to the Isolated Queen’s Pawn (‘I.Q.P.’).

The first half looks at 'Champion Structures' and primarily discusses the games of Rubinstein, Keres and Geller, linking each Grandmaster with a specific favourite structure.

For Runbinstein, this involves accepting a doubled f-pawn, such as in this example: 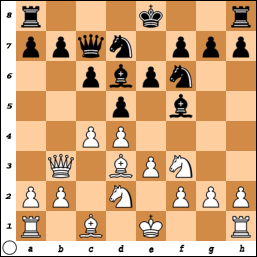 He liked the structure so much that even did it when more obvious moves beckoned: 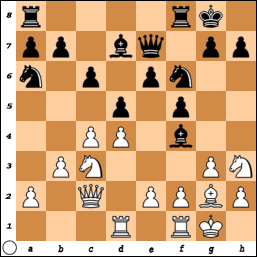 The ideas behind all of the featured structures are very well explained and I felt I had learned a great deal.

Instead of fearing it, this DVD tries hard to persuade viewers to embrace the opportunty to take on an IQP and enoy the resulting freedom. When the action starts, there is lots of fun to be had... 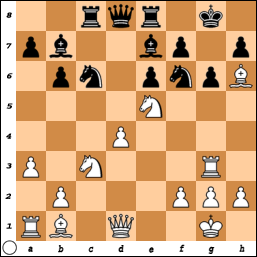 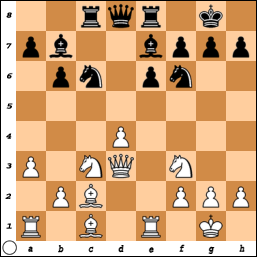 Despite the pronounced Russian accent and habit of occasonally going over things a trifle too quickly, the presenter does a very good job and coneys a lot of wisdom. It's a very good DVD and one which will probably be of most benefit to serious players, county standard and above.

The Trompowsky - The Easy Way

This is an updated edition of an older disc. The original 30 lectures are augmented by seven new ones featuring games from 2007-2009.

The illustrative games start with pioneering play by Vaganian back in the mid-1970s, with Julian Hodgson picking up the baton in the 1980s.

There's good General discussion on the value of a giving up a Bishop for Knight early on to compromise an opponent's pawn srtructure (Rubinstein would have very happy with the Bishop pair and doubled f-pawn!) and other matters, such as the importance of building a big pawn centre, are covered too.

A lot of the play is still sharp and original. The recent games generally show White prodicing the goods, whether Black chooses a thoeretically good line or not.

‘Trompowsky graveyards, the world over, are littered with corpses of guys who go in for the pawn snatch in the variation…’ 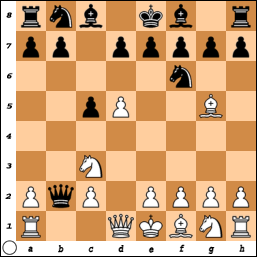 This line is apprently ok for Black, but over the board it can end up looking like this... 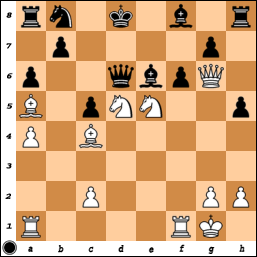 ‘…a typical demolition job in this variation’.

Love it or loathe it, the Trompowsky is here to stay. I would say this DVD presents an optimistic assessment of White's chances, but few will resist giving 2 Bg5 a try after IM Martin's motivational presentation.

The brand new Powerbook ‘…represents the state of the art of current theory’.

It features 1.6 million games, all from a very high level. It is possible to load a tree of variations and then with one click find all of the game relevant to a particular position and assess the success rate before deciding to add a line to one’s existing repertoire.

The 'Strongbook', also included on the DVD, features 87355 games from players with an ELO rating of 2550 or above.

A definite boost to the strength of your Fritz and ChessBase programs.

Arena has some pretty strong opening books available as well and they are free of cost there is that old SCID as well. I like Chessbase but their pricing is pretty expensive. I also recommend you do a review of mychessblog.com they also have good blog and susan polgar also talked about them.

In the Rubenstein-Kmoch example, should it be 12. gxf rather than Bxf4 ?
Is this direct from the DVD, or a publishing transposition ?

Thanks Nick, I have corrected it to gxf4. The error was mine, not the DVD's.