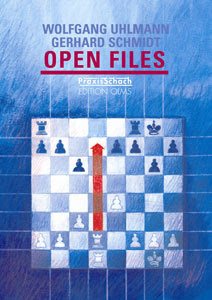 The first edition of this book was published in East Germany in 1981 but had a troubled history for some time after that. The reason is freely given:

‘One of its co-authors, the chess trainer Gerhard Schmidt, left for West. He this became persona non grata in East Germany and the book was banned there.’

The aim of the book is still the same, of course:

‘The book explains, clearly, systematically and comprehensively, the strategy and tactics associated with the open file.’

This new edition has been updated to include games by the likes of Kasparov, Anand and Kramnik.

The material is arranged thus:

1. Aspects of the evaluation of open files

2. The creation of the open file

3. The struggle for control of the open file

6. The connection between the open file and the 7th and 8th ranks

There are 113 illustrative games. The vast majority are full games; only a few are given from a particular position.

The notes are brief for the first part of each game until an informative position is reached. Then there is a full explanation of what is going on in relation to the open file(s). these assessments are presented as box outs and are accompanied by a small picture of balancing scales.

Here’s an example featuring one of Uhlmann’s own games. 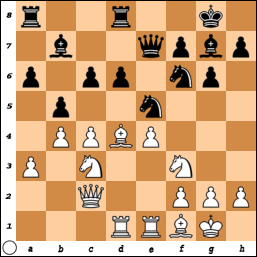 Assessment of the position

‘Opening the d-file by the piece exchange Nf3xe5 is the right recipe in this position. A further advantage is that the opening of the file is accompanied by Bc5 gaining a tempo. White holds the initiative on the queenside based on the levers a4 and c4. The b5 pawn is an object of attack. Black must ease the pressure by capturing in a4 or c4, but this will weaken his pawn structure.

In the evaluation of the position it is noticeable that both black bishops are passive. In contrast, the white bishops are placed extremely actively. These factors add up to a clear positional advantage for White.’

A few moves later, we see that things have indeed gone White’s way. 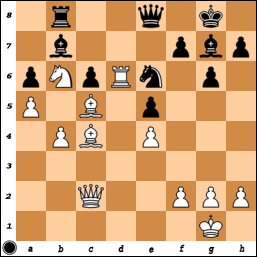 ‘The strategic coup de grace will be dealt to Black by the rook on the open d-file. The expulsion of the knight from e6 enables the pressure on the diagonal a2-g8 to be increased. The defensive try 24 …Bf8 fails to 24 Nd7 with the twin threats of 26 Nf6+ and 26 Nxb8.’

It’s an instructional book; very readable and strong on explanations. Analytical variations are kept relatively light. It should appeal mainly to club players, although stronger players will be interested to read the assessments of the critical positions to see how they compare to their own thoughts.

The book has the typical Olms crisp, clean look about it. There is one little slip which I noticed. The Winter who played the famous game (French Defence, Exchange Variation) against Alekhine Nottingham 1936 was William and not ‘E. Winter’. That might annoy some people!

The open file in the next example was put to good use by White... 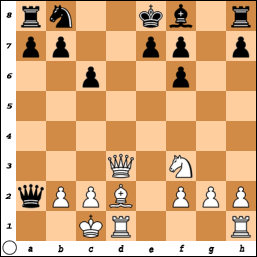 White to play and force checkmate in three move. See if you can find out how he did it.