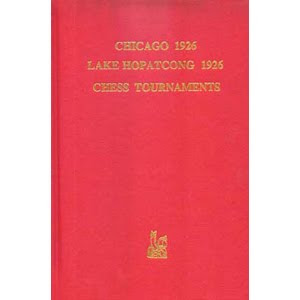 This is the first time the Chicago tournament of 1926 has had a tournament book devoted to it. The author’s preface details the genesis of the project. The inclusion of the Lake Hopatcong games (played earlier in 1926) are given in the hope that they will ‘…more than compensate for the incomplete games from Chicago’.

'The two tournaments give us a clear idea of where chess was in 1926, and it is absorbing to dig into these events and get a sense of the styles and strengths of the players of that time’.

There is a good 'Introduction' by Dale Brandreth. Among other things, he highlights the fact that around a dozen of the Chicago game scores are incomplete. Dale Brandreth owns copies of half of the original scoresheets; presumably the other half were owned, en bloc, by another collector at some point. If anyone knows of their whereabouts then please do get in touch.

Chicago was won by Frank James Marshall, narrowly ahead of Geza Maroczy and Carlos Torre. The final scores show how close it was at the top.

Some of the names will be much more familiar to readers than others. The majority of the games will be fresh too, as they are not fully reproduced on databases. There is plenty of sparkling play, such as in this example... 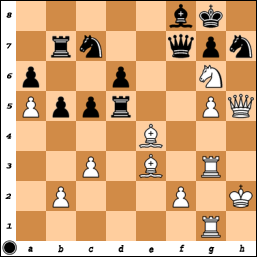 Here, databases give 36 …Rb8 for Black but this book shows 36 …Re5 as being played. It doesn’t matter either way in terms of the finish, because against either move White to play and force mate in three moves. See if you can find it.

American Champion Frank James Marshall was always good value for money in terms of entertaining games. He was happy to sacrifice his way through the tournament, even when a lot depended on it. In this game, he needed to beat Maroczy to catch him up. 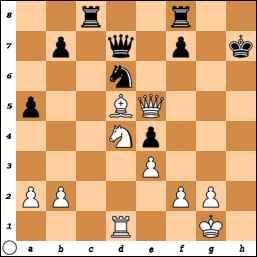 The three-horse race to the finishing line culminated in a stormy last round, with Marshall taking risks on his way to beating Showalter, Maroczy drawing with Isaacs and Torre losing to Edward Lasker when a draw would have secured a share of first place. 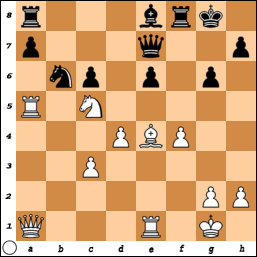 One of the leaders cashed in his chips for the win of the Queen with 29 Nxe6? 'An uncharacteristic miscalculation that costs Maroczy a share of first prize.' 29 …Qxe6 30 Bd5 Qxd5 31 Rxd5 cxd5... 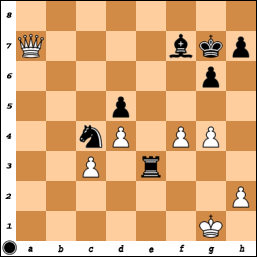 By move 38, it is clear that the Black pieces outgun the Queen but Maroczy managed to draw by perpetual check on move 45.

Meanwhile, Marshall had survived some very tricky moments to reach this position, which should be drawn. However... 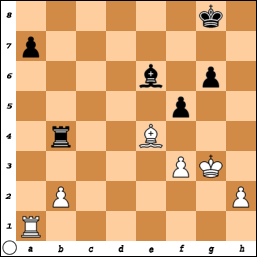 The Lake Hopatcong section of the book covers the last quarter of the book and features contemporary introductions by Herman Helms and Norbert Lederer.

Today's players may become jealous when they read about the time limit:

‘For the first time in the history of chess a tournament was held under world championship rules, adopted in London, 1922. The hours of play were from 2 to 7 p.m., the time limit being 40 moves in two and a half hours. This time limit gave complete satisfaction and received the full endorsement of all participating masters.’

Capablanca pushed hard in the first part of the tournament and scored a notable victory against a dangerous rival in round 6. 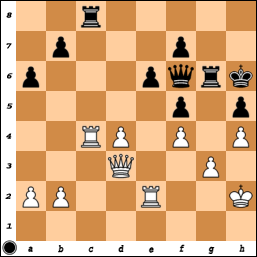 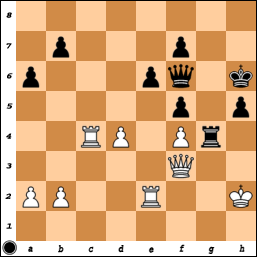 After 35 Qxg3, Capablanca eventually won the game (0-1, 49) and coasted with draws towards the end of the tournament.

Marshall wasn't on his best form but he never stopped trying, even playing the Danish Gambit against Capablanca to try and change his luck.

It's great to see these lost and forgotten games being treated with the respect they deserve, although the book is primarily for those interested in chess history rather than practical play.

Production standards are high, as one would expect from Caissa Editions. There are some very nice photos of the players and the customary red hardback and gold lettering make this a handsome tome. A row of Caissa books looks fabulous on the shelf.

Missed a review? Head for the archive: