I managed to get along to The Sage (Gateshead) for some great events on the last two days of the Americana Festival.

The Sage is a magnificent venue. Here's the view of the futuristic exterior. 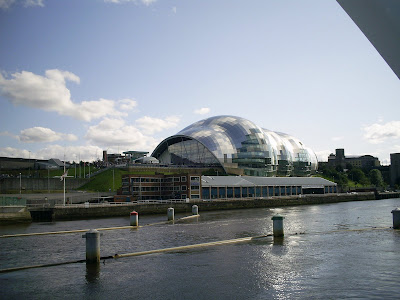 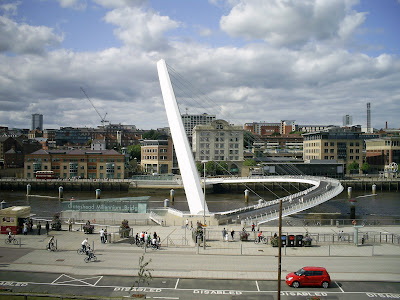 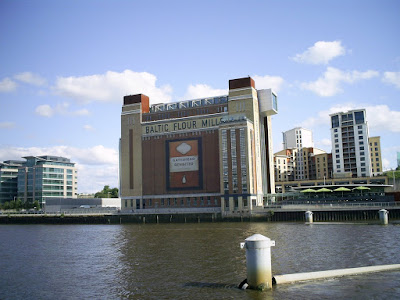 Events were on throughout the day (July 25th). We caught a couple of the outdoor performances, including Ryan Shaw and Eliza Gilkyson. 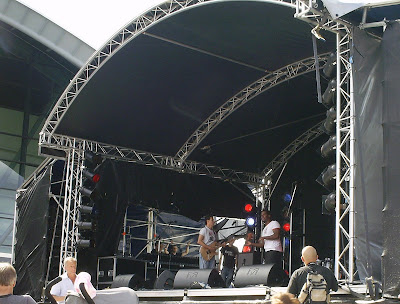 Ryan Shaw
I hadn't heard of him before but he has a great voice and a good stage presence. 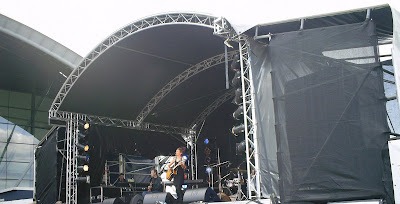 Eliza Gilkyson
All of the outdoor events were free and people could come and go as they pleased.

The Lucinda Williams concert was on the Saturday evening. There were two support acts: Devon Sproule and Buick 6. The former returned for her own full-length show the following evening. The latter is Lucinda's backing band, who recently released their own 'solo' CD.

The set-list clearly indicates the up-tempo nature of the show:

Little Rock Star
It's a Long Way to the Top

The band played well and Lucinda's voice was great

Unfortunately, there was a bit of a dampener at the end of the show, when Lucinda suddenly seemed to become very frustrated because the audience '...didn't want to rock and roll'. She exited the stage at the end of the encore with apparent bad grace, leaving the people around us scratching their heads.

It seems that the fully-seated venue was perceived to be not conducive to a night of rocking. The following evening would refute the notion. Anyway, I'm off to see her again in Manchester very soon so another report will follow.

Sunday 26th had a similar format and again we caught a couple of the outdoor events. 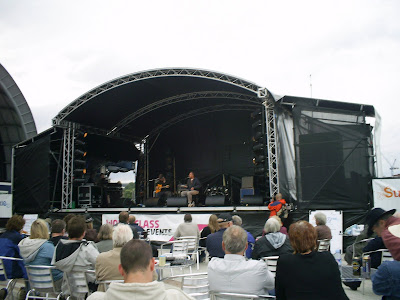 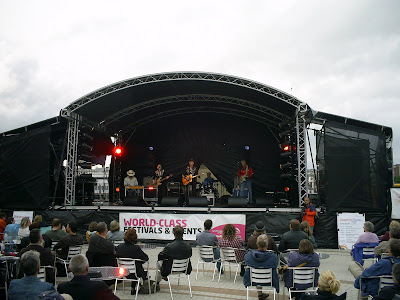 Hank Wangford and the Lost Cowboys
Hank's stage patter was very amusing and the whole set was played in very good humour. In addition to his other talents, he is also the President of the Nude Mountaineering Society. Further details can be found on his website: http://www.hankwangford.co.uk/hanks_page.html

I was looking forward to seeing Rodney Crowell on the Sunday evening. I discovered his work through the Emmylou Harris route and it has remarkable depth. I wasn't disappointed.

He was accompanied by Jedd Hughes and Will Kimbrough; all were on acoustic guitar.

It was a remarkable show. Drawing heavily on material from 'The Houston Kid' and 'Sex and Gasoline', the trio gave a virtuoso performance in energy, power, subtlety and emotion. It was a very moving experience. 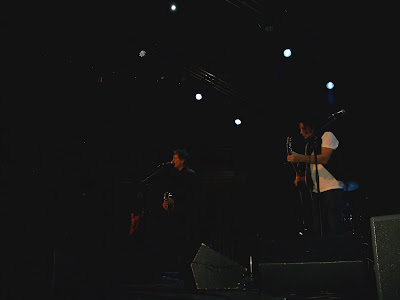 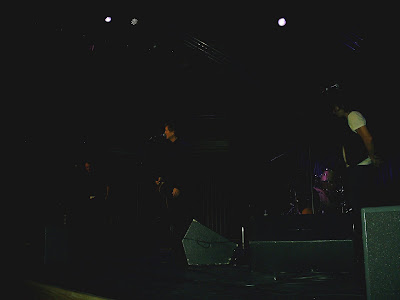 The pictures are a bit dark but give an idea of the set up. During the short, 15-minute gap between performances, I went to stretch my legs and was surprised to see the guys in the foyer, signing CDs and chatting amiably to anyone who wanted to. It gave me a chance to thank them directly for the experience. 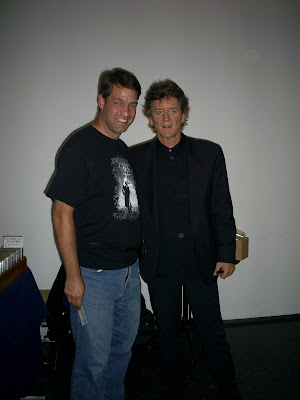 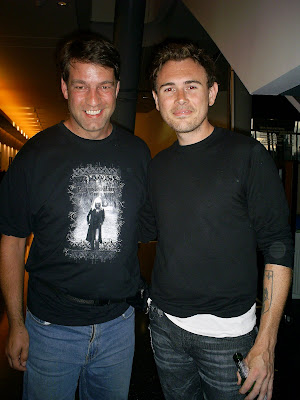 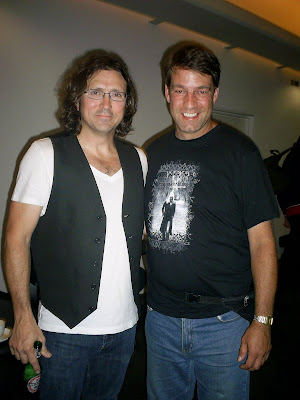 Will Kimbrough
The concluding set was performed by The Flatlanders. I didn't know very much about them beforehand and quite frankly, after Rodney Crowell's astonishing performance, I thought following him would be an impossible task.

However, they put on a real terrific show, full of energy and excellent musicianship.

The key personnel are Jimmie Dale Gilmore, Joe Eley and Butch Hancock. There's no front man; they all take a turn singing, playing and harmonising. They are all authentic Texans. 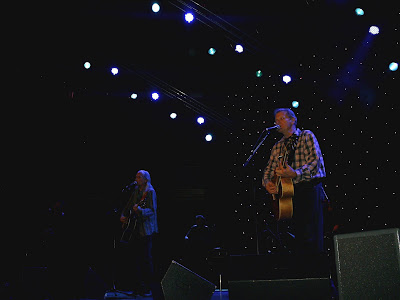 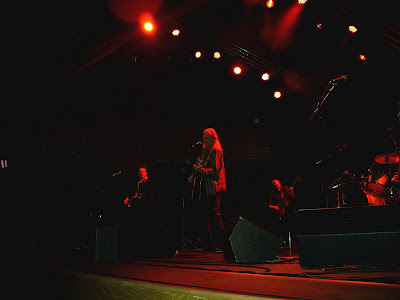 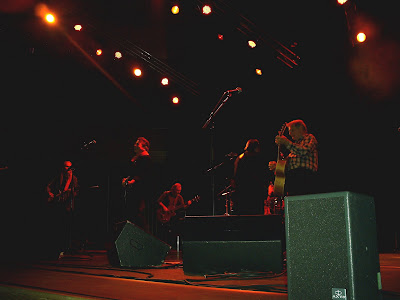 They received a standing ovation at the end. I'm unlikely ever to see such an awesome double-header as I did on that evening. 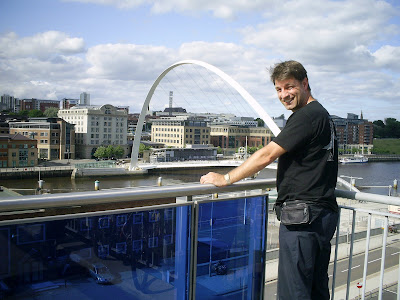 Hopefully we'll be back in Gateshead for more of the same next year.
Posted by Sean Marsh at 02:31

"Hopefully we'll be back in Gateshead for more of the same next year."

Your prediction was correct :) Rosanne Cash here we come!