A good number of games come with annotations by luminaries such as Gelfand, Ftacnik and Marin.

Of course, ChessBase Magazine isn’t merely a database. The other features are universally excellent. There's so much on the disc that it's impossible to do it all justice in a short review, so here's a few snippets which really caught the eye.

GM Rogozenco provides some real food for thought with a look at the Queen’s Gambit Accepted. 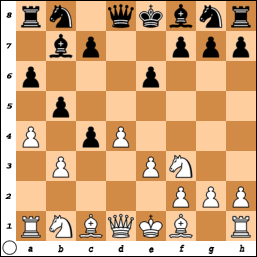 It looks just the sort of thing Black shouldn’t be doing. After White smashes up the Queenside pawns, the second player is left with a sickly looking isolated pawn on c7. However, according to the lecture, Black can play …c7-c5 relatively easily. This gives total equality once it is swapped for the White d-pawn. This line definitely needs further analysis. Can it be that Black can equalise so painlessly?

The other major eye-catcher comes after:

Now Black has the surprising move: 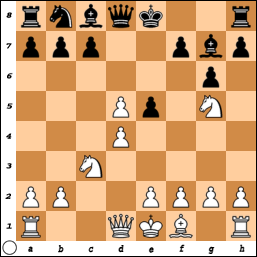 ...when the game will inevitably open up for the Bishops, but it’s not without risk.

Other regular columns include Peter Wells on strategy (dealing with weak squares), Karsten Muller on endgames (liquidating to pawn endings), 12 opening surveys and some audio annotations by Anand.

Fans of every stage of the game will find plenty of interesting material. A noteworthy feature is the facility to load up tactical positions and try to solve them. A clock counts down the time available for a successful answer. One feels drawn into the action more than when studying a diagram in a printed magazine.

Here's a sample for you to try: 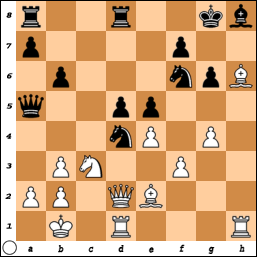 White to play. Something to do with the h-file, perhaps…?

The next tactical test comes at the end of the same game: 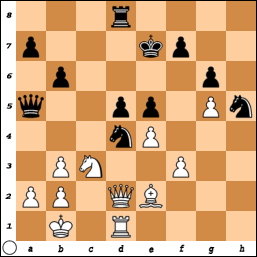 ChessBase Extra 130
July 2009
The ‘Extra’ editions bridge the gap between the standard releases. These are much more basic affairs, lacking the main features of the regular magazines, but are useful to provide substantial database updates. No fewer than 27,122 games can be quickly added to your own ChessBase with the minimum of fuss.

Events covered are as diverse as the Anand - Leko match, Azerbaijan v Rest of the World Rapid Match (in which Kramnik and Anand both played), the Southend Open, Russian Junior Championships and many others. The games are unannotated.

Two video lectures by Mikhalchisin are a nice bonus. He demonstrates two of his most enjoyable games, against Beliavsky and Kasparov.

Serious, professional chess players will aleady be aware that ChessBase magazine is an essential purchase. For the rest of us there's no shortage of instruction and entertainment.

The amount of material is tremendous and I can't think of any other chess product which offers such value for money.