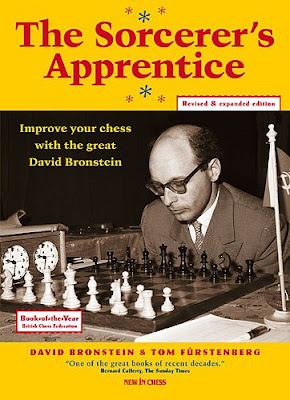 ‘In this modern chess classic David Bronstein, one of the greatest chess artists of all time, shares his insights in his wonderful games - 237 of them played between 1938 and 1996 - a career spanning 58 years.’

The first edition of ‘The Sorcerer’s Apprentice’ appeared back in 1996 and proved to be a very popular book. This new edition follows the same format but has numerous extra bits and pieces.

Those familiar with the earlier edition will recognise the titles of the main chapters:

The combinations in question are summed up in paragraphs which are very light on variations. This works well, keeping things chatty rather than intimidating.

Here’s an easy one for you to try: 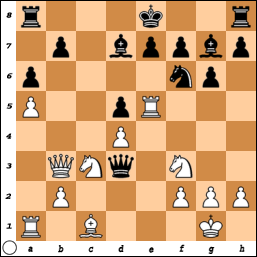 White to play and win
50 Games With Comments

These are fully annotated and include (often lengthy) introductions giving Bronstein’s memories and opinions about his opponents. This section is the real meat of the book and is instructional on several different levels.

This chapter gives 60 great games without annotations but with strategically placed way-marking diagrams. It is thus possible to follow the games without using a board and pieces.

One of my favourite Bronstein games is in this section. 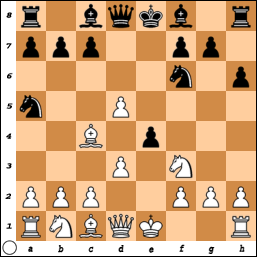 By move 25 it is very clear that the majestic armada of White pawns is worth far more than the sacrificed Knight. 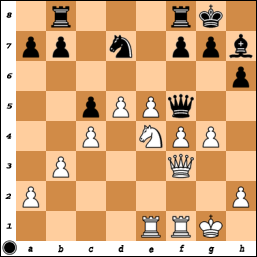 Very enterprising play - but one can sense how his team mates must have mixed views about having him on their side, especially at a time when success was of paramount importance and chess results carried more significance than over a mere 64 squares.

These games are unannotated and feature one diagram per game. Each concludes with a brief remark highlighting the star piece(s).

The new material for this edition includes:

Two memoriam pieces (one from Tom Furstenburg and the other by Bronstein’s widow, Tatiana Boleslavskaya)

‘My Experience with Computers’, the transcript of a lecture from 1996. This is followed by an amazing selection of games played by Bronstein against computers, back in the days when some humans were still able to demonstrate special ways of playing to exploit various slight weaknesses in their way of ‘thinking’. 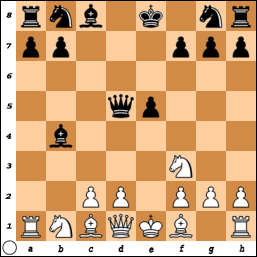 Against computers, he now liked to play: 7 Ra3!

‘This move only makes sense if Black takes the Rook, but of course I know that computers cannot resist such a bait. Therefore ! and not ?? For this move.’

‘40 Combinations With Explanations’ has an extra set of comments at the end of each game, answering the question: ‘What have we learned from this game?'

The photo section has been greatly expanded. I don’t recall seeing any of the ‘new’ photos before. The young Fischer, Tal, Spassky and a whole host of other chess giants are featured in rare snaps. One wonders what other unpublished treasures are hidden away in archives.

Bronstein’s bitter rivalry with Botvinnik runs all the way through the book like a seaside town’s name through a stick of rock. He never misses an opportunity to have a go at the sixth World Champion. However, despite dropping a cryptic hint about the pressure on him as Botvinnik’s challenger in 1951, there is no elaboration on whether or not the end of their match was played entirely fairly.

The book concludes with an index of openings, index of opponents a list of Bronstein’s scores in tournament s and matches.

The production qualities are high, as one would expect from New in Chess. Despite the high page count, the spine of the book is strong and carries the strain admirably.

There are a couple of minor errors.

A comment on page 38 claims that Marshall played his Attack against the Ruy Lopez in one of the games of their 1918 match. 1918 is correct, but the game was a tournament in New York. Marshall and Capablanca contested their match in 1909.

C.H.O'D. Alexander was not a GM, as one picture caption claims (but he was an IM).

David Bronstein was one of the most innovative, creative and outlandish players in the history of chess. Yet he retained a deep desire to connect with chess players of all abilities. He visited my region several times in the 1990s for a series of simultaneous displays and lectures and was always very friendly and approachable. Such visits are now a thing of the past, but the spirit of Bronstein lives on this remarkable book, which should keep readers entertained for many hours.

Those who already own the earlier edition should be pleased by the new edition too. I think there is enough new material to justify an upgrade for one’s library. 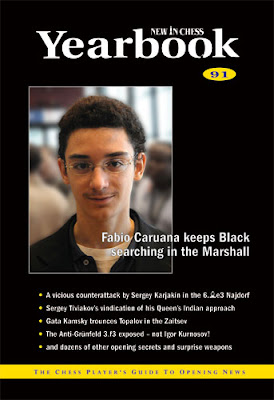 The Sicilian Defence is the most popular choice this time, with eight full surveys. The variations range from the Najdorf to the Grand Prix Attack.

The authors are of a high calibre, as one would expect for such a serious work. Tiviakov, Gutman, Kuzmin, Van der Wiel and Palliser are very familiar names.

For me, the most eye-catching surveys featured: 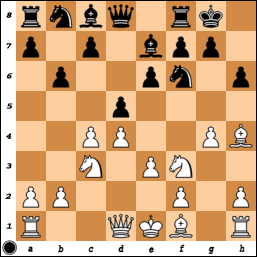 8 g4 in the Queen’s Gambit Declined by Rene Olthof

Alexey Kuzmin on a modern way for Black to play the Hanham variation of the Philidor, namely an early …a6 and …b6 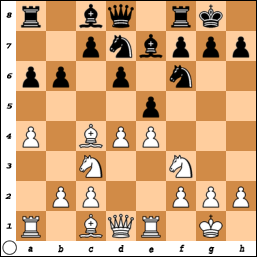 Larry Kaufman on 9 Rc1 in the Saemisch King’s Indian, trying to give White some fun against the Panno Variation: 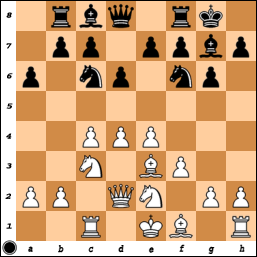 Kaufman gives excellent explanations of White’s ideas after the Rook move. One of them was recently demonstrated by the great KID killer himself... 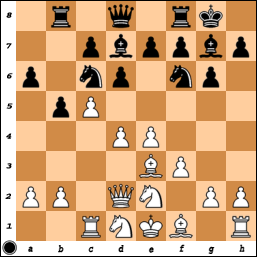 Also included are The Forum (readers’ letters, some of which delve quite deeply into theory), Sosonko’s Corner (including high praise for Roman Dzindzichashvili) and Glenn Flear’s book reviews.

These Yearbooks are serious tomes for serious players. Casual players could find themselves out of their depth but those who like to put in some serious preparation will appreciate the extensive analysis in each survey.

Missed a review? Please visit my archive:
http://marshtowers.blogspot.com/2007/12/chess-review-archive.html
Posted by Sean Marsh at 03:32