This is partly due to a clever move order by Black, namely:

This is that starting point of The Lion, which has been slowly gaining new supporters. One point of it is that if White plays 4 Nf3 then 4...Nbd7 gives Black a Philidor without having to navigate some troubled waters found in the 1 e4 e5 2 Nf3 d6 route.

Needless to say, GM Shirov doesn’t like to play 4 dxe5 dxe5 5 Qxd8+ so it’s no surprise he prefers to keep the Queens on the board. Remaining true to his creative style, he duly introduced the extraordinary 5 g4 to ensure Black doesn’t always get an easy life. 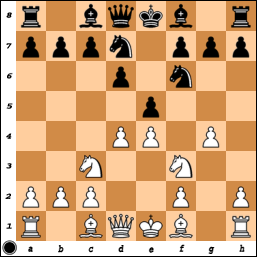 He confesses that his original plan for the DVD was to ‘prove’ that 5 g4 wins for White (thanks to an almost 100% personal score) but then he discovered some improvements for Black and he was forced to be more objective. The story behind the genesis of the remarkable move is given in the first illustrative game.

His game with Cyborowski demonstrates why he finds the positions resulting from 5 g4 so appealing. 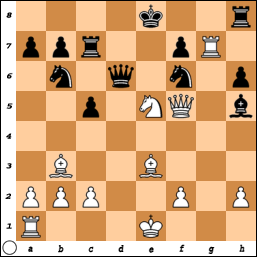 Shirov - Cyborowski
Definitely a Shirov game! It is curious that a tactical blow now struck on f7, the customary weak point in so may open games (only usually much earlier on in the game) 19 Bxf7+ Bxf7 20 Rd1 and 1-0 (23)

Instead of 5 g4, the normal 5 Bc4 leads to a popular variation. 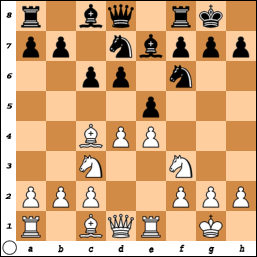 There are eleven illustrative games, mostly by Shirov himself (Kasparov v Azmaiparashvilli is the only exception). Three cover 5 g4, one looks at 3...exd4 and the rest demonstrate the Hanham Variation.

It's fascinating to hear all about Shirov's invention from the man himself. The Philidor may have limited appeal, but any trip to Planet Shirov is well worth the effort. This is another fine addition to the growing collection of his best games.

The ABC of The Ruy Lopez
Second Edition
By IM Andrew Martin
4 hours 54 minutes
ChessBase
‘In my opinion, all chess players should have at least a working knowledge of this venerable opening and that is what I am here to provide’.

The subjects of the lectures provide a self-explanatory listing of what to expect:

Black Tries to Smash the Lopez

5 d3 is a good choice in order to present a repertoire to the viewer without having to o into detail about a lot of the long theoretical options at Black's disposal.

‘…we concentrate on practicality and making the ideas easy to understand.’

White has a clear plan of action: c2-c3, Nb1-d2-f1 and then on to either g3 or e3. Black’s sharper options, such as the Marshall and Open variations, are outlawed so it could be frustrating for the second player. 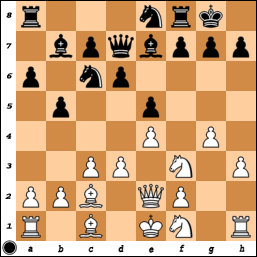 Steinitz - Blackburne London 1876
The first demonstration of White’s ideas comes from the first World Champion himself. The flexible position allowed him to castle Queenside and build up a ferocious Kingside attack.

The first edition of the DVD included illustrative games up to 2004. Naturally, theory has moved on since then and this new edition benefits from the addition of seven new video clips. 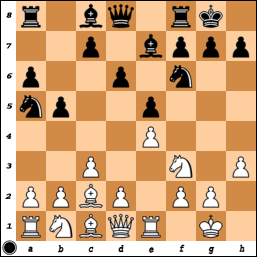 Black plays 10...d5!? and has some fun, but the repertoire given for White on this DVD - with 5 d3 - rules out the whole line anyway, so White players following the advice given shouldn't have to worry too much.

The Berlin Defence is still trendy, nine years after Kramnik used it to keep Kasparov at bay and seize the world title. 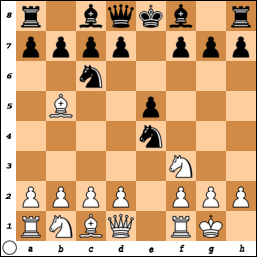 The 2004 lectures focus on 5 Re1 but attention is switched to the standard 5 d4 in the new material, with illustrative games from 2009

The new material adds up to an extra 1 hour and 22 minutes, so I think it's worth upgrading if you already own the original edition.

This is the best of the three IM Martin releases of this month and should enable viewers to add the Spanish Game to their repertoires reasonably quickly.

The ABC of The Vienna
By IM Andrew Martin
3 hours 42 minutes
ChessBase
‘It’s easy to underestimate the Vienna Game. Indeed, 2 Nc3 is hardly to be seen at Grandmaster tournaments. I think this is a whim of fashion and will certainly change over the next decade.’

IM Martin begins by presenting a quick run through on things to watch out for in Open Games followed by a brief survey of the main ideas of the Vienna Game. With 2 Nc3, White deters Black’s …d7-d5 and keeps the option of playing an early f2-f4.

Some of the games are quite old. We get to see Larsen in his pomp, putting Spassky and Portisch to the sword. Recent games are included too, with a couple of examples from 2009, although it has to be said the rating difference between some of the players makes the choice of opening irrelevant.

Instead of the classical development of the Bishop to the c4 square, the recommendation here is to develop it on a different post against the main Black option: 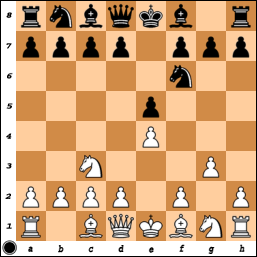 However, there is an overlap here with another ChessBase DVD, namely '1 e4 For The Creative Attacker' by GM Nigel Davies. On that DVD, the Glek System of the Four Knights Opening (4 g3) is shown to transpose often to the 3 g3 Vienna. ( http://marshtowers.blogspot.com/2008/05/chess-reviews-46.html )

All in all, I didn't feel particularly inspired to investigate the Vienna further. It might be ok at club level as an occasional surprise but I doubt very much that it will ever become fashionable at higher level.

The ABC of Chess Openings
Second Edition
By IM Andrew Martin
6 hours 24 minutes
ChessBase
Attempting to run through the basics of all types of opening is an ambitious task. Yet IM Martin attempts a whistle stop tour of the Open games, Semi-open games, Closed games, Semi-closed games, Flank and Irregular openings.

We are introduced to basic guidelines for each family of openings and some thematic games.

I'm not sure that the format and material given will provide the student with much of a general grounding after all. Some of the lectures seem rather abstract. For example, in the Grunfeld Defence, a very rare move is demonstarted: 1 d4 Nf6 2 c4 g6 3 Nc3 d5 4 cxd5 Nxd5 5 e4 Nxc3 6 bxc3 Bg7 and now 7 Bg5 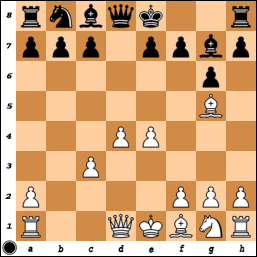 In my opinion, an 'ABC' should consist of simpler ideas and suggestions. Those new to the Grunfeld will not end up being all that much wiser having investigated a curious sideline.

The new material gives the viewer an extra 1 hour 15 minutes compared to the older edition. This is advertised as some ‘repertoire suggestions’ but is really too brief for that purpose. For example, when suggesting a line against the Alekhine, 4 Nf3 is the recommendation. 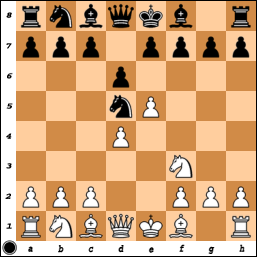 However, only 5...dxe5 6 Nxe5 c6 is given as a Black response. IM Martin does emphasise the need for further study but I don’t think presenting ideas with such brevity can constitute a ‘repertoire suggestion’.

I think this DVD is a missed opportunity and there is still a gap in the ChessBase catalogue for a proper introduction to the basics of the openings.