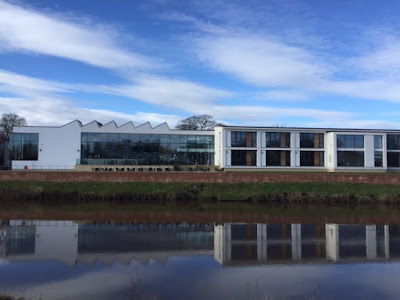 The local entertainment factor was cranked up to 11 last weekend as tribute acts hit the Princess Alexandra Auditorium over the course of three consecutive evenings.

The Roy Orbison and the Travelling Wilburys Experience, The Johnny Cash Roadshow and Totally Tina covered a variety of musical genres, giving Yarm its own Big Weekend to follow up the success experienced in Middlesbrough.

Perhaps having three consecutive events was a factor in the reduced audience numbers. The final of the Champions League and Take That’s appearance in Middlesbrough on the same weekend may also have had an effect.

Nevertheless, despite the relatively empty side stalls, the people who were there clearly enjoyed all three evenings.

We are not going to experience the music of the three acts in real life any more so tribute acts represent an excellent way of enjoying and exploring the respective back catalogues. All three acts had their sets enhanced by video backdrops showing images of the real artistes in action; all played over two sessions, with support.

The Roy Orbison and the Travelling Wilburys Experience played with very good humour and set was augmented by numerous stories and anecdotal snippets about how the five stars came to work with each other and on the making of the original albums. Roy Orbison’s shockingly early death in 1988 aged just 52 curtailed any plans of a tour or further recordings. It was the same year I started working in schools and I remember relaying the news to shocked staff upon arrival (nobody had Internet or email updates back then; news travelled much more slowly). 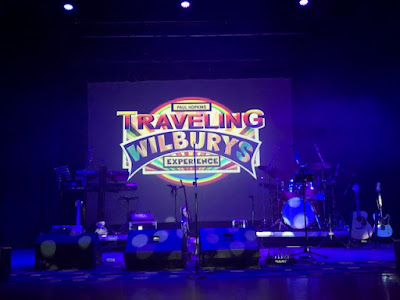 Other snippets were educational. I found out, for example, that Del Shannon was almost the sixth Wilbury.

The set list went beyond the repertoire of the Wilburys and offered up prime cuts from the work of each star, leading to a very good evening indeed - and a fine start to the weekend of music.

The Johnny Cash Roadshow was the most serious of the three events. Every era of The Man in Black was covered, including, of course, the ....prison visit. All of the old favourites were present and correct, including, a burning version of Ring of Fire, which finally brought the audience to their feet. 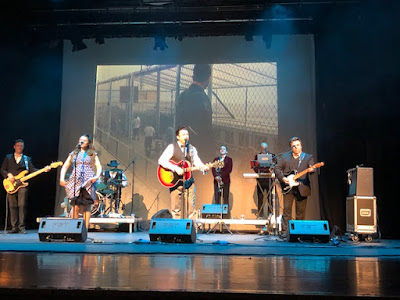 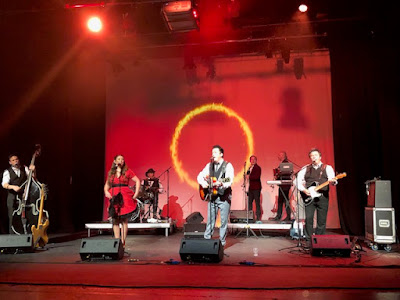 The weekend came to a mighty end with a storming performance from Totally Tina, an act which brought the finest songs from Tina Turner’s extraordinary back catalogue to the good people of Yarm.

This was such an entertaining evening, bringing the busy musical weekend to a fitting conclusion.

The band was on top form and the four dancers certainly kept everything moving (in more ways than one) with too many costume changes to count and an impressively wide range of dance routines. 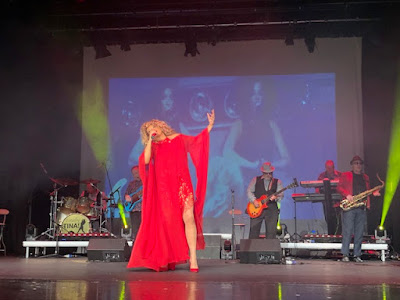 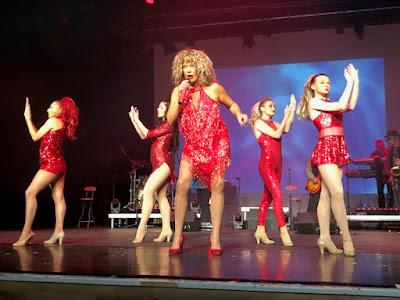 The set was perfectly paced to induce the audience to dance towards the end of the second half of the show. 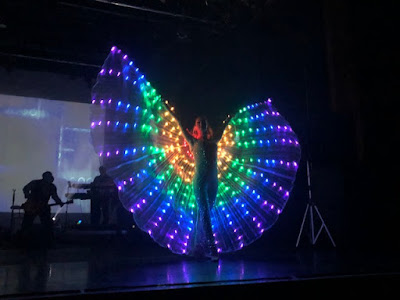 Tribute acts can be hit and miss, of course, but this fine trio of events made it three impressive acts out of three and I would be happy to see all of them again.

It all proved a worthy start to the month of June, which is shaping up to be the busiest of all months for gigs...
Posted by Sean Marsh at 22:32