The Spice Girls at The Stadium of Light

The route to the Stadium of Light was packed with people of all ages. Groups would spontaneously peal off to the side to break out into song; others stopped to have their faces painted and glittered. It was an atmosphere quite unlike any I had experienced at other gigs and it was entirely positive.

The stadium was noisy as people took their places. As usual, there was a lot of coming and going while the support act was on but there was no denying the building sense of anticipation. 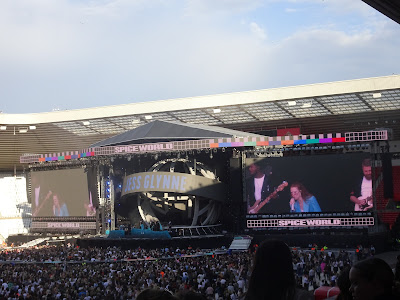 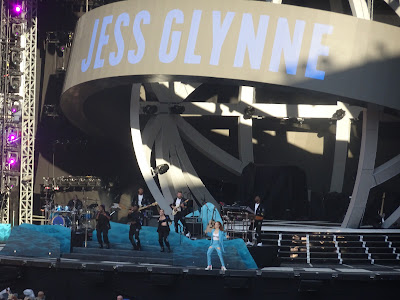 I thought Jess Glynne did a good job as the support act, warming up the audience nicely. People I spoke to later disagreed and felt she relied too much on her backing singers. This week there has been controversy over her pulling out of a festival appearance at the last minute, with anxiety and/or partying taking the blame. It will be interesting to see how career develops from here.

The arrival of the Spice Girls was heralded by a growing number of dancers who appeared on the stage. They seemed to be a random assortment at first but they built into themed teams and it became apparent they were to split into four factions - one for each of the stars. Yes, five became four for this reunion tour and the absence of Posh was highlighted on one of the most common T-shirts of the crowd, which showed the names of the girls with Posh crossed out. 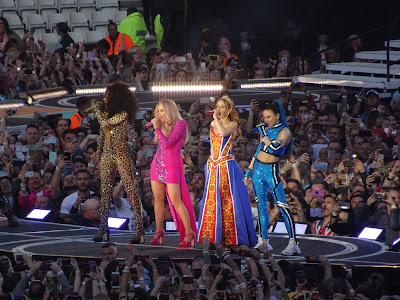 Suddenly Ginger, Baby, Scary and Sporty were side by side on the stage, ready to rock. The audience’s reaction was everything one would expect it to be. 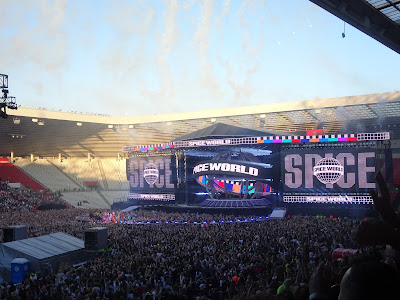 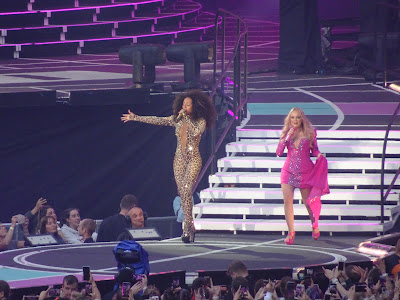 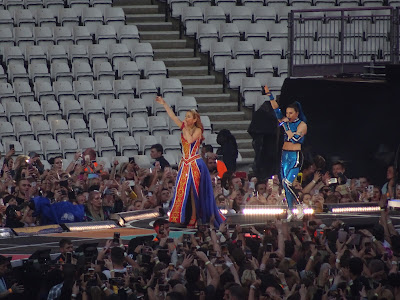 The show did slow down when the girls left the stage for various changes of costume. The dancers filled in the gaps but it took too long each time (although not as long as Katherine Jenkins needed.) 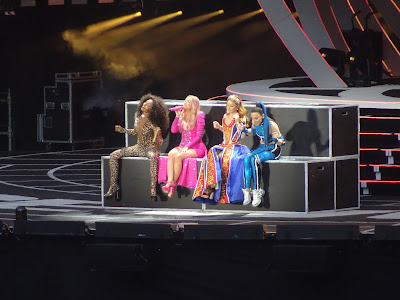 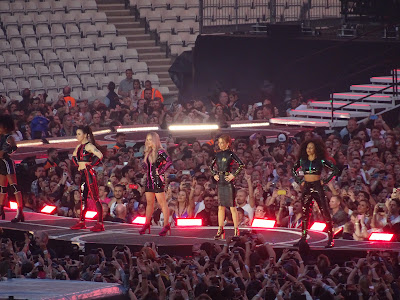 The whole Spiceworld set up was spectacular and the girls themselves are clearly in great shape. The much-quoted sound problems were absent at the Stadium of Light, with only the noise form the exuberant crowd having the potential to drown out the spoken pieces between the songs. Scary’s language was inappropriate when discussing the time Ginger left the group; with so many very young fans in attendance there was really no need to lapse into vulgarity. 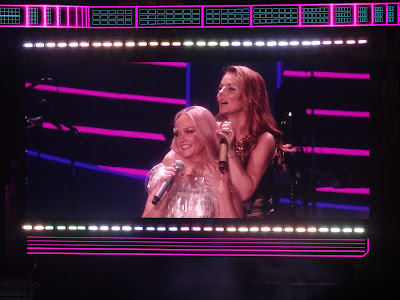 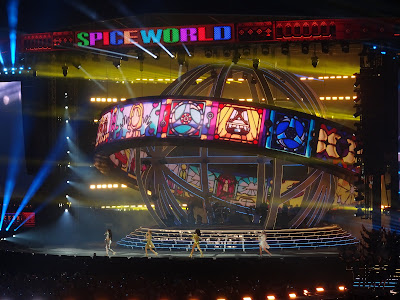 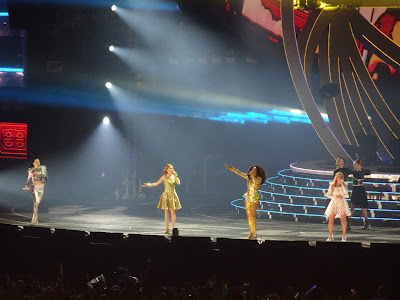 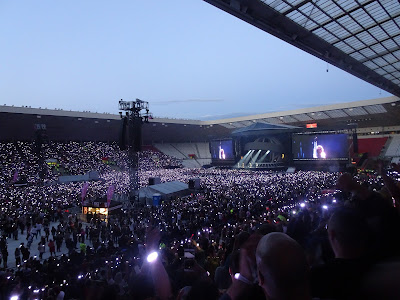 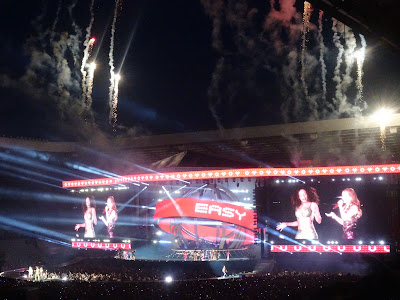 The percentage of females in the audience was very high, which caused mayhem during the break between acts. The women stormed the men’s toilets leading to many a crossed-leg scenario. ‘You can use the troughs’ they said, as they laid siege to the cubicles. That really was girl power in action. 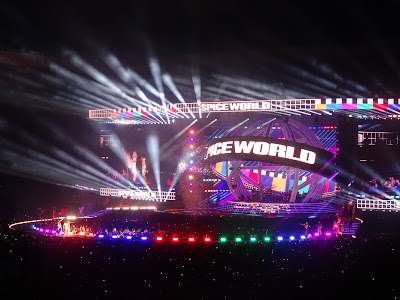 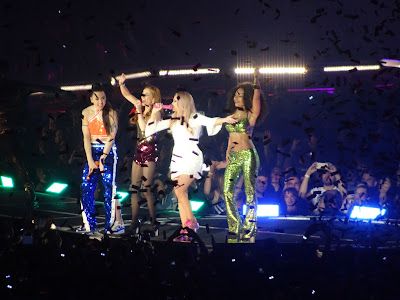 There’s no doubt about it; this was a fabulous feel good evening and a great occasion for North East England. What next for the Spice Girls?
Posted by Sean Marsh at 00:27