I just happened to be working in London when Bikini Kill were on in Brixton. Their unexpected return to action after more than 20 years away brought a large slice of feminist punk to the city. They had been in Brixton for a sold-out show on the previous evening too.

I wasn't entirely sure what to expect from there evening when I queued in the rain between a man in a dress and two girls with bright green hair. I have been to the Brixton Academy many times over the years to see many different gigs, but this one had a palpable crackle of energy like no other.

Also on the bill were The Tux... 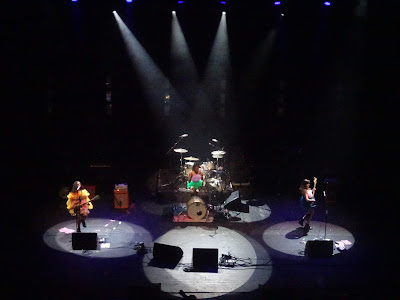 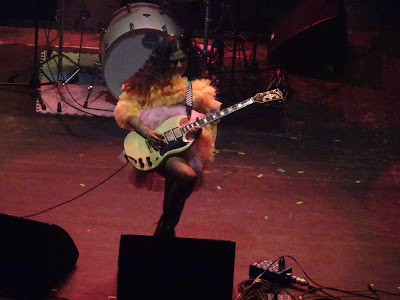 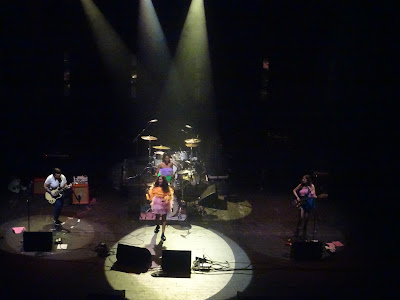 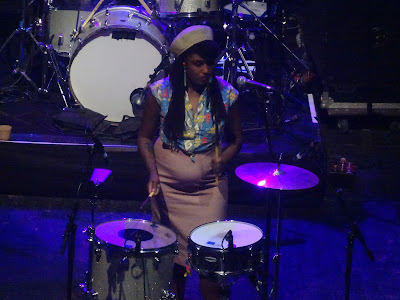 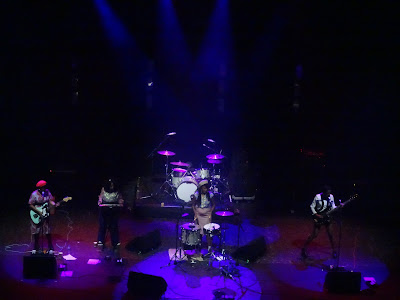 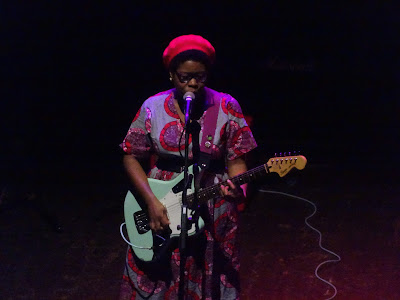 Both support acts shared the same genre as Bikini Kill. The music was loud, brash and immediate. There were axes to grind, causes to fight; a very different kind of Girl Power to that seen the previous week. Indeed, Bikini Kill are - and always were - prime players in the riot grrrl movement.

I could feel the growing sense of anticipation in the hall when the time ticked down towards Bikini Kill's entrance. Two people behind me were repeatedly shouting 'Oh my God! Oh my God!' out of sheer excitement. 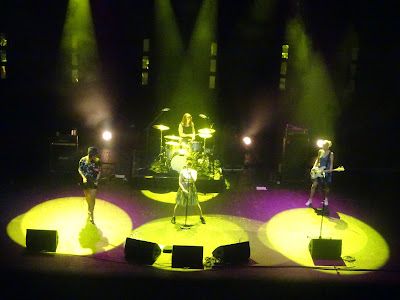 Bikini Kill switched vocalists and instruments several times throughout the evening. I have never seen such frequent switching during a gig which went far beyond a change of vocalist to give the main one a rest, or a swap of lead guitar for bass for one or two songs. No, this was large-scale, on-stage evolution. 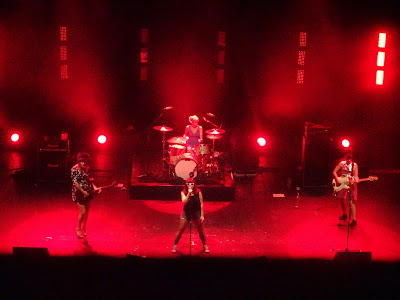 It was definitely a lively evening, showcasing anger, defiance and energy in equal measure, topped off with a slice of revolution. 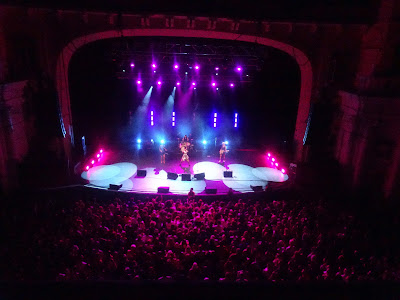 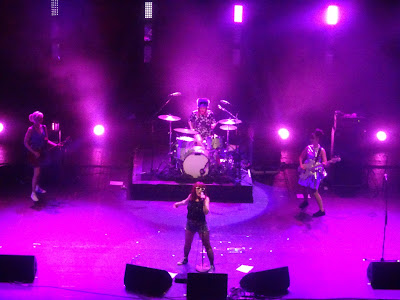 Double Dare Ya
Suck My Left One

That's a lot of songs but they were all relatively short. 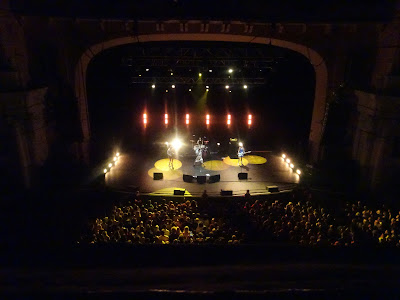 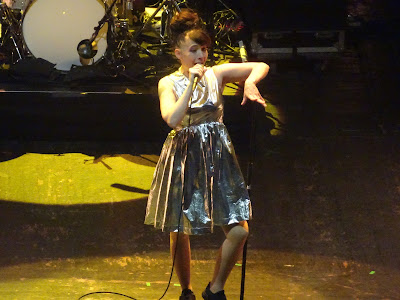 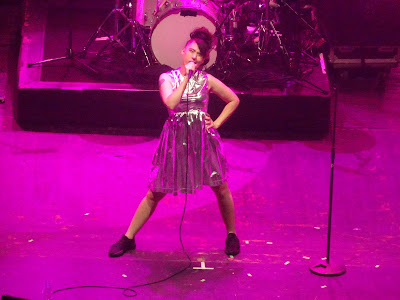 It was an explosive and highly potent return to the stage for Bikini Kill; an evening like no other. Are they back for good? Will there be new material? They certainly seemed to be enjoying themselves and they still have plenty to say, so watch this space...

Meanwhile, there will be more punk gigs for me later in the year.
Posted by Sean Marsh at 00:28