T-Rextasy made a swift return to Teesside following their appearance in Middlesbrough back in May.

We always knew what to expect from T. Rex - catchy hits, riffs, rock 'n' roll, boogie and a whole lot of fun; T-Rextasy keep up the tradition and tick all of the boxes. People were up and dancing from very early on in the first half of the show (by the way, as usual it was a prompt start at 7.30 pm with no support, so make sure you get to a T-Rextasy concert in good time).
The tempo didn't drop; the hall crackled with energy throughout both sets as hit after hit was unleashed: Jeepster, I Love To Boogie, Baby Strange and New York City to name but four. 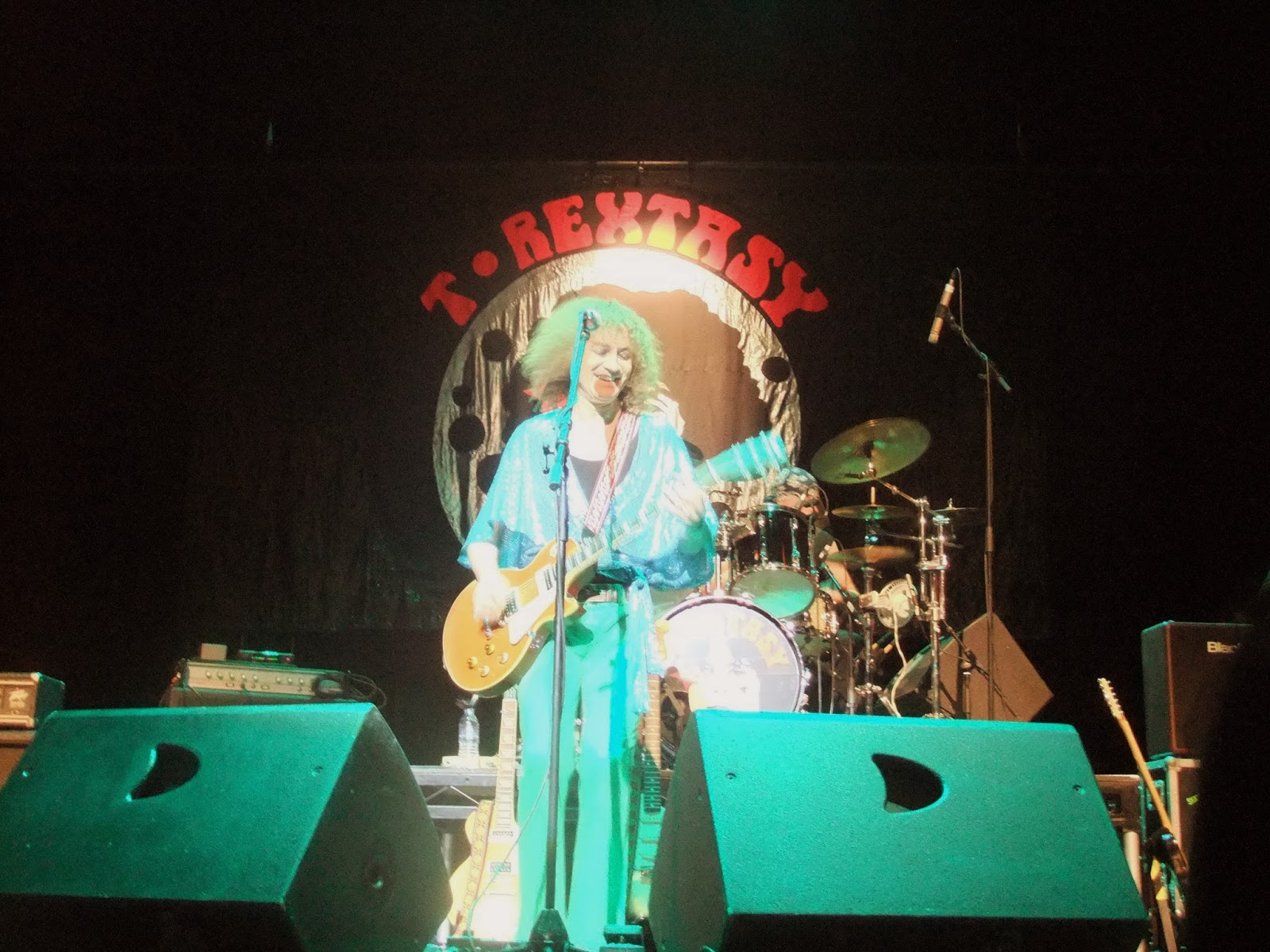 It was great to see fans of all ages - at least, from early teens to early 70s by the look of it - simply having a wonderful time.

T-Rextasy tour almost constantly - the dates are regularly updated on their website - so there's no excuse not to get out and see them in Easy Action.  Get it On!
Posted by Sean Marsh at 09:21