Kathryn Tickell and The Side

Kathryn Tickell and The Side combine two classical musicians and two from the folk world. The fusion of styles produces an extraordinary sound, powered by fiddle and Northumbrian pipes (Kathryn) in conjunction with the glorious weaving of cello (Louisa Tuck), accordion (Amy Thatcher) and harp (Ruth Wall). It all sounds a shade on the unlikely side but it works - magnificently. 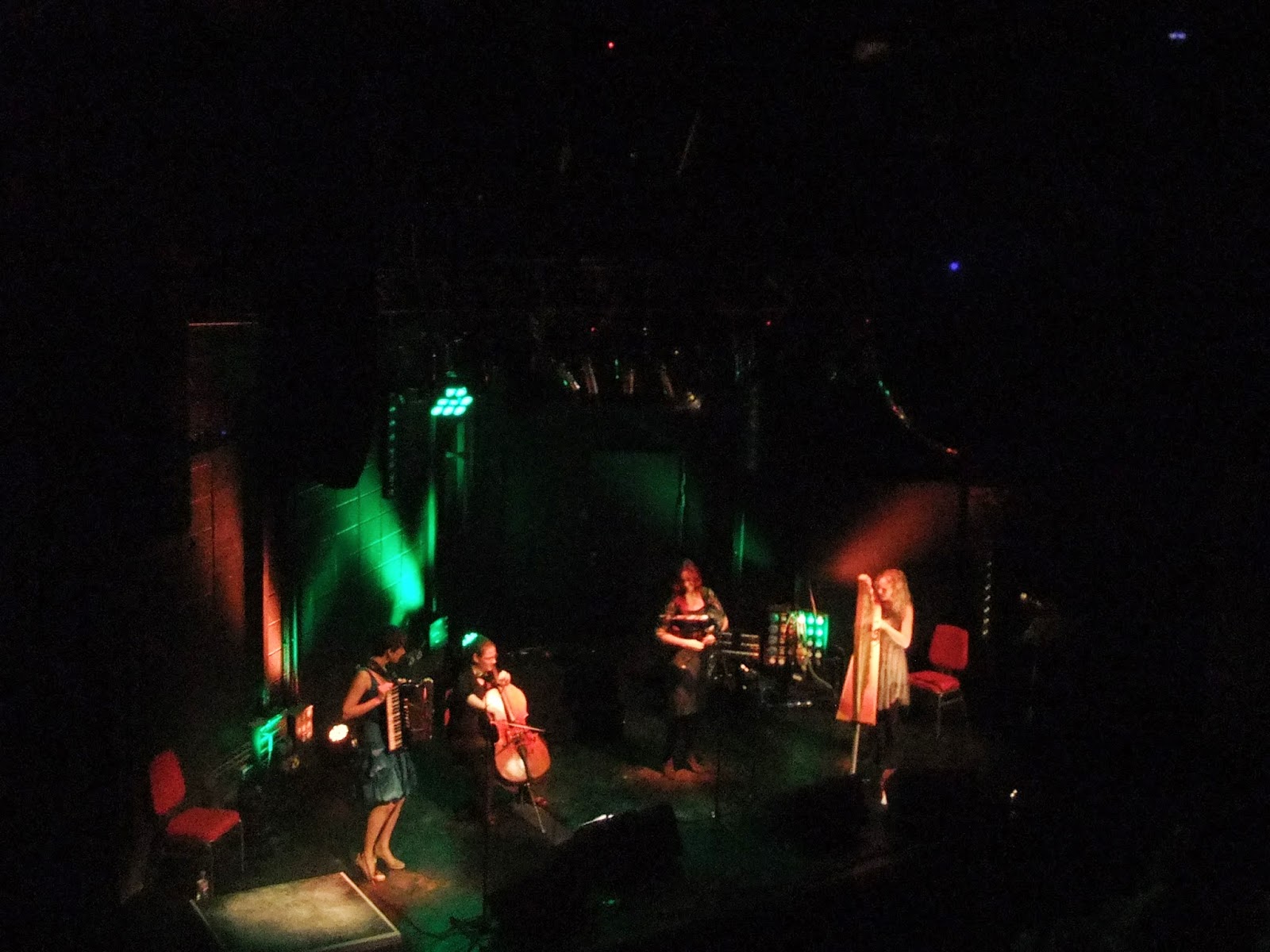 It all made for one of my most unusual Arc experiences. The set list featured just one song (Queen of Pleasure) amid a forest of instrumentals and was augmented by a brace of performances of clogg dancing and a couple of unexpected twizzles of the cello. 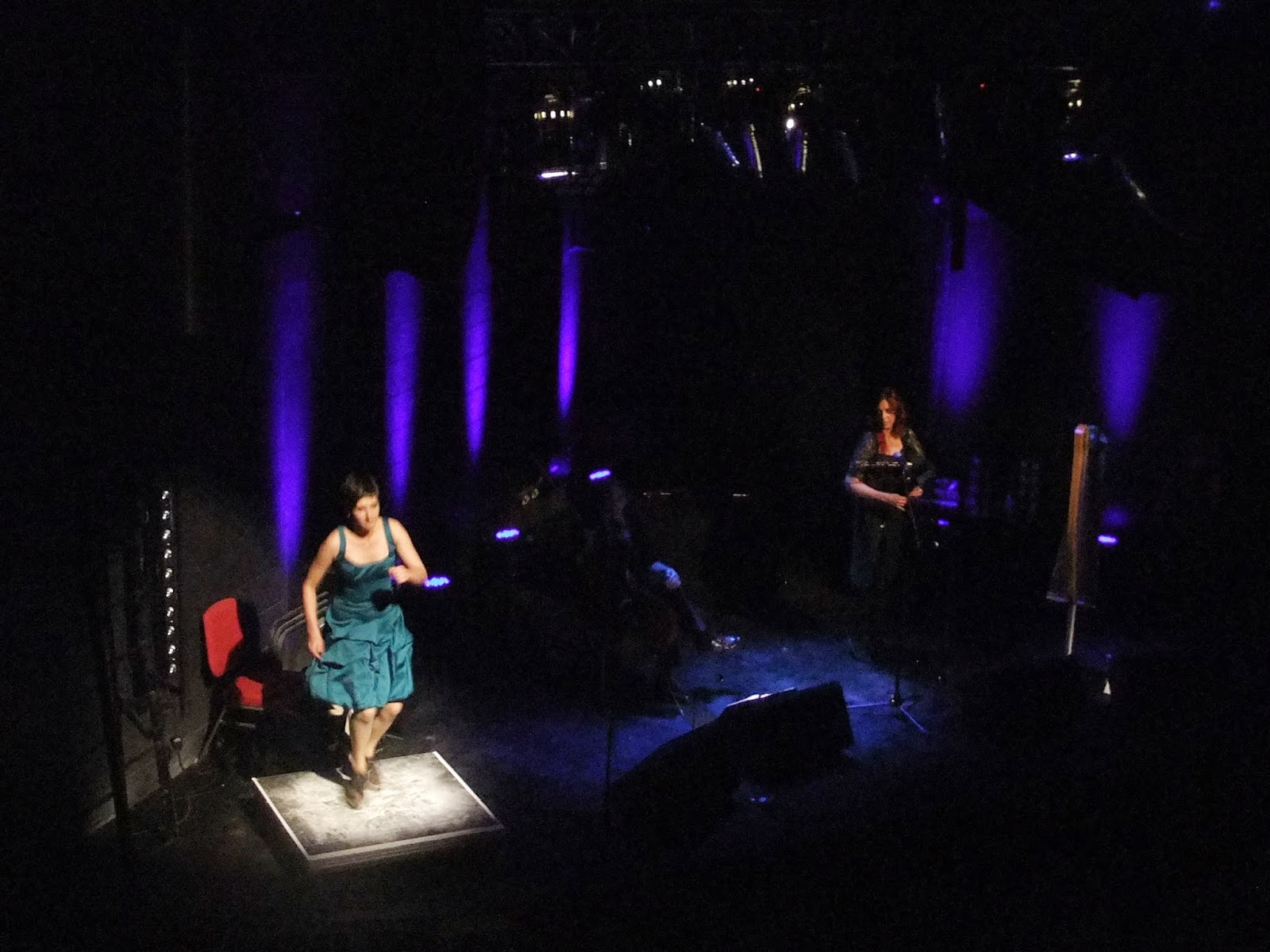 Prime cuts from the recently-formed group's (self-titled) debut album made up a solid portion of the set list. It was all too easy to allow oneself to slip away into another world while listening to the beautiful, ethereal music. 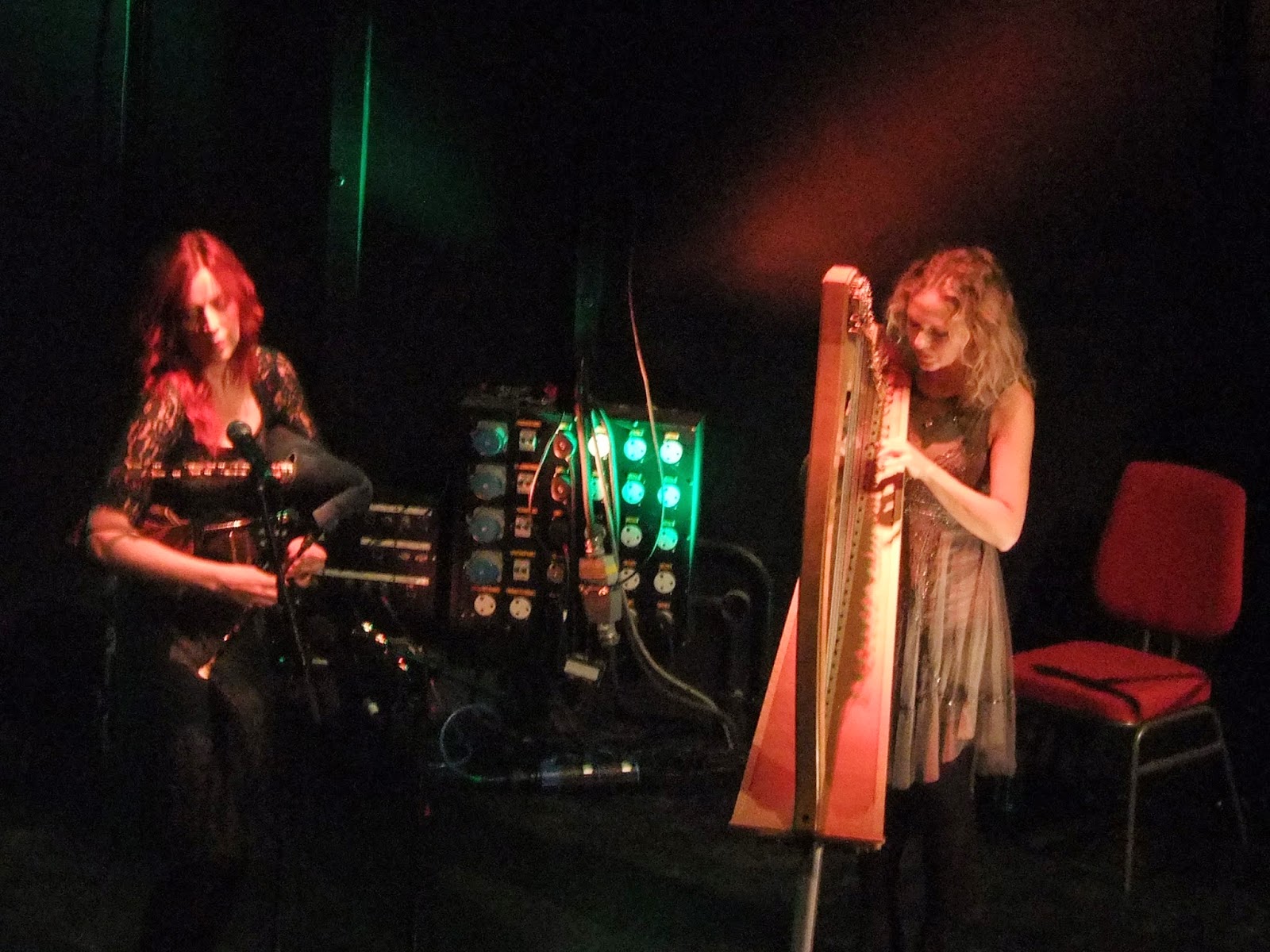 Find out more about Kathryn Tickell and The Side over at their official website.
Posted by Sean Marsh at 06:03