Here's my concluding set of photos from the London Chess Classic. There are snaps from other bits of pieces from my London trips still to come. 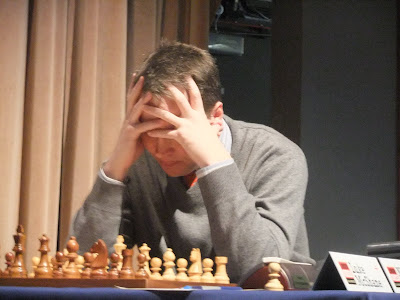 Chess is still a tough game 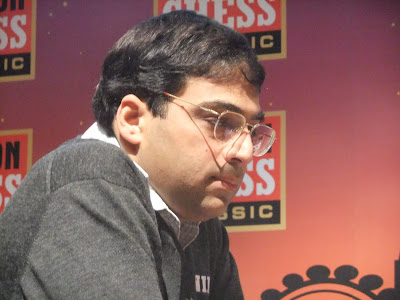 The World Champion focuses before the start of play 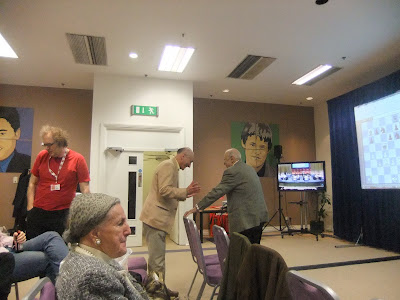 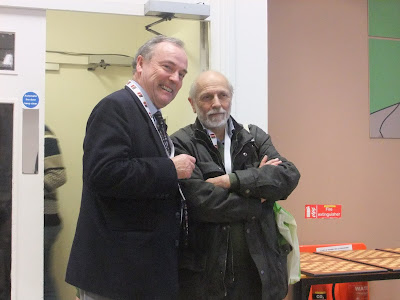 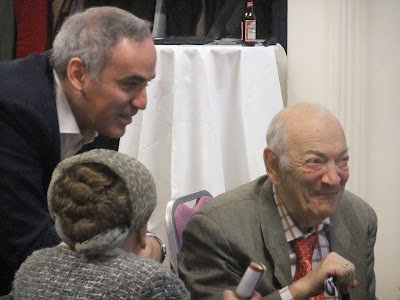 ...and even more, as Garry Kasparov chats with Mr and Mrs Korchnoi 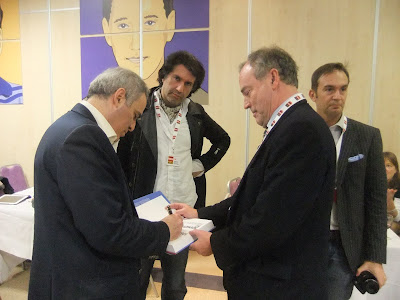 Richard getting his book signed by The Boss 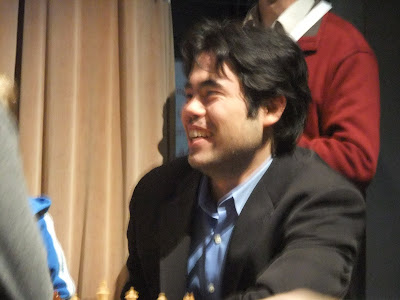 Hikaru Nakamura, enjoying the fact that one of the juniors,
called in to make the first move of the game, chose 1 Nh3 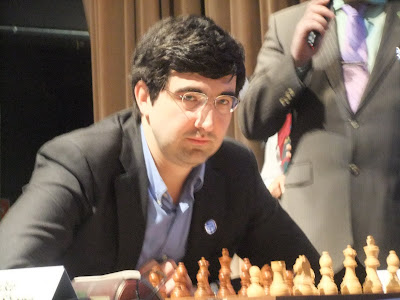 Vladimir Kramnik on his way to a great tournament victory 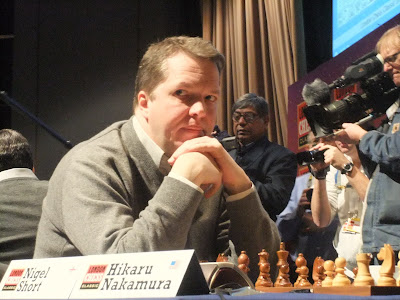 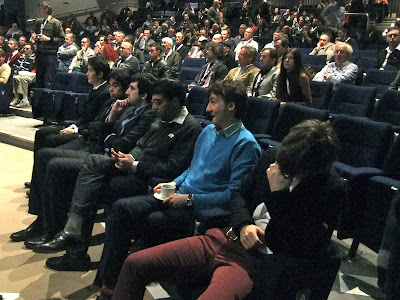 The players await the start of the round.
Magnus Carlsen likes to avoid the cameras 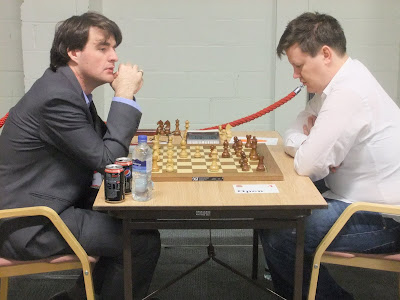 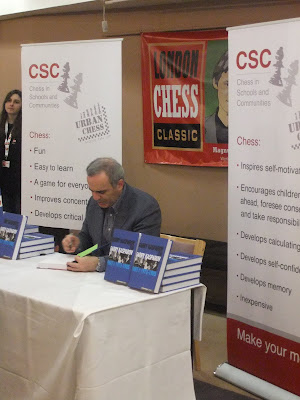 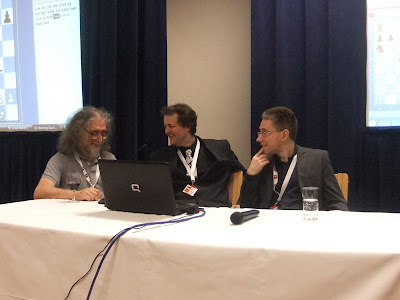 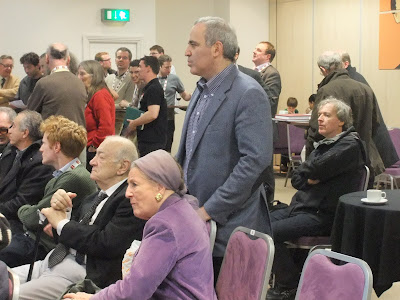 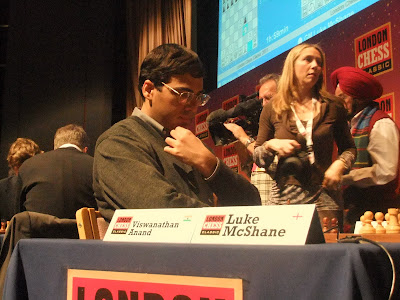 Anand didn't have the best of tournaments 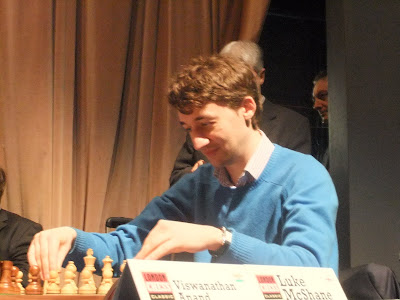 Luke McShane, on the other hand, was on terrific form 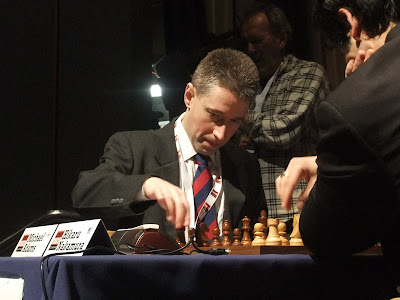 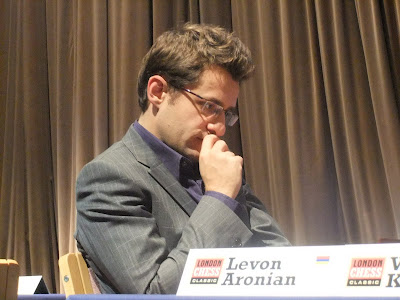 Lev Aronian, during his (eventually drawn) game with Kramnik 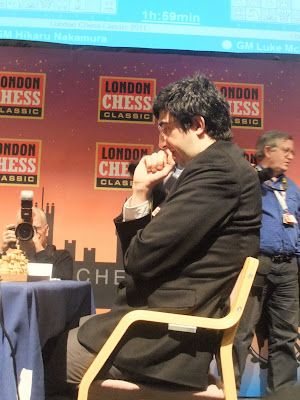 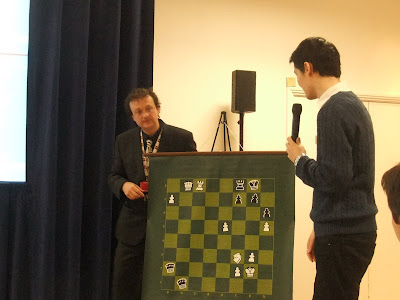 In the V.I.P. room, David Howell demonstrated to Julian Hodgson how could have prolonged his game with Kramnik. Instead of resigning, he could have tried... 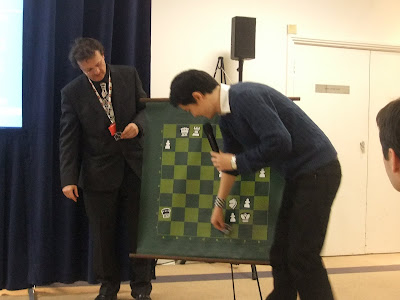 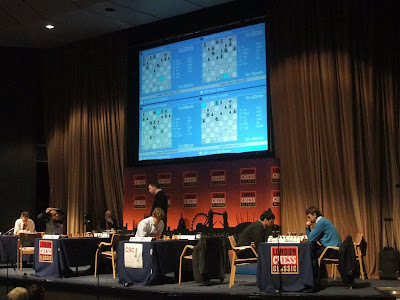 The last round in full swing 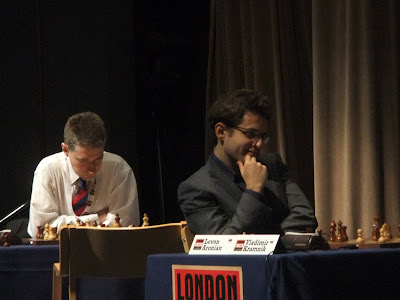 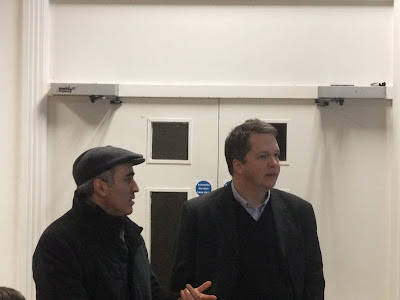 Kasparov and Short analysing the games 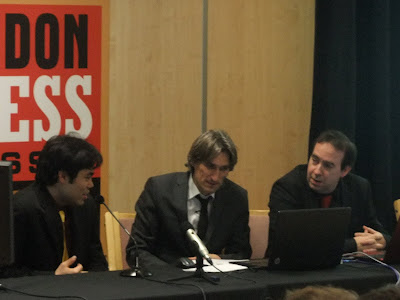 ...and finally, Nakamura talks to Danny King and Chris Ward
about his last-round win against Adams, which the latter should
probably have won.
Posted by Sean Marsh at 13:30