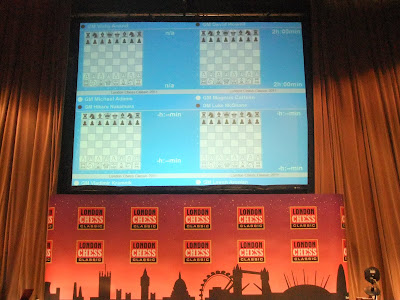 The demonstration monitors are ready for action! 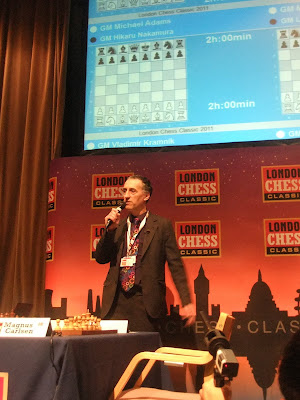 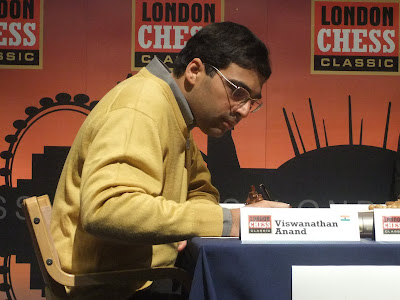 The World Champion, Viswanathan Anand. He made a slow start to the tournament and left it until round five before scoring his first victory. 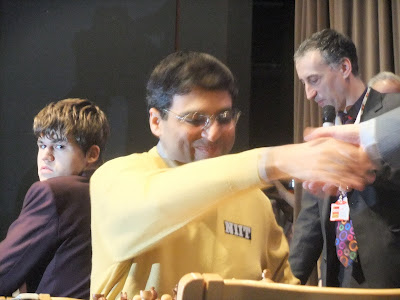 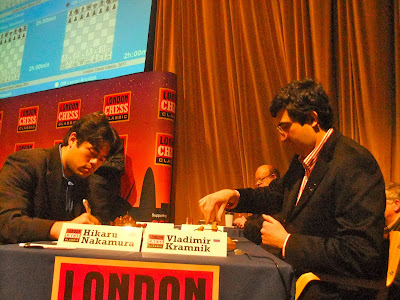 Hikaru Nakamura faces former World Champion Vladimir Kramnik. The latter has especially good memories of London, having defeated Garry Kasparov there in 2000, taking the world title in the process. 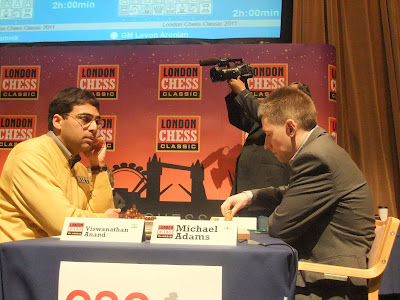 The British Champion - Michael Adams - is ready to play the World Champion. 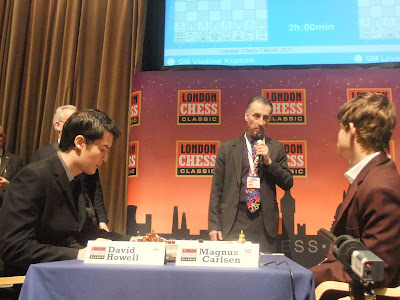 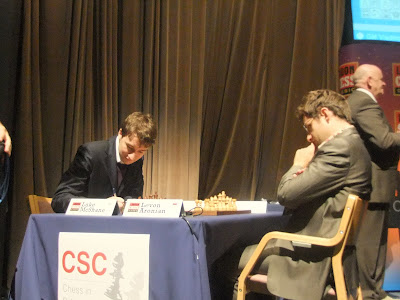 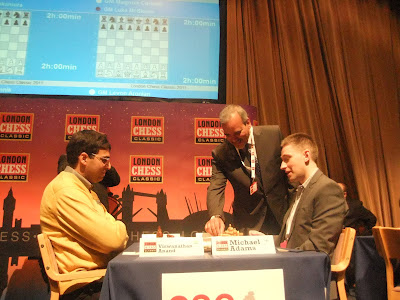 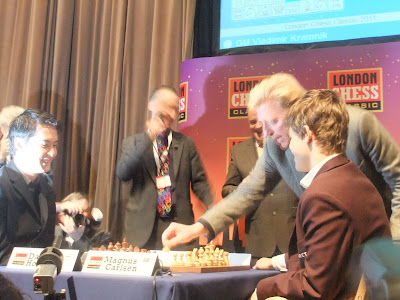 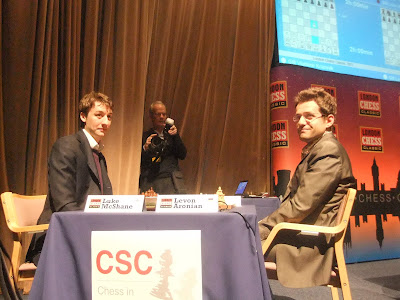 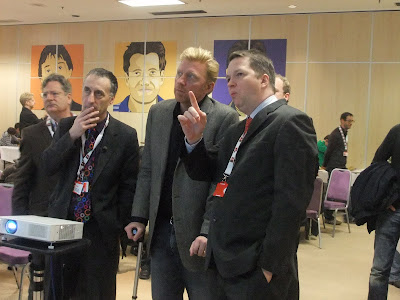 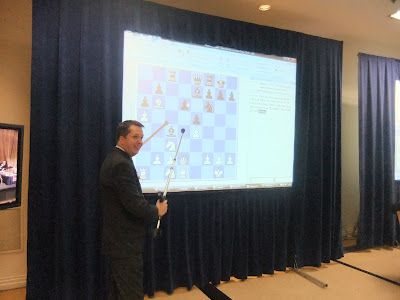 Nigel was quick to use one of the crutches as a pointing stick. 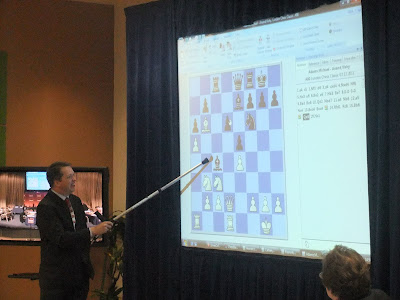 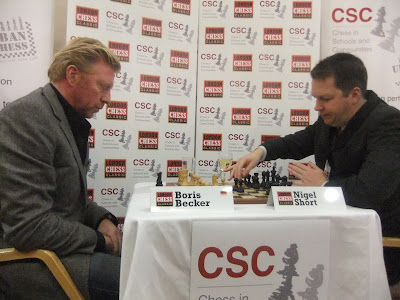 The big exhibition match. Short won but a tennis version of the pairing isn't likely to happen. 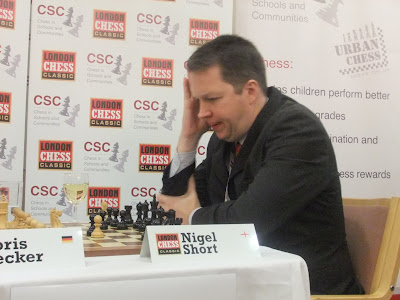 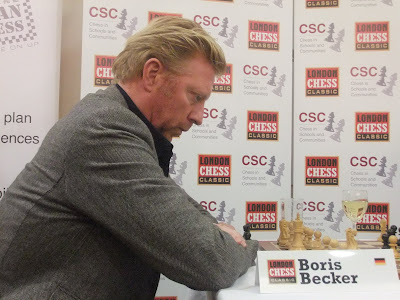 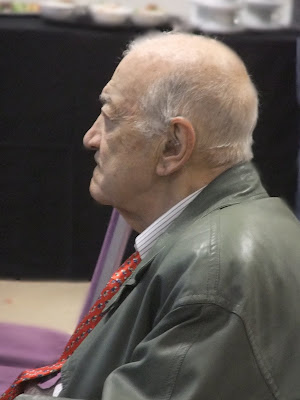 Viktor Korchnoi arrived in the VIP to spontaneous applause. Once seated, he analysed non-stop until the end of the games. 80 years old and still full of chess. 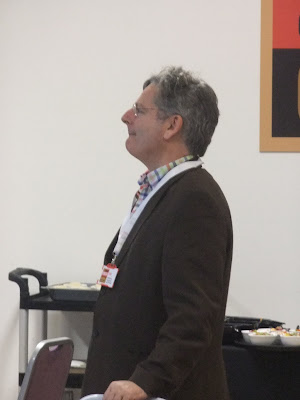 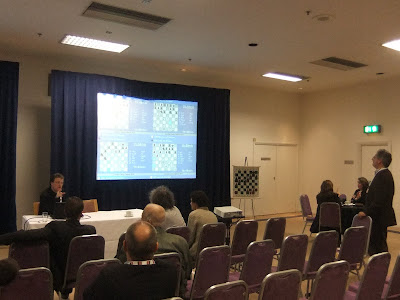 Julian Hodgson was the MC in the VIP room.
Posted by Sean Marsh at 00:00