The ABC of the Sicilian Dragon
By IM Andrew Martin
4 hours, 10 minutes

‘Can it really be sensible for the club player to wade in these dangerous waters? Will the game not reduce to a battle of memory, particularly in the Yugoslav Attack? Not everyone has the talent of Kasparov, Carlsen, Topalov or Golubev.’

The short introduction features a typical pep-talk from IM Martin, claiming that the basics of the Dragon are actually fairly simple to learn and offering to supply a repertoire to bypass a lot of established theory. ‘This is the new Dragon - and the future looks bright’.

It’s an ambitious task. Whole books have been written about different variations of the Dragon and the weight of theory is a heavy deterrent for most players who would like to play such an interesting opening but lack the time to keep up with the latest developments.

Never one to back down from a challenge, the presenter dives straight into the deep end with coverage of the Yugoslav Attack; first showing a ‘what to avoid’ crushing White win before demonstrating Black’s recommended recipes. 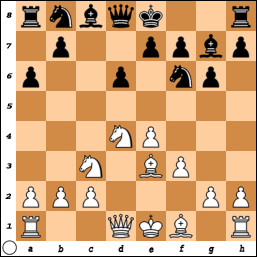 One of the keys to success is flexibility. Given that: ‘The White attack resembles a tank or a lumbering mummy’ Black can keep his options open, especially as regards castling.
White’s ninth move options, namely 9 Bc4, 9 Bh6, 9 0-0-0 and 9 g4 are all given considerable scrutiny.

There are 15 video lectures on the Yugoslav and the section concludes with the famous game between John Littlewood and Mikhail Botvinnik (Hastings 1961/2), in which the famous champion stunned onlookers by successfully walking the tightrope against one of England’s most dangerous attacking players. 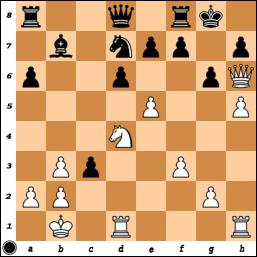 Black seems to be in trouble but after 18 …dxe5!! 19 hxg6 Nf6 he went on to win in 28 moves. Readers who like a challenge may wish to try and work out what the intended response to the deadly looking 20 Nf5 would have been (Littlewood played 20 bxc3 instead).

Such diabolical resourcefulness is not only typical of the sharp Dragon - it is often absolutely essential. Some players will really struggle to navigate unexpected tactical twists and turns; the Dragon is not an opening to be adopted by all and sundry.

The Yugoslav section is followed by six lectures on the Classical Variation. IM Martin recommends heading down the main line, to reach this position… 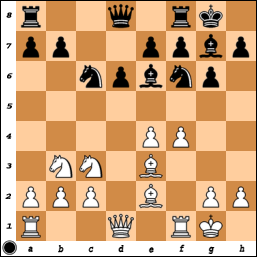 Three lectures take care of the tricky Levenfish Variation, advocating 6...Nbd7 to rule out an early e4-e5 by White.

There’s a lecture on the Fianchetto Variation and one on sixth move odds and ends (6 Bg5 6 Nd5 6 Nde2 6 h3). None are particularly popular or troublesome but having some knowledge of the basic ideas is important.

Three lectures on 6 Bc4 - a relatively new weapon - bring the DVD to a close, leaving just enough time for an ‘Outro’ to give the rallying cry: ‘…it is a thoroughly excellent opening which is easy to play and full of life!’

I'm still not convinced the Dragon is an easy option for club and tournament players and generally speaking I think IM Martin is best suited to bringing the secrets of lesser-known opening lines to our attention, rather than very theoretical main lines. That is not say that isn't a good DVD; however, I do recommend some background reading before adding the Dragon to your tournament arsenal and I think it will still be a task to keep up to date with the latest developments.

Attacking the King - For Experts
By GM Rustam Kasimdzhanov
4 hours

‘Ever since the beginning of chess, the assault on the king has had its own special magic; masterly attacking games, crowned by sacrifices and unforgettable combinations, have never ceased to attract and thrill the audience.’

The first half of the DVD gives examples of attacking play from all the official World Champions from Steinitz to Kasparov. Using one video for each champion, the lectures don’t always show the complete games, but the full moves are available in the ‘games’ section of the disc.

Some of the examples are more famous than others, such as the titanic Reti-Alekhine clash at Baden-Baden 1925. Others give the lesser-studied World Champions are chance to shine. 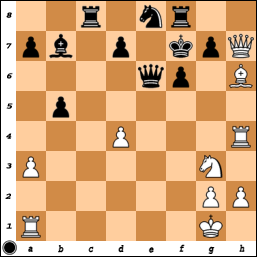 White’s attack looks convincing but attention should be drawn to the excellent positions of the Black Rook and Bishop. Such activity provides Euwe with a bombshell

GM Kasimdzhanov notes the presence of opposite coloured Bishops, increasing the potential of the attack and goes on to demonstrate and explain the remaining moves in style. 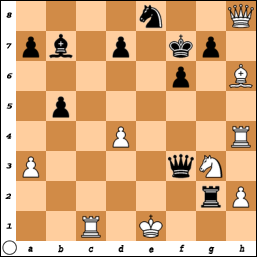 He then switches attention to his own games for the second half of the DVD, talking the viewer through nine very fine attacking games; two of them are against former World Champion Anatoly Karpov. The latter encounter clearly holds very good memories.

‘This is in fact one of my favourite games. I was incredibly happy to play it, especially since I had such a magnificent opposition.’

‘Here I was able to unveil my idea which I myself was very proud of. ’ 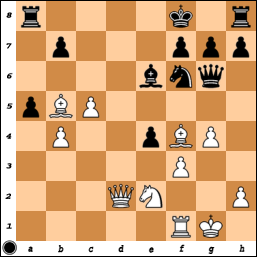 ‘A very rare kind of idea …to shut off the Black Rook from being used to defend the Black King and the point is that Black cannot take on b8 since Qd6+ , followed by mate on b8.’

The attack raged on until a final sacrifice forced resignation. 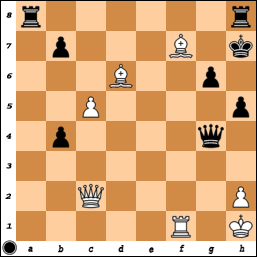 Entertaining and instructive, viewers should be suitably impressed and inspired by all of the games on the DVD.


‘The space White takes early in the game can easily translate into a powerful attack against Black’s King. In addition to this White can often inflict some damage on Black’s pawn structure by capturing Black’s knight on c6. These dual aims have certainly been giving Black plenty to think about.’

GM Davies confesses to experiencing a revelation as an 11 year-old: by playing 1 e4 e5 2 Nf3 Nc6 3 d4, White achieves an excellent position in the centre. Checking the idea in the theory books brought the bad news that Black’s easy development was good enough compensation.

That’s life, of course. 11 year-olds are set to have many disappointments through life. However, things turned out to be not quite so cut and dried for The Scotch Game. Former World Champion Garry Kasparov’s rehabilitation of 3 d4 took place at the highest level; three consecutive World Championship matches (1990, 1993 and 1995).

Despite the onset of theory, lively play and reasonably easy to learn plans make the Scotch a suitable weapon for players to add to their repertoires.

Maintaining his position as friend of the club player, GM Davies quite typically offers a ‘quick start’ option to ease the Scotch into one‘s repertoire - via the Four Knights Opening. This is analysed on the first part of the DVD, covering lectures 2-16

The standard target position for White arises after the following moves: 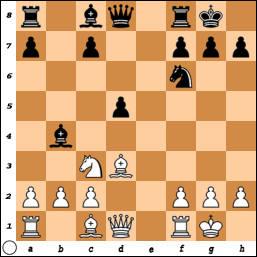 The main focus of attention falls on 10 Bg5, a straightforward developing move with a threat of the compromising 11 Bxf6, due to the pressure on d5.

Here we see a recurring theme of the whole opening. Black may enjoy good development but there’s always the danger of the compromised pawn structure coming back to haunt him. GM Davies nicely demonstrates various ideas, plans and pitfalls involving the uncomfortable Black pawn islands.

The second part of DVD covers the normal Scotch with 3 d4. The presenter admits that the material barely scratches the surface of the theory of the sharpest lines.

The bulk of the lectures on the main lines are devoted to The Mieses Variation and 4 …Bc5, in more or less equal measure.

The Mieses Variation is a tough one to learn. It is ‘…for young, energetic players with loads of time for study. It’s not for your more mature chess player who is rushed off his feet; he should stick to the Scotch Four Knights’

One of the standard Mieses positions shows the board ablaze and some pieces on unconventional squares. GM Davies explains the logic behind the moves and skilfully guides the view through the minefield of nuances and nuisances. 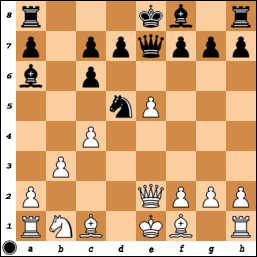 Players with Black are advised to avoid the line altogether. ‘Play (4...) Bc5, for goodness sake!’

The honesty of the presenter is further demonstrated by using his loss to GM Gawain Jones - on the Black side of a Scotch - as an illustrative game, despite the painful memories.

In all, there are 33 illustrative games. I enjoy the refreshing honesty of GM Davies. He never tries to sell his audience long theoretical lines which are almost impossible to keep up to date with. Indeed, his practical advice for club players is often as valuable as the actual moves he recommends.

I’d say this was the pick of this month’s very good bunch.


For further details of Chessbase products, please go to:

The older version has now been converted to 'Grandmaster Growl' and is his personal blog:

Thank you for the review. I don't have this DVD, but are considering buying it. I think I'll order a copy today.

I have quite a few of the ChessBase DVDs from Davies, and like you, find that his general advice for club players, who can't devote tons of time to study, is excellent. Nigel Davies is certainly one of the better authors of ChessBase DVDs. Other good authors of DVDs from ChessBase, are Jacob Aagaard (my personal favorite), Sergei Tiviakov and Ari Ziegler. I just bought the DVD on the Smith Morra Gambit yesterday from Lawrence Trent. That is the first time I bought a DVD from Lawrence Trent, and find that quite impressive, as he is objective about the gambit.