The English Opening
By GM Nigel Davies
Chessbase
8 hours
I don’t know many people who actually enjoy playing against the English Opening. In my experience, club and tournament players are rarely well prepared to meet it. Thus it seems a very reasonable idea to add it to your collection of favourite openings.
The repertoire analysed on this new DVD is based around the move order 1 c4 and 2 g3.
Following a short introduction (in which he shows how beat Nigel Short in a mere five moves - albeit when the future World Championship challenger was only eight years old), GM Davies methodically works through all of Black’s reasonable options of meeting 1 c4.
He starts with 1...e5 (12 lectures) and then moves on to 1...c5 (8 lectures). Next up is 1...e6 (8 lectures), followed by 1...Nf6 (6 lectures), 1...c6 (2 lectures), before concluding with coverage of 1...Nf6 2...g6, 1...f5 and 1...b6 (one lecture each).
By advocating 2 g3, GM Davies is able to bring lines into the repertoire which may not be the top theoretical recommendations but nevertheless carry a decent sting, especially against an unwary opponent. For example, when Black is hoping for a mainline reverse Dragon in this position: 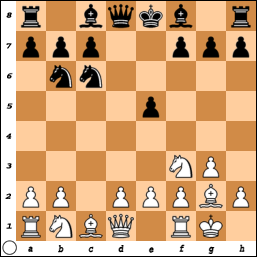 …the recommendation is that should eschew the normal development of the Knight to c3 in favour of creating different problems for Black to fathom. White can play b3 and Bb2, with early pressure on e5, and has options of heading for a quick e2-e3 followed by d2-d4. Black will probably spend extra time over the board trying to work out whether or not …e5-e4 is healthy option.

The Botvinnik System is given against lines in which Black follows up 1...e5 with a Kingside fianchetto.

1...c5 is met in an offbeat way too, with White opting for a slow build up via the route:
1 c4 c5 2 g3 g6 3 Bg2 Bg7 4 e3 eventually completing development in harmonious fashion before pushing in the centre. 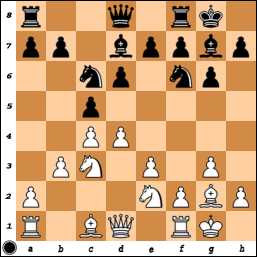 Filip went on to gain a solid space advantage which he definitely put to good use. 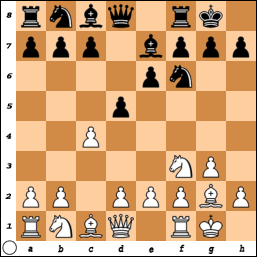 This is the theme throughout the presentation: White heads for positions he should understand better than his opponent and in which the real struggle comes in the middlegame.

The average length of the video clips is around the 12 minute mark. With the total running time clocking in at an astonishing eight hours, it stands to reason that it will take a number of sessions to view all of the material so the bite-sized chunks make the whole thing easily digestible.

GM Davies provides all of the strategies, plans and possible tactics necessary to turn 1 c4 into a very potent practical weapon. A big bonus is that, given the nature of the lines analysed, the viewer’s general positional understanding of chess will undoubtedly improve.

This DVD will appeal to those looking for brand new opening repertoire (and one the opponent can’t avoid). Those who already enjoy playing 1 c4 will find plenty of interest too and will be able to pick and choose which new lines to add to their existing arsenal.

The Tarrasch Defence to the Queen’s Gambit has received precious little coverage over the years. Yet it is a fighting defence and has been one of my favourites for over 20 years. I was therefore delighted to hear that GM Davies had recorded a Chessbase DVD on the subject and I have been eagerly anticipating its release ever since.

The introduction, running just under 23 minutes, provides a concise and instructive resume of the good and bad points of the Tarrasch Defence.

GM Davies shows how Black’s development is unusually good for a closed opening and the associated piece-play can be springboard for the second player to push for a win.

The Tarrasch can also be reached by transposition via a range of flank openings. The most off-putting factor remains the isolated Queen’s pawn (‘IQP’). However, at club level the chance of one’s opponents knowing exactly how to play against the target, and having the patience to do so, aren’t particularly high; tactics still decide most games and Black enjoys more than the fair share of those in the Tarrasch.

Boris Spassky famously used the Tarrasch five times against Tigran Petrosian in their 1969 World Championship match and scored a win and four draws on his way to becoming the 10th World Champion. The game he won forms the basis of the first lecture and clearly demonstrates Black’s main idea and plans.

The Introduction concludes with an examination of a typical IQP endgame in order to show that when things don’t go entirely according to plan, Black’s single weakness is often not enough to tip the scales decisively.

20 lectures follow, examining key games covering all of the main variations Black can expect to face over the board.

The illustrative games show how to play in the undisputed main line. 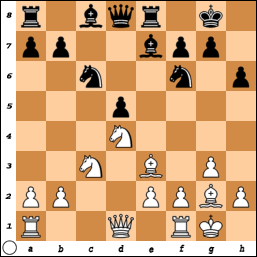 Attention is given to White’s options of 12 Qa4, 12 Rc1 and 12 Nxc6 but unfortunately coverage of 12 Qb3 is absent. This is an important line as it is the one which forced Kasparov to abandon his then-favourite defence when he suffered two defeats against Karpov in their 1984 World Championship match. Prior to that, Kasparov had used the Tarrasch to blast a path through the Candidates’ matches with notable victories over Beliavsky, Korchnoy and Smyslov and it was 12 Qb3 that made the defence Kasparov’s probably least imitated successful opening. 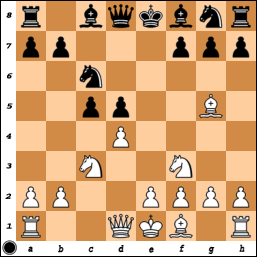 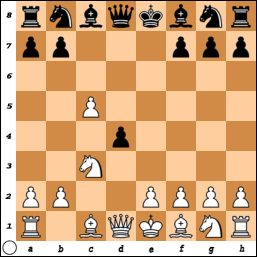 The Tarrasch Defence deserves much more recognition than it currently enjoys. Armed with the analysis and common sense advice given on this DVD, it could turn into a dynamic point-winner in your own games. Perhaps, one day, you could reach a position like this one. If you haven't seen it before try and work out how Black went on to win tactically and brilliantly. 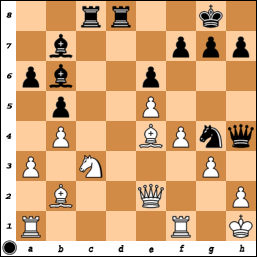 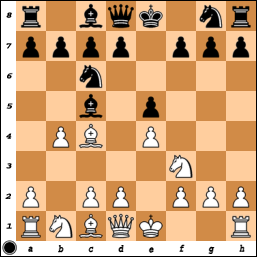 Following a short introduction, revealing the origins of the gambit, IM Martin introduces the plans and concepts behind the Evans Gambit with some excellent inspirational games, starting with Nigel Short’s victory over L’Ami at Wijk aan Zee earlier this year.

It is interesting to hear Short, these days a self-confessed ‘chess tourist’, compared to Bent Larsen due to his experimental opening play and general free-spirit approach to the game.
The lectures then look at each of the main variations in turn, complete with no-nonsense discussions on the merits of defects of each one. 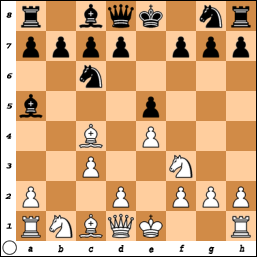 …the ‘Main Line’ is reached and this comes in for considerable scrutiny. Black’s other playable Bishops retreats are also covered in detail, even the unlikely 5...Bf8, which is showcased in the illustrative game Andersson - Mayet from 1867.

Nigel Short has several games on display and even World Champions Fischer and Kasparov get in on the act with crushing White victories. The Fischer game is his well known casual encounter with Reuben Fine and it is comparable, in some ways, to Morphy’s famous friendly game with the Duke and Count.

It is included on this DVD mainly as a tribute to the late Fischer, although it is inaccurate to say that ‘…he used the Evans Gambit on numerous occasions, with great success’; he never used it in a serious encounter and his simultaneous games were not all one-way traffic after 4 b4.
Nevertheless, it is a good demonstration of the sort of advantages White is hoping for in compensation for the sacrificed pawns. 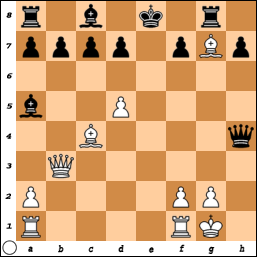 There’s no coverage of the Evan’s Gambit Declined apart from the obscure variation 5...d5.

The presentation of the material is extremely professional, with the presenter on top form. As usual, IM Martin leaves the viewer absolutely convinced that this is the right opening for them.

The emphasis throughout the lectures is on gaining a playable attacking position which should provide a lot of fun. IM Martin freely admits that Black is theoretically fine in the main lines and that the regular adoption of the Evans Gambit at a very high level would entail great risk.
However, it remains an ideal choice for club players and anyone studying this DVD will be able to enter into their Evans Gambit battles confident that they know an awful lot more about it than their opponents.

There’s an interesting ‘Bibliography’ at the end of the DVD, with IM Martin literally showing some of the books he used as source material. Some of the larger tomes, such as the relevant volume of the Encyclopaedia of Chess Openings, are mentioned but not shown to the camera; they were too heavy to take to Germany!