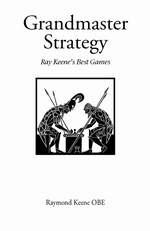 ‘Grandmaster Strategy’ was originally published as a limited edition hardback, to celebrate GM Keene’s 50th birthday. It is now readily available in paperback, thanks to Hardinge Simpole Publications.

The celebratory ethos of the book is confirmed in the preface:

‘According to my friend and colleague Dominic O’Brien, five times World Memory Champion, recollection of past triumphs is actually a positive stimulation for your brain. I have, therefore, unreservedly accepted his advice!’

Given Ray’s extraordinary success as an organiser and writer, it is easy to forget that he was a very strong player too and one of Britain’s first two Grandmasters (he received the title at the 1976 World Chess Federation Congress in Haifa, at the same time as Tony Miles).

From the late 1960s to the early 1980s he played in a plethora of important international events, including Hastings and no fewer than eight Olympiads. He won the British Championship in 1971 and the Lloyds Bank tournament in 1981.

The book presents highlights of Ray’s chess life from the years 1961-85, split into 10 chapters.

100 games are annotated; other games are included in the notes. Tournament crosstables are also included and, where appropriate, there’s brief notes on the background of the events.

The opponents include Botvinnik, Tal, Karpov, Gligoric, Timman and Miles and the quoted encounters are augmented by interesting and amusing biographical snippets.

The games come to an end less than a decade after the Grandmaster title was obtained.

'In 1985, after sharing first prize Malta, I switched from active tournament play to promotion of chess in particular and Mind Sports in general.’

Ray’s record of Mind Sports Olympiads, three London-based World Championship matches, the successful series of Staunton Memorial tournament and numerous other events is admirable to say the least. That, however, is a story for another time. 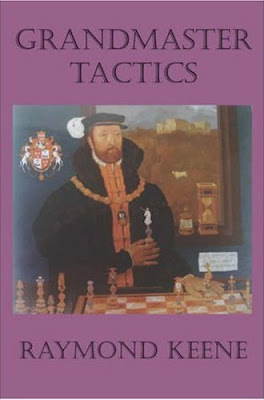 This is a companion volume to ‘Grandmaster Strategy’. The approach is different.

‘Although this book is primarily a collection of my games, it is also designed as a teaching manual to demonstrate how effective examples can be translated into wins in one’s own chessboard battles. The common theme, whatever the opposition, is to explain the ideas behind the specific type of openings which I consistently favoured over a chess career of around a quarter of a century.’

To that end, the games are grouped according to opening and presented as a series of lessons.
There are 50 such lessons, featuring 240 games. The vast majority are, of course, Ray’s own but there’s a number of supplementary battles between other players.

Closed Openings naturally for the bulk of the work; indeed, Lesson 1 concerns the Reti Opening, but there are a few examples of 1 e4 e5 games in Lessons 49 and 50. One of them is the terrific clash against the 12th World Champion, Anatoly Karpov, at the height of his powers.
Ray chose the rare Larsen Variation of the Philidor Defence.

‘The reason for this was that my study of Karpov’s games revealed that, if he had any weaknesses, it was a slight hesitancy against ‘Romantic’ openings.’

Black had a decent position from the opening (a major achievement against Karpov in his prime) but Karpov slowly but surely started to gain the upper hand. GM Keene found a piece sacrifice to save the game. 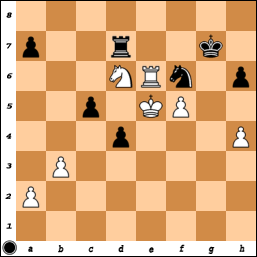 Of course, Ray’s main defence to 1 e4 never was 1 …e5 and it should come as no surprise to see that some of the best ‘lessons’ feature his prowess in the Pirc/Modern complex, at which he was an undisputed expert. Original and interseting positions await the reader, including this rarely seen game: 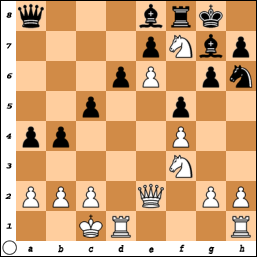 I remember seeing this remarkable game in CHESS magazine many years ago. Wells played 23 Nxd6! here and immense complications ensued. The game was eventually drawn on move 39.
‘After this stimulating clash I looked forward to further games with Ian, but it was not to be.’ Tragically, Ian died the following year.

On a lighter note, there’s an interesting simultaneous game against Mikhail Tal from 1964.
‘I sat down to face Tal in the general expectation of a gory loss embellished with typical Tal sacrifices’. 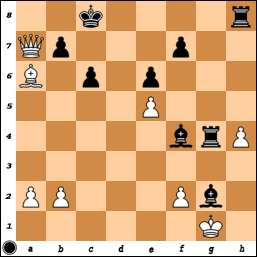 There were indeed some sacrifices, but not all of them came from White. Tal has just played 30 Qa7 but Black now has a forced mate in three.

Other highlights for me are the lessons on the Bronstein-Larsen Variation of the Caro-Kann and the Saemisch Variations of the King’s Indian Defence (particularly with an early Bg5 rather than Be3) and Nimzo-Indian Defence.

The latter two formed a major part of my own repertoire for many years and it was from the writings of GM Keene that I first studied them.

There’s an excellent mix of opponents throughout the book, falling roughly into two categories:

b) Top players, including World Champions, as Ray’s position on the top boards for the English team pitted him against the best stars from all over the world.

A lot of the games were new to me and, as some are not found on the standard databases, they will be new to most readers. Some opening ideas are well worth further study too, such as this one in the Nimzo-Indian: 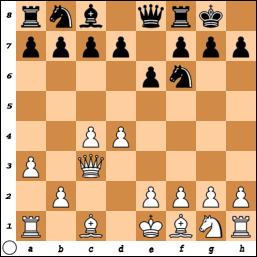 It's a funny looking move, but Ray's own explanation sheds considerable light on his choice:

(i) The move of the queen disarms the pinning move Bc1-g5 and therefore threatens Nf6-e4 in some circumstances
(ii) On e8 the queen supports the advance of Black’s e-pawn
(iii) If Black can play Nf6-e4 and f7-f5, the black queen can emerge to g6 or h5 to attack White’s kingside
(iv) In some cases a path may open for the queen to travel from e8 to a4 to threaten White’s queenside pawns’

There is the occasional crossover of games between the two volumes but by no means as much as one would expect.

Here are a couple of snippets to conclude with. Ray’s style is primarily positional but tactics and sacrifices are the order of the day here… 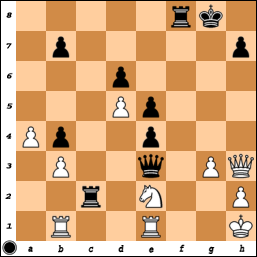 Botvinnik blundered with 34...Rxe2. How did White induce instant resignation? 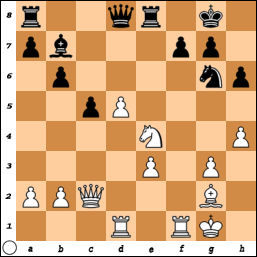 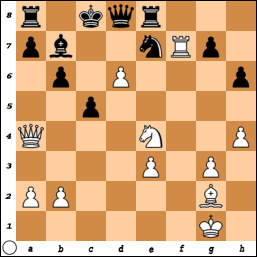 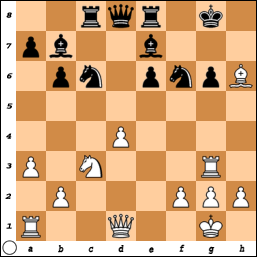 White has already sacrificed two Minor pieces on g6. What is the best move now?

For the complete story of the games mentioned above, as well as a Grandmasterly analysis of a particularly interesting period of British chess, you really should add these two fine books to your library.

Full details of Hardinge Simpole books can be found here:

You have a nice chessblog here! I like visiting it!
I offering you a link exchange - if you accept it.

Your site already listed on my blog as:
Chess sites I read...

Keep on the good work and looking forward for the link exchange on your site as well - if possible.