Starting Out: d-pawn Attacks
By IM Richard Palliser
Everyman Chess
272 pages
This new book is a companion volume to IM Palliser’s earlier on The Colle System.

As usual with books in the ‘Starting Out’ series, there are copious ‘Tips’, ‘Warnings’ and other bits and pieces of advice given throughout the volume. Some are `specific to the opening in question and others are general advice. All are instructive and welcome.

The first three chapters examine the Colle-Zukertort System. Chapter four covers a Queen’s Indian response by Black, then there are two chapters on The Barry Attack and one the ever-popular 150 Attack.

The Colle-Zukertort has been recommended more than once in 1 d4 repertoire books and I would say it is more popular with club players than the more classical Colle System.

The defining characteristic is the fianchetto of the Queen’s Bishop, as shown in the book’s first diagram. 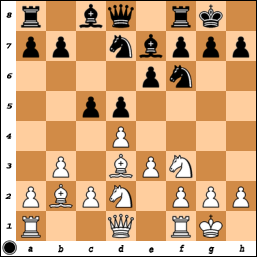 White hopes the Bishops will come into their own and attack the Black King like a couple of powerful torpedoes.

The Barry Attack is lethal in the hands of GM Hebden and needless to say his games are well to the fore. I didn’t know that one line was now known as ‘The Tarzan Attack’ 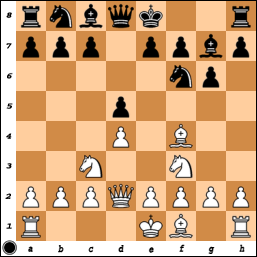 The 150 Attack is given detailed coverage too, with serious attention given to certain nuances which often pass by without notice, such as this: 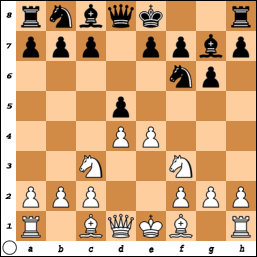 It is typical of IM Palliser to leave no stone unturned.

The purely Modern approach by Black, 1 d4 g6, makes it more difficult to get the 150 Attack up and running on autopilot. In particular: 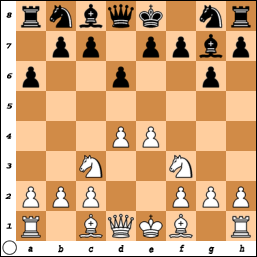 The author opines that 4 Be3, retaining the possibility of a quick f2-f4, is worth a try.

IM Palliser admits that White isn’t necessarily going to gain an advantage with any of the suggested lines, especially against a booked-up Black player, but there are serious practical advantages to adding them to your repertoire. All three are relatively easy to learn, understand and play.

The index of variations includes way-marking diagrams and the index of complete games is useful too. As usual, IM Palliser’s bibliography is larger than average; this emphasises his diligent research and willingness to the extra digging around which can only be of benefit to the reader.

There is only one little production fault; some inconsistent levels of printing have resulted in several pages being considerably fainter than their fellows. By no means unreadable, they do alert the eye to something being slightly amiss.

Theory doesn’t advance particularly quickly in any of these lines, so the coverage given here should be valid for some time to come. They are certainly some of the easiest for normally non-d4 players looking to add one or two surprise weapons to their arsenals without having to learn many main lines.

‘I began playing the c3 Sicilian nearly 30 years ago, and I’m just as happy playing it now as I was back then. I’ve always been attracted by its solid positional foundation, and yet it’s also an active opening.’

In addition to that, ‘White’s development is straightforward and easy to understand’.

There’s also the advantage of being fully prepared to meet one of the most popular openings with a fraction of the preparation time required to sail down the main lines.

‘…I’ve not restricted the coverage to a repertoire for White. I’ve dealt with all the main lines, pointed out what I believe to be the best choices for both White and Black, and explained why I think some lines are ineffective. So I hope that those playing Black will also find the book to be useful.’

Then there are two chapters each for the main lines 2...d5 and 2...Nf6 followed by a concluding chapter to round up the odds and ends, which includes a small piece on move orders involving c3 on the third move.

A recurring theme throughout the book is that the understanding of the ideas is much more important than learning long theoretical lines. That is not to say that both sides have to exercise a modicum of caution when it comes to move orders. 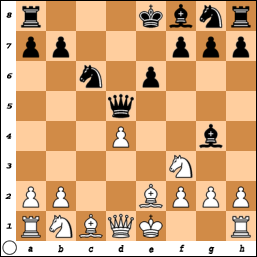 ‘This move has been recommended by experts and played by quite a few grandmasters, but there’s a strong possibility that it is simply a mistake. White should instead choose 8 Nc3.’

This book doesn’t follow a strict repertoire approach; the author covers all of the main 2 c3 variations. For example, in this key position: 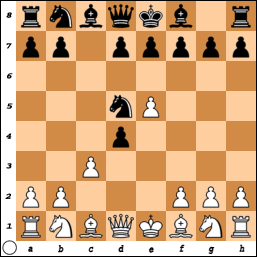 …fans of 5 cxd4, 5 Qxd4 and the modern lines with 5 Nf3 will all find material of interest.

The early deviations include the odd looking 2...Qa5 (cleverly pinning the c-pawn and making 3 d2-d4 less appealing) and the interesting 2...g6. The former was once played by Tarrasch; the latter is recommended by Dzindzichasviili in various places and looks quite playable.

The index of variations includes way marking diagrams and the index of complete games is useful too.

This is a solid and reliable guide to an opening with those exact same attributes. GM Emms writes from considerable experience, making this a valuable addition to the ‘Starting Out’ series.

Beating the French is no easy matter yet this is not the first book to claim to know the secret.
The Tarrasch Variation has developed a large body of theory and anyone wishing to test the soundness of the French will have a lot to learn.

This new book systematically works it's way through all of Black's options on move three.

The ‘General Themes’ in question are:

How We Work in the Opening
Middlegame Strategy
Typical Endgames

Such themes are very important and this section provides a backbone for the repertoire, with the ideas recurring throughout.

It’s hardly possible to provide encyclopaedic coverage of all lines in 320 pages and consequently some variations are dealt with swiftly. For example, the Guimard Variation (3...Nc6) is dismissed in six pages.

Although serious modern theory is the order of the day, the suggested repertoire tends to vary from the absolute main lines. 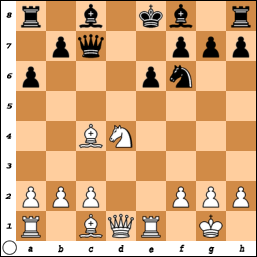 It’s not so easy to vary from all of the hotbeds of theory and some have to be tackled head-on. The author has some suggestions to try and improve on established theory at the end of long lines such as this one: 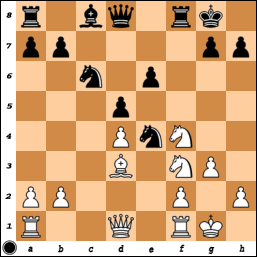 Black can win a pawn in two different ways but the author claims good compensation in both cases, going on to say: ‘There is plenty of room for analysis and I suspect this will be the main line in the future’.

Of course, the title is a misnomer with sensationalist spin; there is no proven way to beat the French, so 1...e6 players should still be able to sleep at night. However, a player who has the time and energy to study and absorb the lines presented here will at least be very well prepared to face the popular defence, even if a slight edge is the most common outcome.

This book complements [and is complemented by] my own book on the Zukertort: Zuke Em: The Colle-Zukertort Revolutionized .

The two books go together well because there are several important lines Palliser does not cover (not that that is a slight, he never claims it is a repertoire book), and I don't cover any of the 1.d4 Nf6 2.Nf3 g6 lines (which are where the Barry/150 come in).

Zuke 'Em covers pretty much every possible line in which White has been coaxed into playing 3.e3 plus all lines where Black retains the option of transposing to a QGD defense. This includes all the following:

Taken together, though, the two books offer a response to all significant Black systems other than the Dutch.

I requested a review copy from your publisher a little while ago; if it comes through then I'll give your book the full review treatment.