Books from the German publisher Olms first caught my attention over 20 years ago when I discovered their reprints of classic tournaments.

I’d like to welcome them to Marsh Towers with reviews of three of their most recent books. I’ll return to Olms in the near future, when three of the famous Dvoretsky range will go under the microscope. 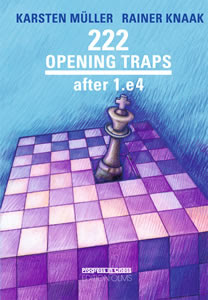 The two main stated objectives of the book are:

The student should master the traps in the openings he plays, in order to avoid disasters

He can also systematically try to expand his opening repertoire, in order himself to set traps

The authors start with a short discussion regarding the nature of traps and the associated risks.

‘…there is a clear minority of cases in which a player really gambles and voluntarily assumes the risk of a bad position if the trap does not work. We sometimes then speak of a ‘genuine trap’.

Then it’s straight into the action, with nearly all of the traps being ‘genuine’. This is important; it’s not the intention of the authors to present a jumble of early Queen excursions hoping to spring a quick checkmate on the unwary.

The traps are spread across the following categories:

It’s good to see the game scores continue to the end and not cut off once the trap has been sprung. 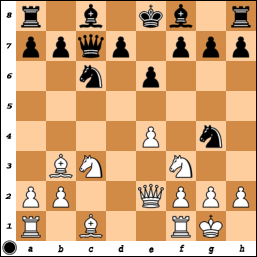 That trap is quite well known and can occur in other openings. Some of the examples feature much rarer lines of play and show some astonishing touches. 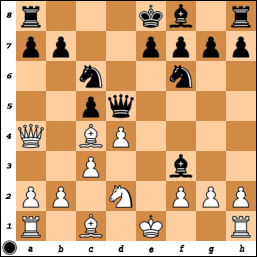 In the illustrative game, Black now played 8 …Qg5? when the remarkable rejoinder 8 …Bd1! would have been the refutation of White’s play (the key point being that g2 drops).

One would imagine that 1 e4 offers more chance of an opening trap than the closed openings but the evidence presented in the companion volume would appear to suggest that plenty of traps lie in wait no matter what the first move may be. 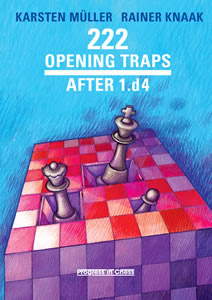 In fact, there are more chapters here than in the 1 e4 volume, as shown by the list of contents:

The shortest game in either book must surely be: 1 d4 Nf6 2 Bg5 c6 3 e3? Qa5+ 0-1 Djordjevic - M. Kovacevic (the authors comment: ‘White breaks all records!’). This game is included as a note to a main trap; there’s a sprinkling of such minor games throughout the books, technically bumping the number up beyond 222. 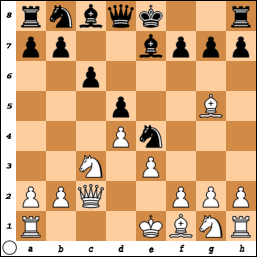 'It is really astonishing how many strong players have chosen this move. In addition there are also those who have done so when the moves h6 and Bh4 have been inserted - this makes no difference at all.' 8 Bxe7 Qxe7 9 Nxd5! and White has large advantage (even Petrosian couldn’t last beyond move 13). 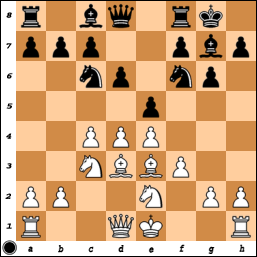 Production-wise, the books are up to the usual Olms standard. The layout is crisp and clear, the material is well organised and there’s an index of openings, names and games.

Both books will provide plenty of entertainment and the attentive reader should be able to make their existing repertoires sharper and trickier by remembering the traps and unleashing them when the appropriate moments arise. 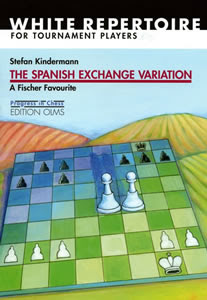 1 e4 e5 2 Nf3 Nc6 3 Bb5 a6 4 Bxc6 has always had a certain amount of controversy attached to it. The majority of Spanish adherents are happier to preserve the Bishop and spend the rest of the game ‘milking the cow’.

GM Kindermann’s introduction reveals how his desire to play less theoretical lines first led to his interest in the Exchange Variation.

There are two very appealing factors behind 4 Bxc6; Black’s main defences are ruled out and White gains a potentially major strategic advantage.

‘The didactic worth of employing this variation should not be undervalued either, since it is not very often that White can emerge directly from the opening with such a clear strategic plan: to mobilise his own pawn majority on the kingside, at the same time as devaluing the opposing pawn-mass on the other wing!’

The author then goes on to highlight the use of the variation by some of the strongest players, most notably World Champions Emanuel Lasker and Robert James Fischer. Rustam Kasimdzhanov used it in his successful assault on the FIDE World Championship in 2004 and some of games are included, even though they had to be added just as the book’s deadline was reached.

Armed with historical insight, the reader is then introduced to the basic themes of the classic pawn endgame position. 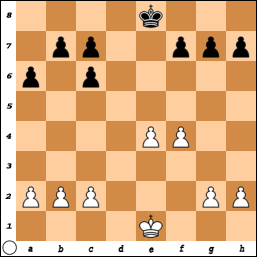 This is what White is dreaming of, and will spend the whole game trying to achieve. Conversely, this position represents Black’s nightmare scenario and what he must avoid at all cost.

‘To begin with, this fundamental defect in the black pawn structure is compensated for by his pair of Bishops, but only too often Black subsequently finds he has to give up the Bishop pair on concrete grounds. After that however Black’s basic problem becomes horribly apparent: he is unable (if White plays it right!) to create a passed pawn on the Queenside, whereas on the Kingside White can do pretty well whatever he wants.’

White’s chances of winning don’t rest entirely on the endgame. The author presents typical middlegame positions in which the first player can also push for an advantage in the centre and the Queenside.

The bulk of the book is a careful analysis of a number of key games in each of the relevant variations. The coverage is not encyclopaedic; ‘The aim is rather to enable the White player to use the Exchange Variation with success as quickly as possible!’ 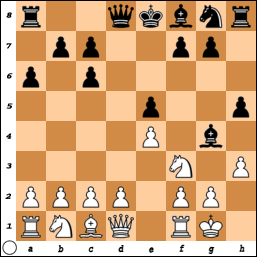 The author recommends this as Black’s best line. Indeed, there are ways for White to go wrong and lose quickly (hint: don’t take the Bishop just yet) and according to the author only 7 d3 allows White to play for the advantage. After 7 …Qf6, GM Kindermann gives two playable options, namely 8 Nbd2 and 8 Be3!? Both sides need to know their stuff from then on.

If it forms part of your main repertoire preparation for White, you should know the lines better than Black players who won’t necessarily be expecting the Exchange Variation.

Alternatives to 3 …a6 receive only a brief mention so there will be a need for further reading to concoct a full Spanish repertoire. If you already play the main lines of the Spanish then adding the Exchange Variation to your repertoire will add a significant string to your bow and this book will be your ideal guide to all of the plans, ideas and nuances you need to know.

The index of variations runs to 17 pages and includes diagrams at key stages. This makes navigating the material especially easy. Players’ names and complete games are also indexed and there’s a useful bibliography.

For further details of these and all other Olms books, please go to: