There can’t be many chess players who haven’t realised that such products as Chessbase and Fritz are virtually essential tools for those who want to make serious efforts to improve their game.

I remember trying version 7 for the first time and quickly realising that it was set to give my own game a major boost.

Chessbase are never content to rest on their laurels and Chessbase 10 improves on its illustrious predecessors in several ways, while retaining all of the older impressive features.
The central premise of the whole concept is one of a large database. How the database is handled is entirely up to the owner.

The number of games in the database provided is an amazing 3803334, all the way from the year 1475 up to the World Blitz Championship played in November 2007.

Games can be added to the main database and new databases can be created easily. It’s simple to maintain a database of one’s own games, which can then be analysed by chess engines, checked against reference bases and fully annotated in any ay the user chooses. Games and analysis can be stored and retrieved extremely quickly and anything can printed off very simply. Coaches could produce a sheet of chess positions within seconds.

Those with an earlier version of Chessbase already loaded onto a computer will be pleased to see that there is no need to transfer any files or databases across to version 10; it does it automatically after installation. Needless to say, Chessbase is fully compatible with all the standard products such as Fritz, Rybka etc.

A couple of clicks and it’s possible to summon up every game (up the November 2007) of virtually any player, complete with (in most cases) photographs and a complete statistical analysis of the player’s games. Preparing for individual opponents has never been so easy.

The manual is just 16 pages long and is clearly designed to get the user up and running as soon as possible. This is a big improvement on earlier versions, certainly on the old version 7 I started off with, when the manual was very thorough but large and possibly slightly intimidating to amateurs.

It’s easy to change the layout of everything, including the design of the chessboard. The 3D facility is superb; even the angle, reflections and lighting conditions can be altered. 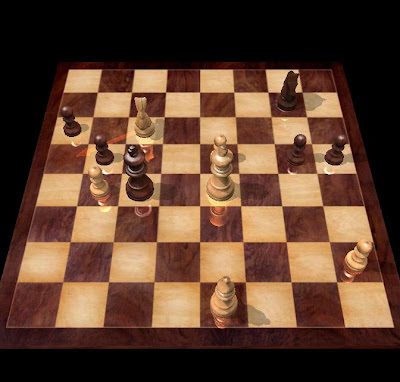 An easy way to update the main database by clicking the ‘New Games’ icon. There’s a similar icon to enable a player to instantly switch to the Playchess server (ChessBase 10 comes with a year’s membership).

If you have never tried Chessbase then you have been missing out. It’s easy to use and will change the way you prepare and analyse chess forever. If you have already been converted then an upgrade to version 10 is recommended. As with all Chessbase products, it represents extremely good value for money. This is definitely one of the 'must buys' of the year.

Rybka was one of the best-kept secrets in the world of chess engines until comparatively recently. Rather in Fritz’s shadow for some time, Rybka 2 nevertheless managed to top the lists as the world’s strongest chess program, smashing the ELO 3000 barrier. Rybka 3 improves on the playing strength of earlier versions by at least 80 ELO points.

Fritz users will instantly feel at home with the new Rybka interface, which has the same look and feel as the best known chess program.

The quickest way to test the strength of Rybka (‘little fish’) against Fritz, Crafty and co is to set up an engine match. In the first match I set up I watched Rybka crush the top level of Crafty 6-0 at five-minute chess.

Here’s a few interesting moments from the little match… 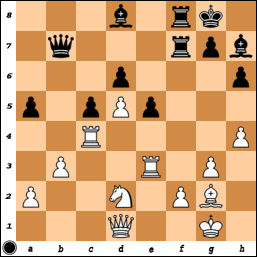 Rybka was Black and was content to sacrifice the exchange after 31 …Rxf2 32 Bf3 Rxf3. It took a while, but the Bishop pair and the passed e-pawn turned out to more than adequate. 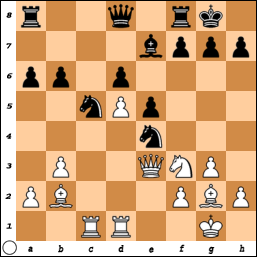 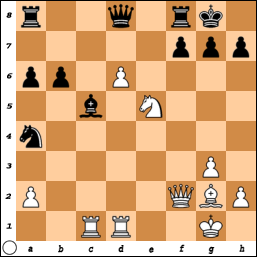 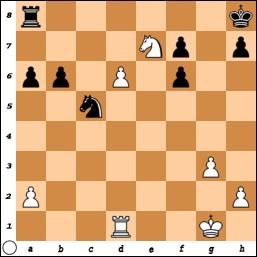 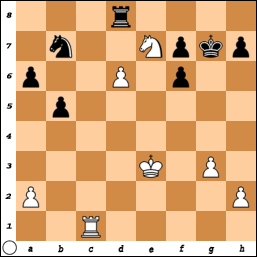 34.Rc8 forcing the Rooks off as 34 …Rxd6 fails horribly to 35 Nf5+ Soon, the White King trundled in and the passed pawn became a winning monster.

It’s interesting to see the difference in the respective evaluations and to see the lesser engine suddenly dip once it realises it is in trouble. Just how much stronger can these monsters get? Is there a human left capable of upholding the honour of the humans in a man v machine match, or are those days long gone?

As with Fritz, there’s a lot of fun to be had with blitz games but after a while it could be an idea to investigate the handicap levels to build up confidence or just to remember how it feels to win a game.

It’s not purely a toy for fun, of course. Game analysis is, as ever, one of the best features. The amount of improvements it can point out - instantly - on a game one may have thought was soundly played is absolutely staggering.

There are some new features that caught my eye.

The training levels are interesting and offer ready-made lessons for players of all strengths, in all aspects of the game. It is a perfect opportunity to practice, for example, checkmating an extremely strong opponent with King, Bishop and Knight v King or to fine-tune particular openings to strengthen and broaden a repertoire.

The Monte Carlo Analysis facility plays a large amount of games from a given position in a very short period of time. This builds up a into a very useful evaluation which could be used to take a very good look at critical positions.

A database of over 1,000,000 games is included and, just as with ChessBase 10, a year’s access to the famous Playchess server comes with the program too.

The Rybka 3 Book
By Jeroen Noomen

The stength of Rybka 3 and Chessbase 10 can be enhanced even further with the addition of these new products.

Jeroen Noomen, an integral part of the Rybka team, has compiled a reference book of very high quality. Indeed, there's plethora of novelties lurking in the deep tree of openings.

The book apparently contains 3,387,966 positions, but I haven't counted them all so we'll have to take the publicity material's word for it!

Rybka 3 is virtually unbeatable as it is; with the new book boosting it's strength one could play it from now until doomsday with little chance of winning a game against it. With the opening secrets on display here, you'd be best off checking out your favourite openings sooner rather than later, ensuring that any unpleasant over-the-board surprises are given by you rather than recieved.

The Corr Database contains 670,471 correspondence games. Correspondence games predate the internet and the majority of the games given here are from the world of classical, real-life mail although email games are also included A database of players is included too.

The events covered include the absolute cream of correspondence chess, including all of the games from the first 18 World Championships, the Olympiads, European Championships and various national championships.

The games are fully searchable by many criteria, including name, event, country, etc.
It’s rare for a database to appear without errors and I have to admit I spotted a couple here. I was looking at the games of postal champion Richard Hall and found a game of his with Jonathan Tait has the moves from another game between the same opponents grafted on and they are moves which render the game ridiculous.

There’s a not insignificant number of blank games too - usually easily spotted on databases by searching for games with the code A00 - and this problem is also apparent on the Chessbase 10 database.

These minor problems are the only things I have found to be critical about while analysing all four of the products reviewed here, so keep them in context.

I did find quite a few games played by some of my chess friends which I hadn’t seen before, which was a nice surprise (I can prepare for them now).

Historically speaking, the database covers games from 1804 up to the Polish Championship of 2008. A lot of the games have real historical significance, such as the early encounters between London and Edinburgh, London and Paris and other famous inter-city clashes.

Opening erudition is essential at the higher levels of correspondence chess; playing unsound lines is just a recipe for disaster. Thus there should be lots of interest here for practical players looking for more information on their favourite variations, especially as so many of the games won’t have made their way to the more common databases.

Anyone using a combination of the products reviewed here, and with time to use them properly, should definitely see a substantial increase in chess playing strength.

For further details of these and all other Chessbase products, please go to: http://www.chessbase.com/