My Career
Volume 1 & Volume 2
GM Viswanathan Anand
Chessbase
GM Anand begins his two-volume life story by trying to clear up the confusion regarding his name. He explains that the correct version is Anand Viswanathan but admits that the confusion is understandable and made even more so by his nick-name of Vishy Anand (coined by GM Daniel King). He goes on to say that he intends to skip right past his unsuccessful title bid against GM Kasparov in 1995 and to concentrate instead on the more enjoyable moments of his career.

The introduction is short but it serves its purpose. The World Champion comes across as a genuinely nice gentleman with a relaxed style of presentation.

Prior to watching these DVDs, I didn’t know very much at all regarding Anand’s background and early chess development, so I was able to learn a lot about him.

He starts with his very first steps in chess: being taught the moves by his Mother at the age of six, joining a chess club a year later and losing the first three games of his first tournament. He was further inspired by a series of television programmes in his new home in the Philippines, directly after the 1978 Karpov - Korchnoy World Championship match. His Mother recorded the shows while he was at school - on pen and paper! - and they played over the lessons together.

On his return to India a year later, he spent many hours practicing blitz at the chess club (from mid-morning to late evening). Playing in as many tournaments as possible proved to the spur for a major boost in strength and suddenly GM Anand was winning everything in sight.

The first few video presentations provide several examples from games at the early stages of his career.

Suddenly his rise through the ranks accelerated. International Norms and title in 1984, and a place in the Indian Olympiad team and then the Grandmaster title three years later.

Always a speedy player, his first win against a Grandmaster came in 1985 when he crushed GM Mestel’s famous Dragon, using something like just 25 minutes on the clock. 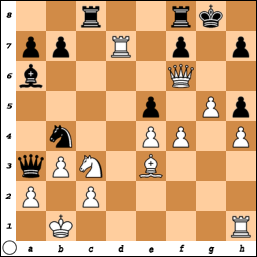 Black resigned after 25 g6! As 25...hxg6 loses to 26 Rg1 when despite Black’s apparent attack, White will crash through first with 27 Rxg6+ very much on the agenda.

He expresses pleasant surprise that the loser was very polite and willing to discuss the game; he was expecting anger!

1424 games are included on volume 1 (from the year 1984 to the end of 1999) and quite a few include annotations from various sources. It is only when one sees a full set of games that it really hits home just how many top events Anand has played in.

He admits that the split in the chess world in 1993 led to good fun, with two sets of Candidates matches to enjoy. It’s exactly that attitude which comes through quite forcibly; Anand simply enjoys plying chess and isn’t too concerned about the political machinations at which others excel. Another impressive aspect of his personality is his ability to appreciate defeats as a learning experience, a point he emphasises numerous times.

There are no less than 23 videos on the first disc. In contrast to the style a lot of other Chessbase presentations, Anand doesn’t dwell very long on each game or even, generally speaking, on specific variations. It’s very much in the style of a friendly chat using little snippets of games to cover the whole of the world Champion’s career to date.

He doesn’t exactly ignore his 1995 World Championship match with Kasparov but he does rattle through the very basics in approximately three minutes. (For the best example of a challenger blotting out a painful title match, try and spot any mention of Marshall’s bout with Lasker in his chess autobiography.)

Volume 2 continues the story in the same style. 1038 games, taking the career story all the way to the Leon Rapidplay tournament of May and June 2008, bring the story almost completely up to date.

24 videos cover the best moments and achievements of the World Champion since the year 2000. They feature the very cream of top-level chess, including Wijk aan Zee, Linares and of course the World Championship.

Three lectures cover the famous 2007 Mexico World Championship, with the focus on his encounters with Aronian, Svidler and Grischuk.

He admits to being lucky in the very first game and goes on to say it’s not clear if he’d have played so well throughout the rest of the tournament if he’d been punished by Gelfand in this position. 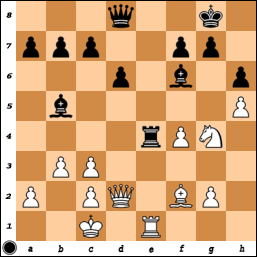 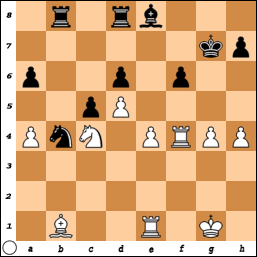 Anand also chats about his preparation for this landmark event and how it felt to be the undisputed World Champion, with no more talk of splinter organisations. He concludes this section with a look ahead to his impending and intriguing title match with Kramnik.

The last video, lasting a little over four minutes, gives Anand the opportunity to pay a tribute to his parents and relates some touching stories about their support.

Volume one has a running time of three hours 48 minutes; the second volume has even more, offering four hours 28 minutes. Both volumes are highly recommended and will provide many hours of entertainment.

In terms of production, the only tiny faults I can see are the typos on the back cover of volume 2 (‘beginns’ and ‘Championshp’) which I presume will be easy enough to correct for future editions. Those aside, the material, presentation and entertainment factor all add up to these being two of the very best in the whole Chessbase range.

My Best Games In The Spanish: Volume 3
GM Alexei Shirov
Chessbase
GM Shirov starts his new DVD by explaining exactly why The Spanish Game is his favourite opening and goes on to say the games featured this time will not all be those which he himself played but will also see other top players in action. The criteria for choosing these is that they are all games from which he was able to learn something new.

The Marshall Gambit comes under immediate scrutiny, but with a warning: if a player hasn’t got a lot of study time and/or an excellent memory then it’s best to avoid it with both colours.

This is the subject of the first illustrative game, played against Peter Svidler. It emphasises that even the top players - with lots of study time and excellent memories - have days when they don’t fancy entering into a long theoretical variation and just fancy playing something simpler. He then goes on to demonstrate an interesting wrinkle in the main line. 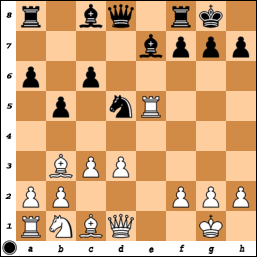 The point of this little move is only revealed a few moves later, if Black continues just as if White had played the normal 12 d4…

Inspired by the notion that even this ancient opening can continue to produce new moves, especially in a booked-up line such at the Marshall Gambit (which was thought to be very drawish by most top players, until very recently), GM Shirov goes on to take a good look at other key Ruy Lopez lines.

In addition to the three heavily-analysed sections on the Marshall Attack and Anti-Marshall variations, GM Shirov turns the spotlight on very recent games featuring The Berlin Defence, The Open Lopez, The Zaitsev Variation, The Breyer Variation and The Jaenisch Gambit.

The latter is particularly interesting. After years of neglect it has recently enjoyed a surge in popularity, spearheaded by GM Radjabov, and has attracted attention in various other sources recently. GM Davies recommended it for Black in Gambiteer II' but 'The Greatest Ever Chess Opening Ideas' by IM Christoph Scheerer didn’t rate it very highly.

GM Shirov has been very impressed by Radjabov’s play in this sharp opening, especially when he was prepared to put his head on the block by trying it against the likes of Anand, Topalov and Svidler.

The line analysed on this DVD runs: 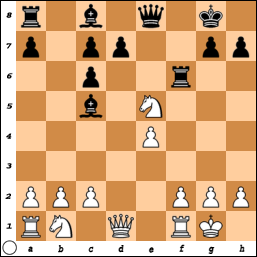 ...when Black can be happy with the prospects granted by the Bishop pair.

The lectures are long; between 30 and 50 minutes is the norm. To get the most out of the material requires hard work and concentration from the viewer; these are serious chess lessons, full of the insights of a top Grandmaster. However, it is possible to just sit back and enjoy watching some fantastically entertaining chess.

The games are all very recent, coming from late 2007 and early 2008. The chess analysis is augmented by little historical and biographical snippets.

Fans of both sides of the Spanish Game will undoubtedly benefit more than most, but there’s more than enough instruction here for those who never even play either side of 1 e4 e5. The running time of this DVD is immense: just nine minutes short of six hours.

For further details of Chessbase products, please go to: http://www.chessbase.com/

Missed a review? Pop along to my archive:
http://marshtowers.blogspot.com/2007/12/chess-review-archive.html
Posted by Sean Marsh at 00:19