The Goldhawks - Tommy - at the Darlington Hippodrome

It was back in April when I became acquainted with the music of The Goldhawks. Back then, they delivered an excellent rendition of Quadrophenia and I was already to experience their take on Tommy. 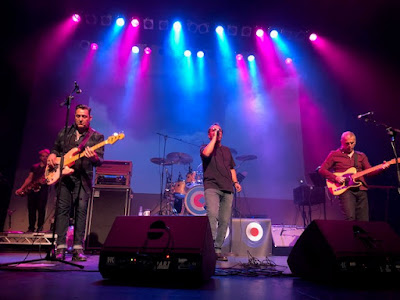 I didn't have too long to wait - and it was even at the same venue. Between times, I had already been to see The Who at Wembley Stadium, where they had played parts of both classic albums.

The Hippodrome wasn't sold out; in fact the audience was noticeably smaller than in April. I am sure that was no reflection on the prowess of The Goldhawks but perhaps having two shows at the same venue with relatively little time between them was a shade ambitious. The general public may have assumed it was the same show (not everyone is an aficionado).

Tommy is better-known but harder to play than Quadrophenia, due to the extraordinary amount of words. This led to a couple of slips, but certainly nothing serious.

There was a short interval after Tommy and then the band returned to run through some high-tempo hits, which eventually brought everyone to their feet for a rousing finale. 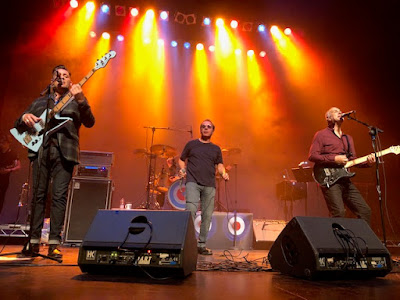 It proved to be a very enjoyable evening. Fans of The Who need to see The Goldhawks in action as soon as possible.

A third show is soon to be added to their repertoire, with Then and Now, a greatest hits showcase, set to hit the stage in Spring 2020. The Goldhawks are definitely ambitious.  Before then, I already have plans to see their Quadrophenia show for a second time. 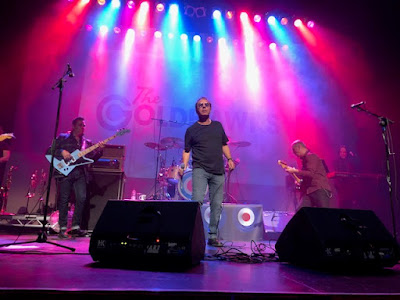 Follow the news and tour dates over at the official Goldhawks website.
Posted by Sean Marsh at 21:51