Martha Reeves and The Vandellas at Arc

This year's 'no holds barred' year of gigs continued with another expedition into soul territory, as a follow-up to my recent evening with Gladys Knight in Birmingham. 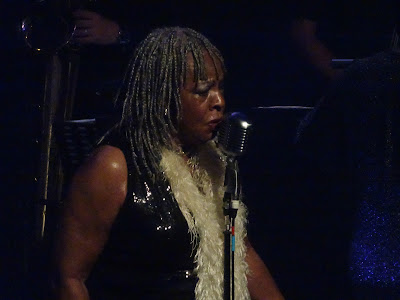 Martha (who had just turned 78 in July), together with sisters Lois and Delphine, went through the card and delivered exactly what one expect: an evening of soul, rock and roll and rhythm and blues, with all of the classic songs present and correct. These included Come and Get These Memories, Jimmy Mack, Heat Wave and, of course, Dancing in the Street. Martha prefaced the latter with a list of some of the people who had performed cover versions before going on to say she likes to come over to England just to remind everyone whose song it really is.

Opinions and reviews vary regarding the quality of Martha's voice, but she was on great form at Arc and made a strong connection with the very appreciative audience.

It was certainly a packed Arc and as the temperature continued to rise the arrival of Heat Wave was most apt. 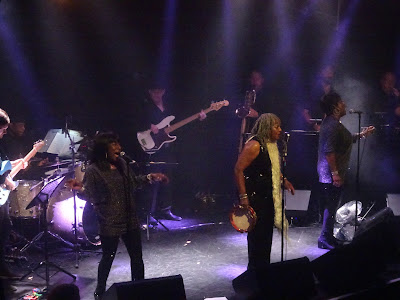 The evening was very entertaining, yet Martha's wistful moments when she spoke of those who are no longer with us (Marvin Gaye, Aretha Franklin et al) counterpointed the good times with a poignant reminder that nothing lasts forever. The trick is to catch such legends while you can. 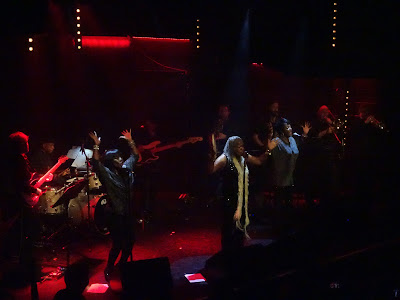