Emmylou Harris At The Barbican (1)

The re-release of Wrecking Ball - Emmylou Harris's ground breaking 1995 album - heralded a short European tour. Four dates were scheduled for the UK and I was fortunate to make half of them; namely, two consecutive evenings at The Barbican. I had previously seen Emmylou in 2008, 2011 and 2013 - each time at a different venue.

The Barbican is a fine venue. The complex includes three cinemas and a variety of eateries. The theatre hall is impressive with excellent acoustics. Both nights were completely sold out. The audience on the first night included both Robert Plant and Brian Eno. 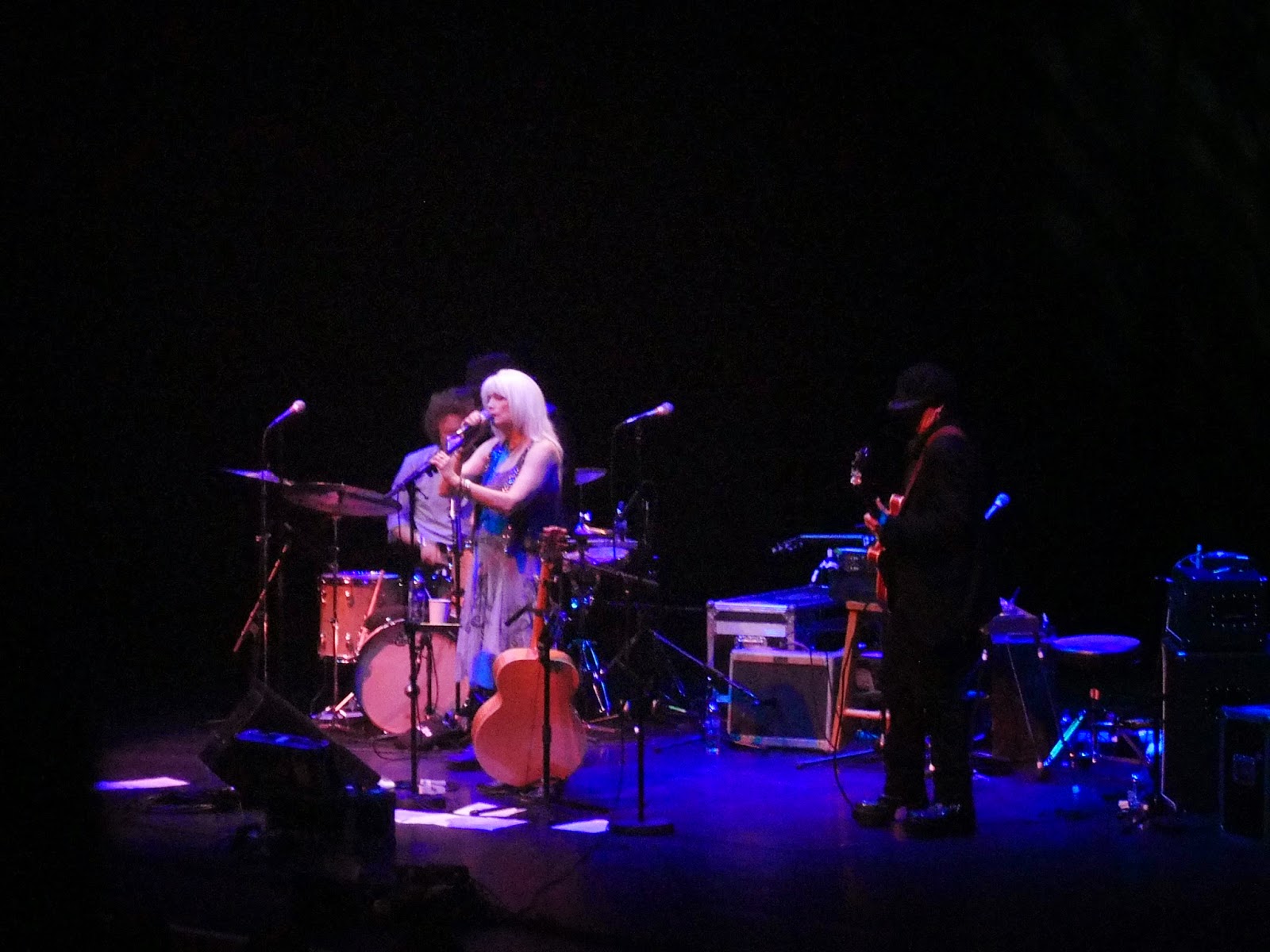 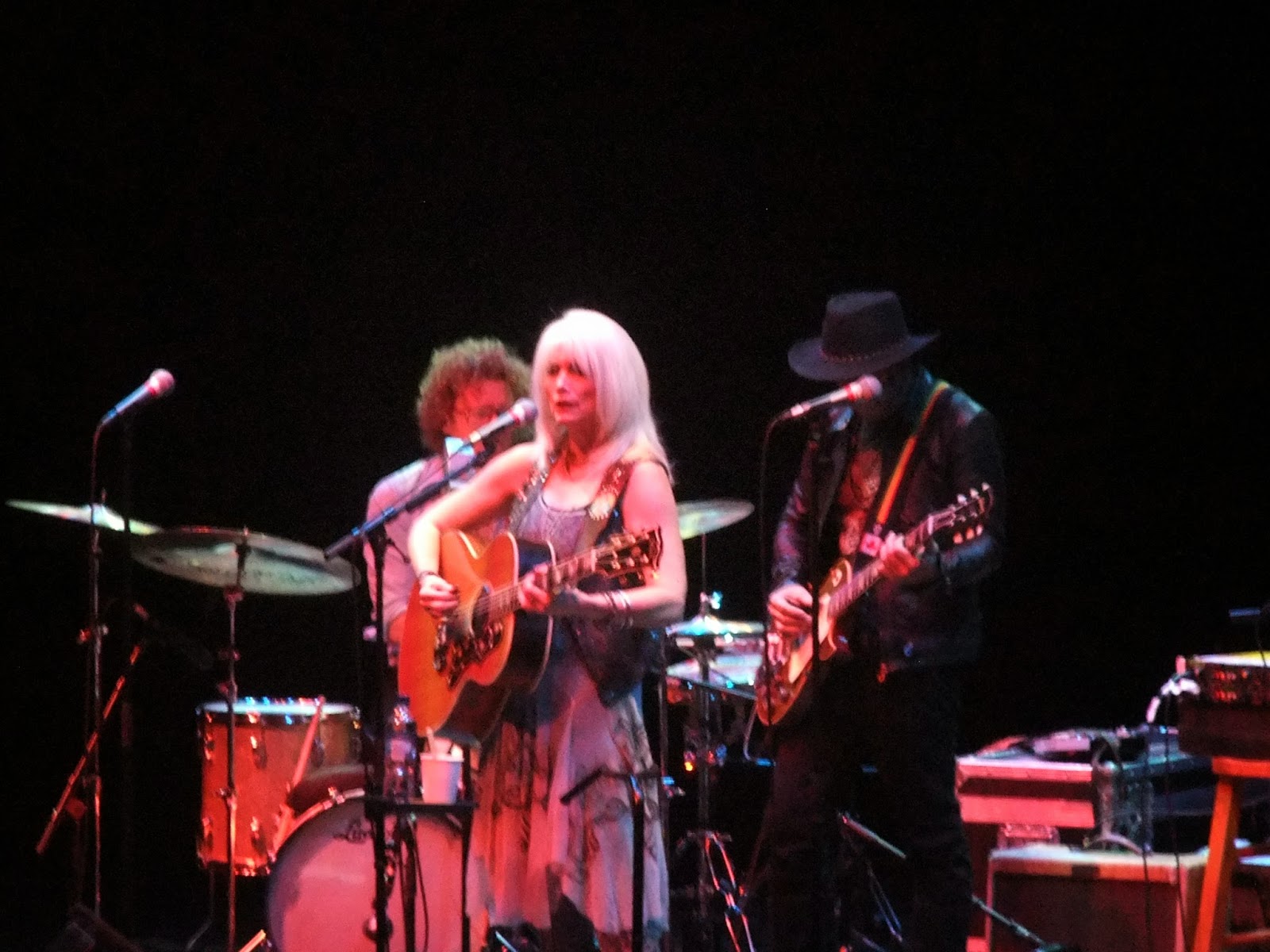 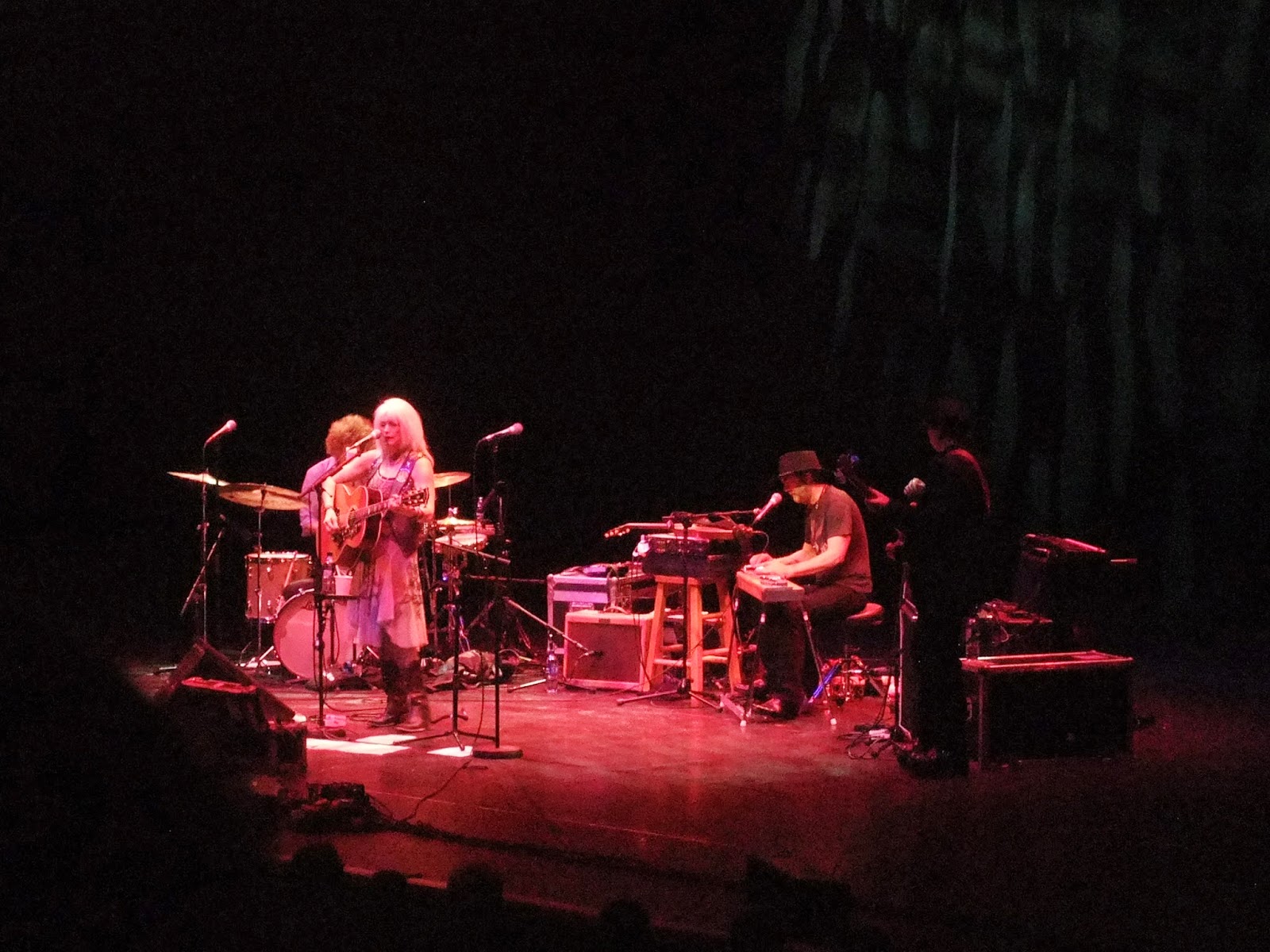 As the set list shows, the evening was devoted mainly to the Wrecking Ball album, with each song played in the original sequence. Two additional tracks followed directly. Still Water nearly made it on to the album; it's a strong song and it's good to see it included both on the deluxe version of the CD and the set list for this tour. 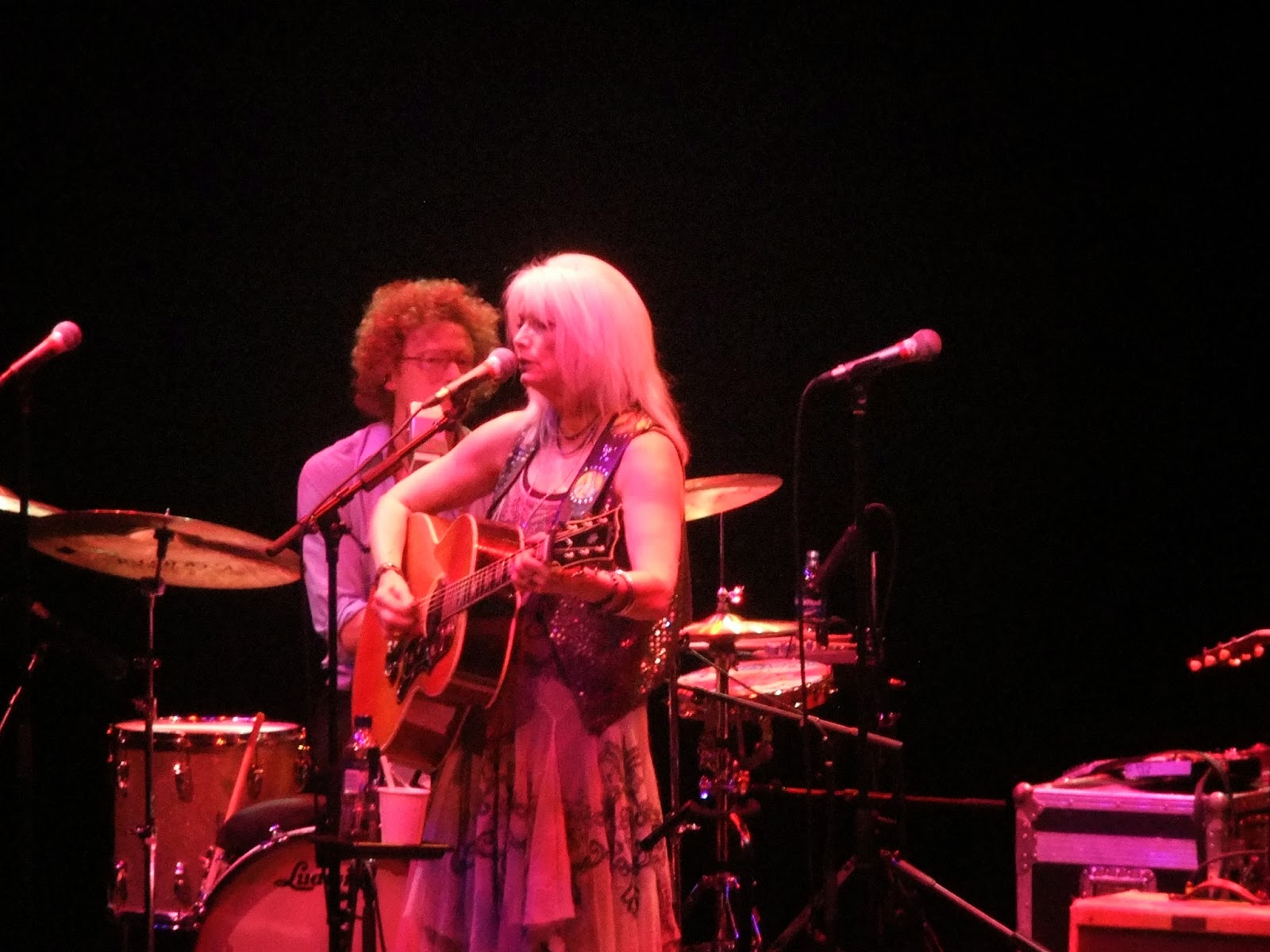 Boulder to Birmingham
Pancho and Lefty
Calling My Children Home


The Emmylou Harris band on this occasion featured Daniel Lanois (guitar), with Jim Wilson (bass) and Steven Nistor (drums). Lanois was not only the producer of Wrecking Ball; he also played on it and wrote Where Will I Be and Blackhawk. So it is fitting that he is so heavily involved with this 19th anniversary tour (''we couldn't wait for the 20th'', said Emmylou). 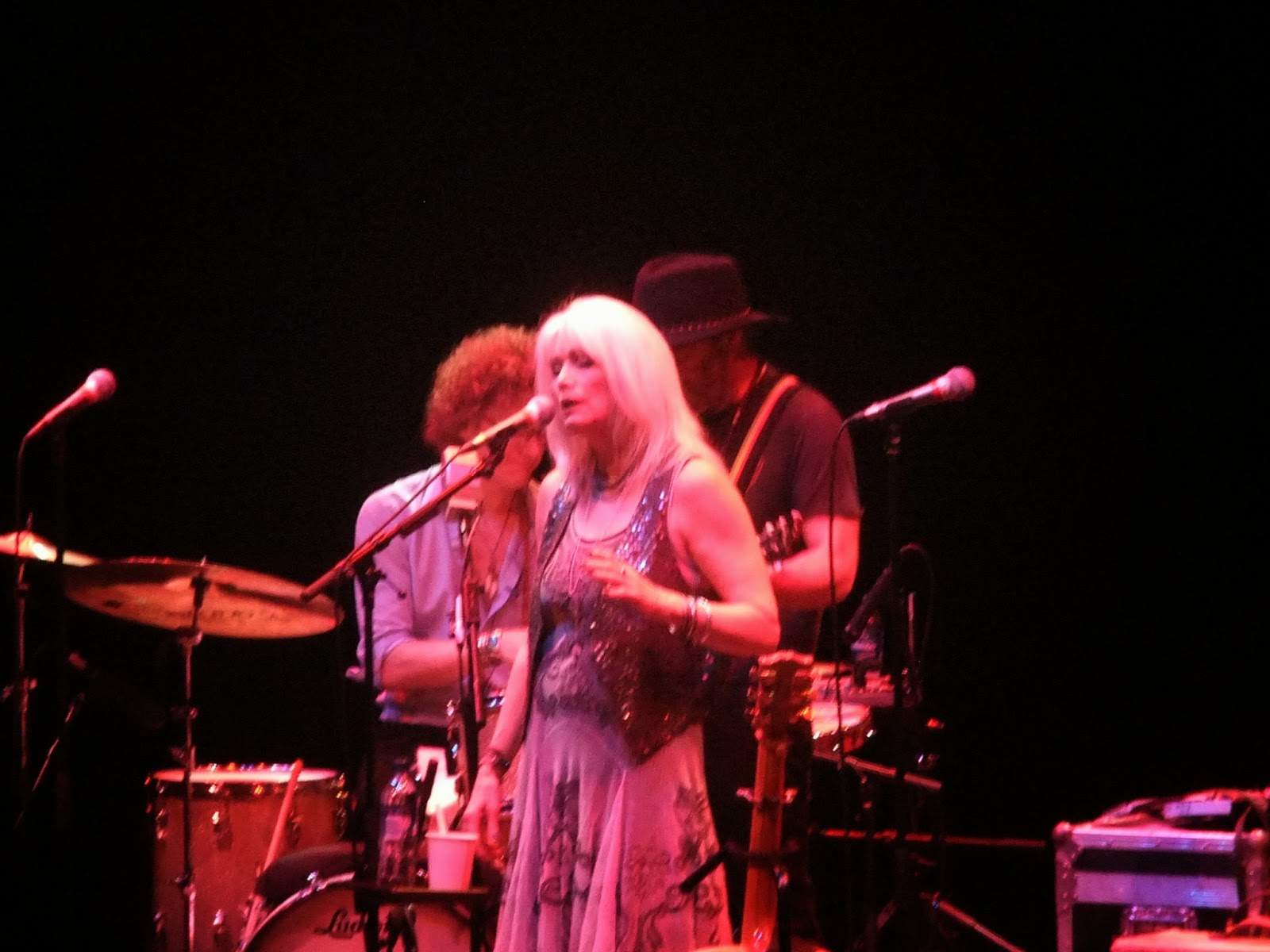 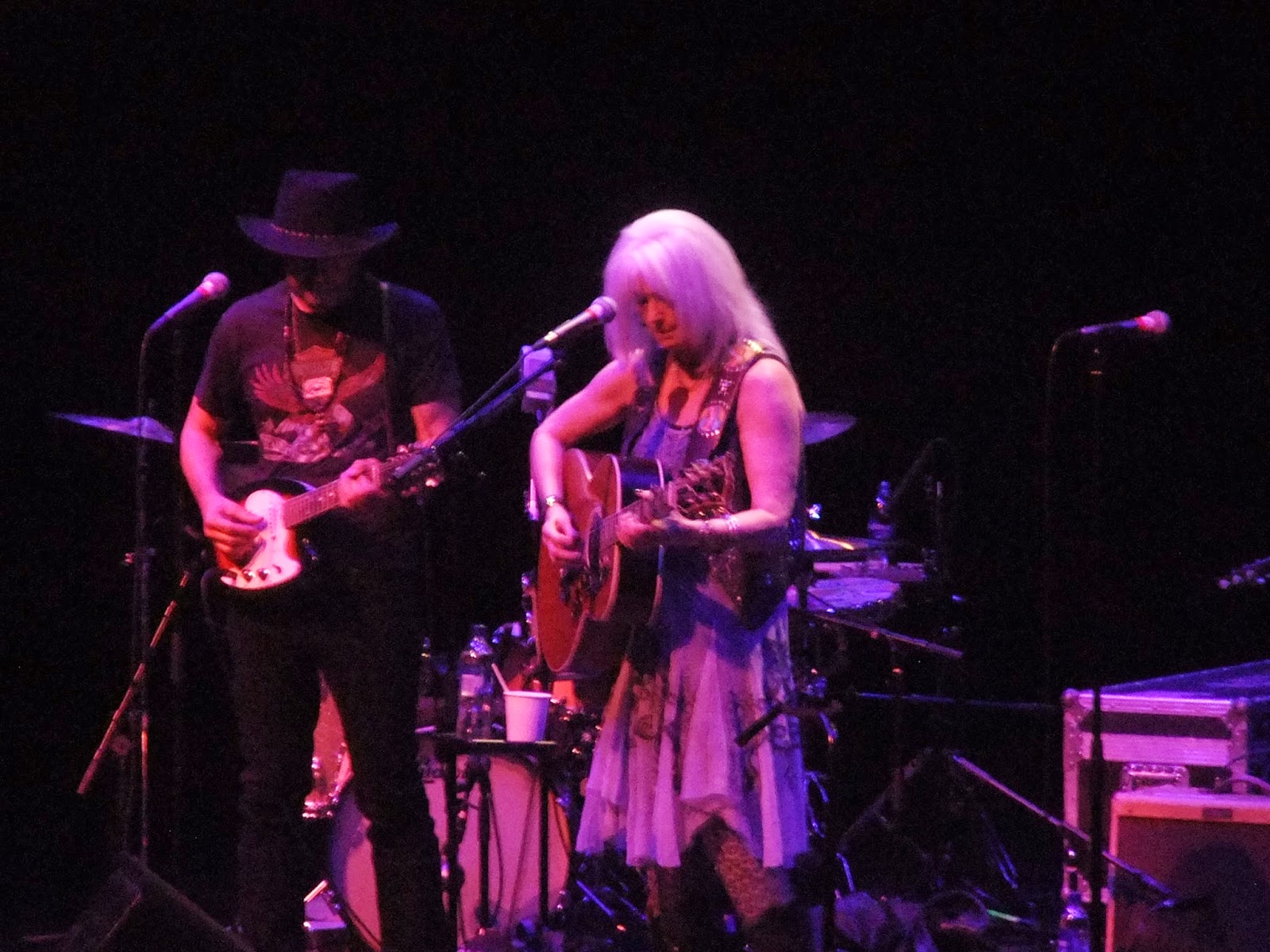 Daniel Lanois (who was the warm-up act too, together with Jim Wilson and Steven Nistor) provided a real edge to the Wrecking Ball experience. He is a very focused performer and his playing used his intensity as a strength, bringing a certain power to the songs.

Wrecking Ball has retained its special qualities 19 years after its initial release. It was good to hear some of the songs that don't normally get an airing. It was a fine evening at The Barbican and we were back the next night to experience it all over again. 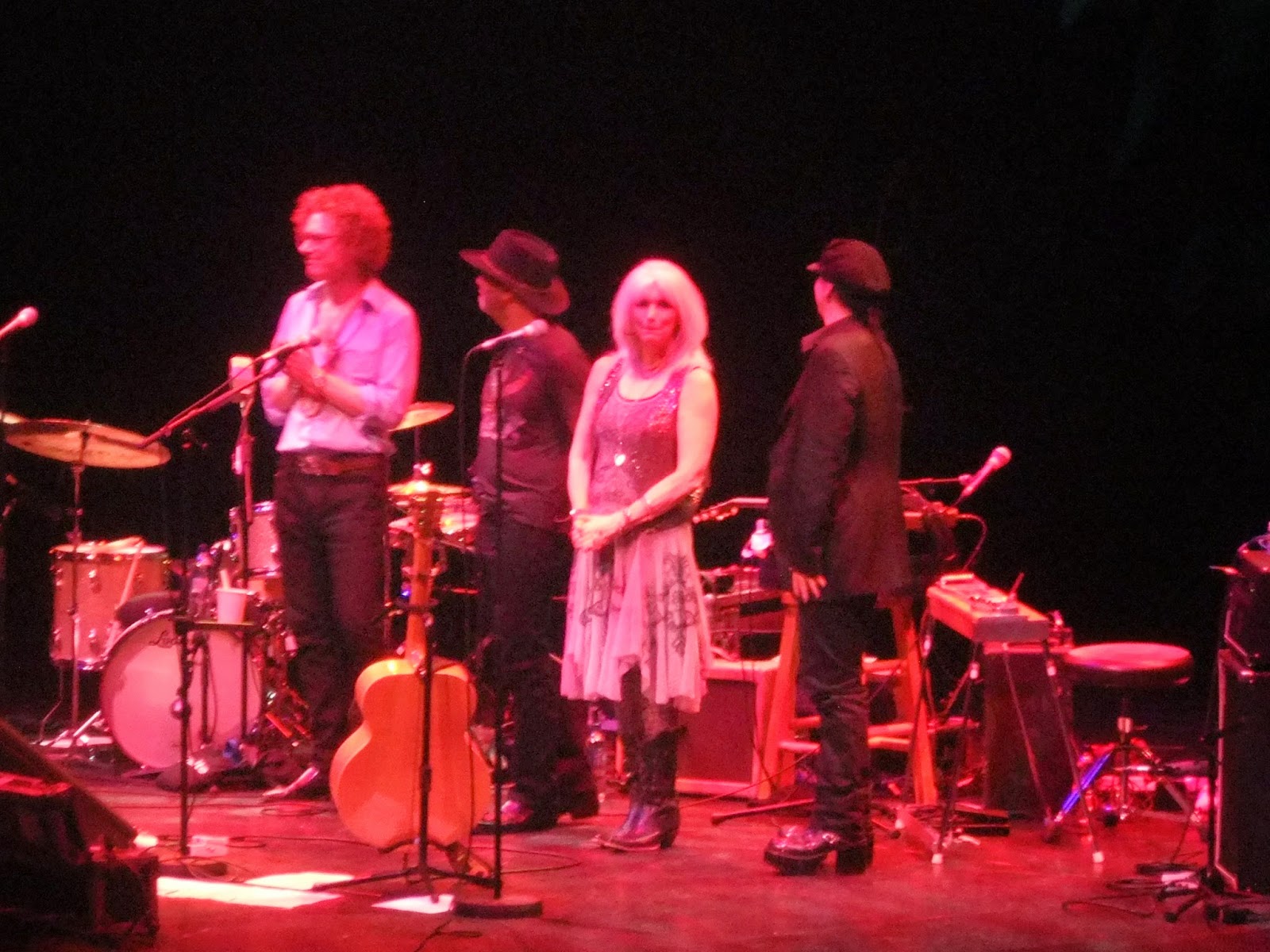