Noel Coward's Blithe Spirit was brought triumphantly back to life by an excellent cast at the Gielgud Theatre.  This was my first Coward since last summer, which was, coincidentally, at the same theatre.

The basic plot of this famous play sees novelist Charles, looking for material for his next book, take the liberty of inviting the highly eccentric medium Madame Arcati to conduct a seance. Needless to say, initial cynicism turns to astonishment as the ghost of Charles's first wife - Elvira - is brought back from the other side. Only Charles (and the audience!) can see her, which leads to copious amounts of comical misunderstanding and numerous strange three-way conversations.


Elvira is jealous of Ruth (Charles's second wife) and carries out various acts of mischief. Madame Arcati is summoned once more, but does she have the necessary skill and power to reverse the manifestation, or will things merely go from bad to worse? Well, one can probably guess the answer to that question...

Aged 88, Angela Lansbury brings seven decades of experience to the stage. Her first film roles included the classic versions of Gaslight (1944) and The Picture of Dorian Gray (1945)! So it is understandable that she should receive a spontaneous round of applause as soon as she appears on the stage. Her performance lives up to expectations, especially the little bits of comedy business she presents while getting herself under the spiritual influence prior to making contact with the other side.

Special effects - such as Pepper's Ghost  - are not required for the manifestation of Elvira. This is a ghost presented more in the style of Randall and Hopkirk (Deceased), with white clothes and disciplined acting. 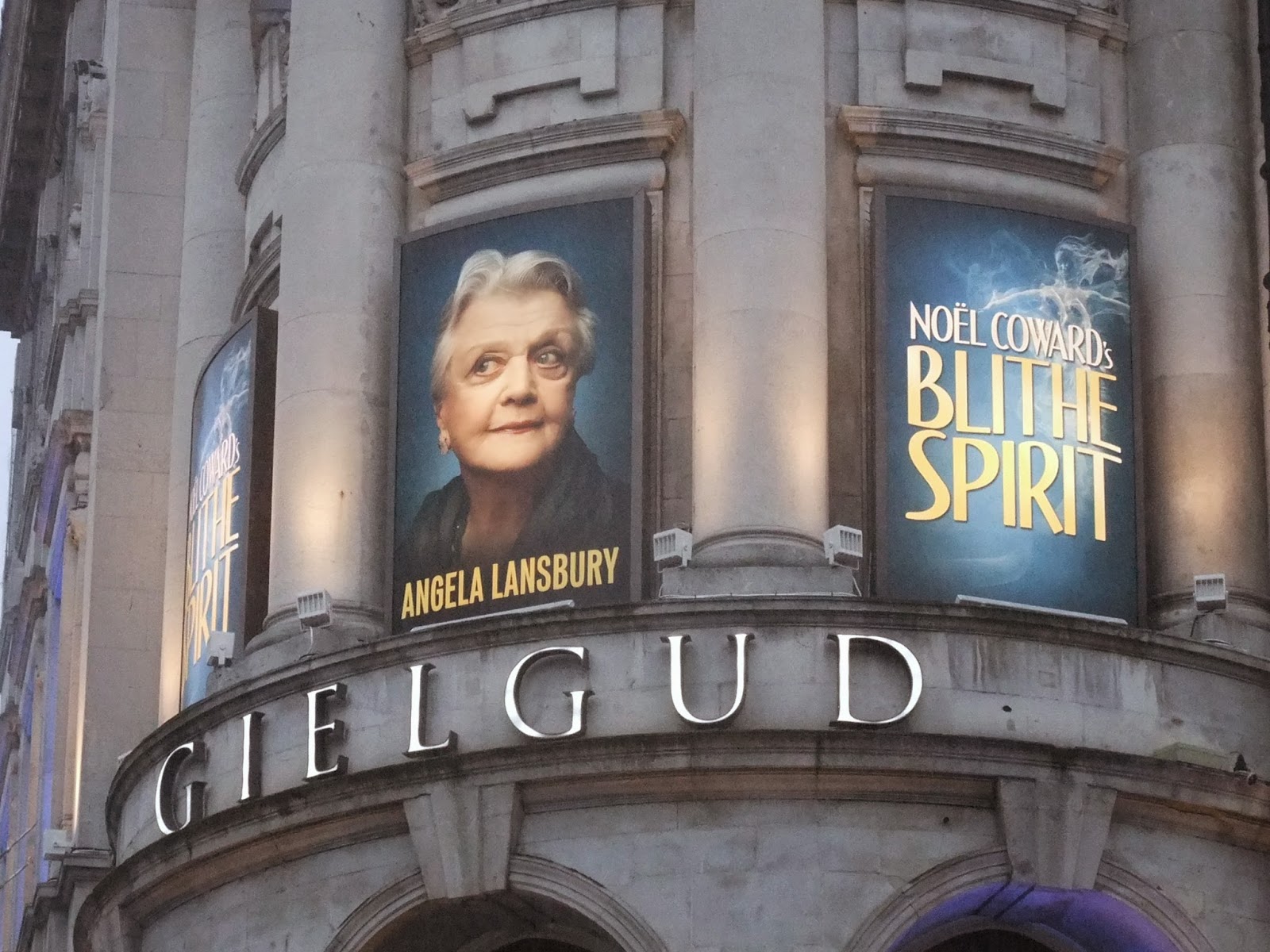 Blithe Spirit made for a splendid evening's entertainment, with plenty of laugh out loud moments. If you are thinking of going to see it, best book quickly - it ends on 7 June.
Posted by Sean Marsh at 14:31