Guisborough Rhythm and Blues Festival
Guisborough Football Club
1 May 2011
I'd never been to any of the Guisborough Festivals before but together with the Winter brothers I was keen to give it a try this year. 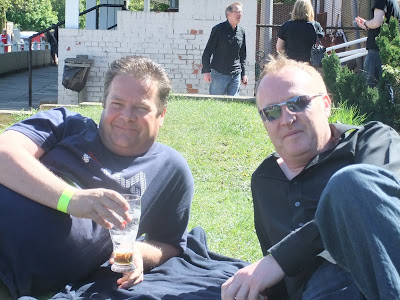 In former times, Gary (left) Kevin and I used to travel to various events together but I think this was the first time we'd all been together since 1985. The sun was doing its very best but we spent most of the day in a darkened room with our ears taking a sustained battering. With just a short break or two, we spent roughly 11 hours at the Festival.
There were five acts, each giving their own interpretation of the blues. Before the music had even started, Kevin had spotted the arrival of 'Nine Below Zero' frontman Dennis Greaves, so a photo opportunity was quickly arranged. Kevin has seen the group on numerous occasions, from the Redcar Bowl in 1980 onwards. Dennis was impressed by Kevin's dedication. 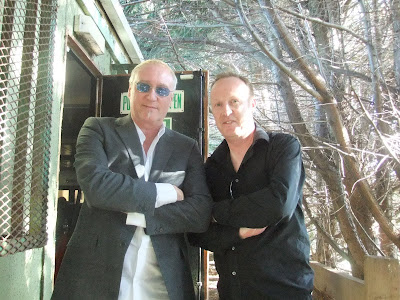 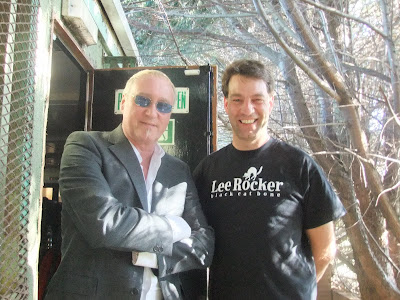 'Nine Below Zero' were the headline act so we had a long day ahead of us before we got to see them in action.
'The Sam Sullivan Band' opened the event with a pleasant, straight forward set. 'Gypsy Bill Williams and the Resonators' were up next, bringing their country style to proceedings. Third on the bill were 'Virgil and the Accelerators', possibly the loudest act of the day (everything seemed to be 'turned up to eleven', as the phrase has it). It was all interesting stuff, albeit rather guitar-solo heavy. 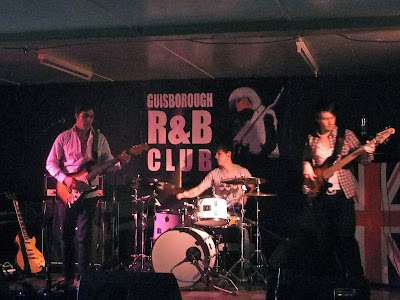 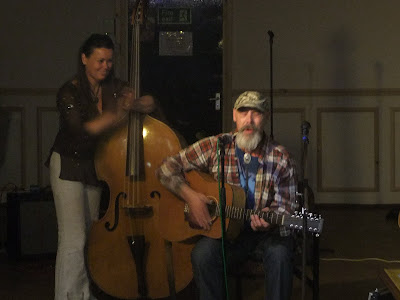 Meanwhile, 'Gypsy Bill' was at it again in the other room, with a relaxed acoustic jam session. 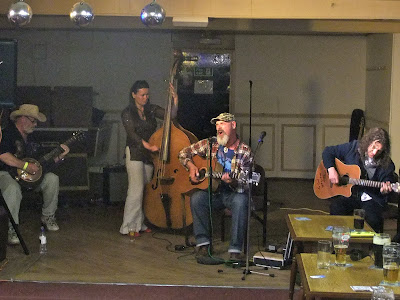 Stretching our legs during a short break, we were posing for a quick photo when we saw... 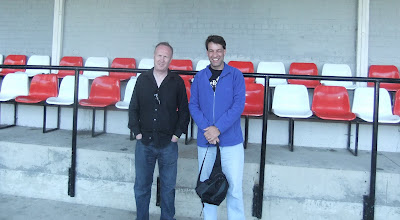 ...another two quarters of 'Nine Below Zero' approaching, so we snapped those too... 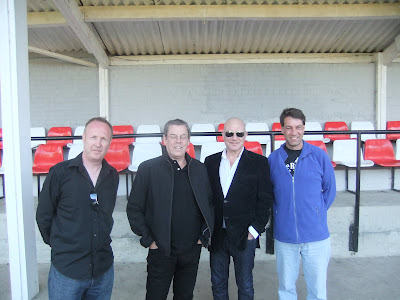 l-r: Kevin, Gerry McAvoy, Mark Feltham and me
There was still one more act before 'Nine Below Zero' and you can read all about that tomorrow.
Posted by Sean Marsh at 00:49