Smoke Fairies at The Sage 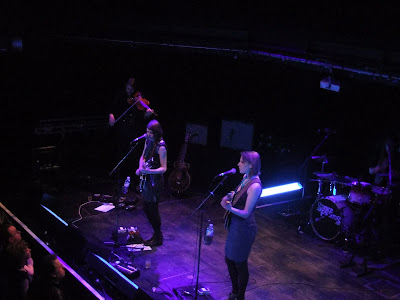 Back to The Sage! This time it was the smaller Hall 2. They have shuffled the seating arrangements to produce a standing area with two tiers of seats around the edges. It looked like a sell-out to me.

The Smoke Fairies are Katherine Blamire and Jessica Davies, friends from school days. They have a strong stage presence and their voices harmonise wonderfully. 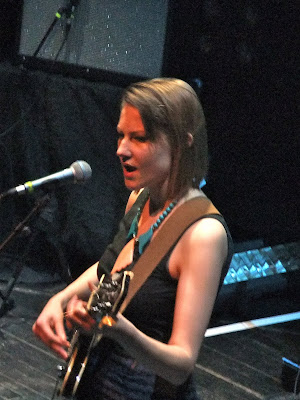 Image is important and they certainly have a certain something in that department. As the dry ice rose, there appeared, through the gloom, the sight of Neil Walsh and his viola. Swaying slightly from left to right, with his long hair and long coat, he could almost have been an eerie captain playing away on the deck of a fog-bound ghost ship. 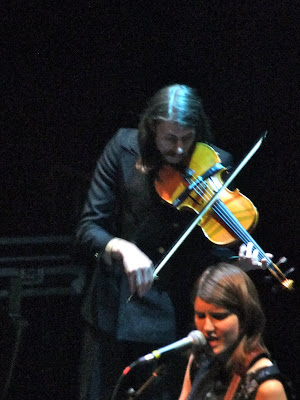 The first song of the evening was 'Summer Ends', the opening track from their excellent debut CD 'Through Low Light and Trees'. It's a great scene-setter for both the CD and the live performances. A smouldering and powerful song, it swirls around like a deep and disturbed mist, never quite fully forming, defying lazy labels and genre pigeon-holing. It's one of the best of their repertoire. 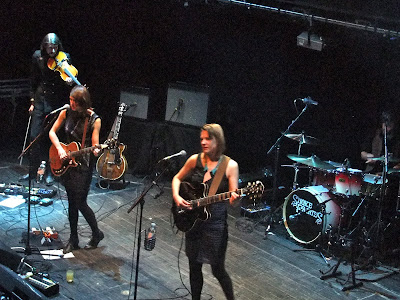 'Devil in My Mind' swiftly followed and it soon became apparent that announcements, band introductions and general banter were not going to feature heavily. 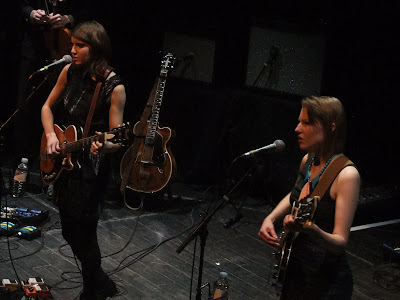 This did lead to a number of silences between songs as guitars were tuned for the next number, but there were still one or two snippets:

'Next year for Christmas, what me and Kath really want, is two guitar techs…Maybe not even Christmas, maybe for Easter; we’re getting desperate'.

'Sorry about the stage banter. Last night we made a small child cry. She came to the gig dressed as a fairy and I just simply drew attention to it and dedicated Living with Ghosts to her'. 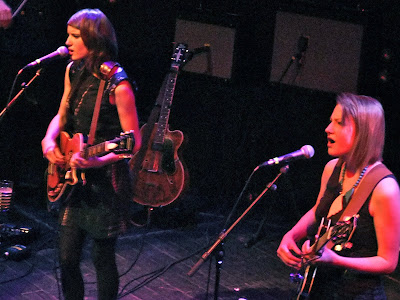 The aforementioned 'Living with Ghosts' was another highlight of the evening. 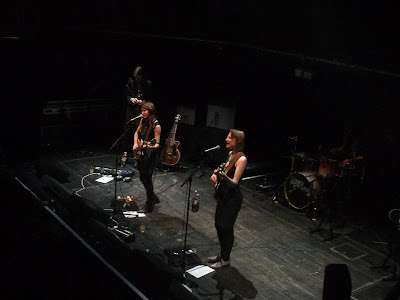 Given the lack of introductions, I'm only making an educated guess that the drums and bass were commanded by Martin Dean and Kristofer Harris respectively (they were both on the CD). It all adds to the mystique!

The last song of the initial set was 'Hotel Room', an up-tempo foot-tapper which was very well received. 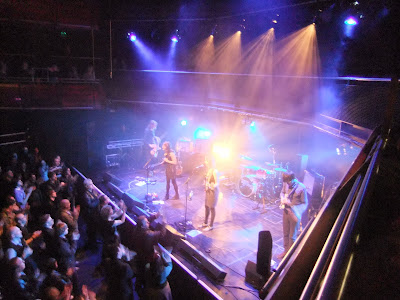 A three-song encore soon followed. There was a glimpse of the varied venues one has to expect on a tour:

'Yesterday we were playing in a library…we went into into the computer suite for the encore'.

'Frozen Heart' was the best of the encore songs, which culminated in a cover version of Killing Joke's 'Requiem', complete with (unnecessary) apology. 'I hope you don’t mind if we’re a little bit indulgent'. We didn't mind at all; in fact, we'd have happily listened for a lot longer. 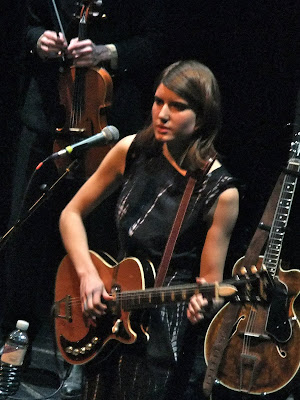 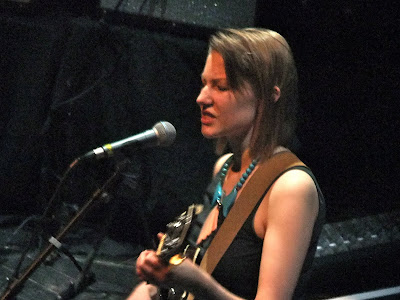 At 70 minutes, it was a relatively short set but a very enjoyable one all the same. My advice is to get out and see the Smoke Fairies if you get the opportunity to do so. They are fresh, different and challenging. They are also going to grow in statue and reputation in the very near future.
The Smoke Fairies were happy to sign merchandise and be photographed just after the show. 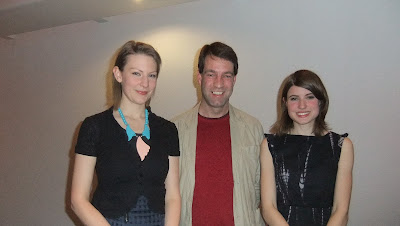