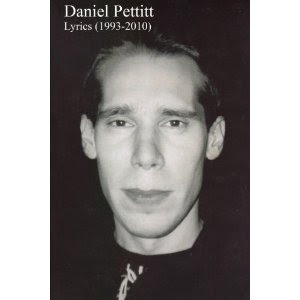 Daniel Pettitt
Lyrics (1993-2010)
(Cover image © Daniel Pettitt)
Regular visitors to Marsh Towers will already be aware of Daniel Pettitt’s career, as he has been featured here several times (a simple use of the search box would be a good way to find out more). His new book, ‘Lyrics (1993-2010)’, is a large volume, containing a remarkable body of work.
The chapter titles are worth quoting in full, as they show the names of all of Dan's albums. Suitable titles aren't always easy to come by, but Dan never seems to lose the skill of hitting the nail firmly on the head:
Introduction
Daniel Pettitt
Beyond Paradise
The Fields of Ireland
Strangers Under Dark Skies
From Darkness To Light
End Times
The Star Nations
Shadow Songs
Undiscovered Country
Halo
The Season of Dreams
Ethereal
Tribal
And It Sounds A Far Off Place
I Woke Up Naked On The Side Of The Road
Tales Of Sodom And Gomorrah
Renaissance Songs
Heaven Can’t Wait
Seven Wonders Of The Seafarin’ World
Livin’ In A Troubled Land
Songs For The New Dark Ages
Bandits
Dawning Of A New Age
Unsung
The Machine
There are some intriguing titles of songs which no longer exist, such as 'Snake City' and 'The Love of a Thief'. It's not completely out of the question that these will turn up on an old tape somewhere. 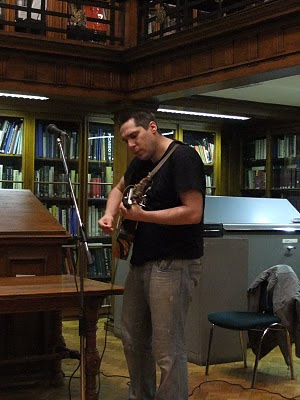 Each and every one of Dan's albums - from 1993’s self-titled ‘Daniel Pettitt’ to 2010’s ‘The Machine’ - receives a short prose introduction and the cover artwork is reproduced, followed by all of the lyrics. It’s a very big book (586 pages) and it needs to be, as Dan's output is immense and it needs nearly 600 pages to breathe.
‘I hope the lyrics do stand on their own, maybe as a journal, a diary of my life’
In addition to the lyrics, Daniel provides short sections of autobiographical material. This proves to be quite revealing band refreshingly honest, chronicling the peaks and troughs to which no artiste could ever truly claim to be a stranger.
For instance, there were no fewer than 150 recordings in 2002 alone - an extraordinary output by the standards of any songwriter.
Not all years were as productive, as Dan freely admits: ‘Without a new song to my name in 2010, sometimes I didn’t know if I’d write again'. Of course, it didn't all that long for more new songs to appear. 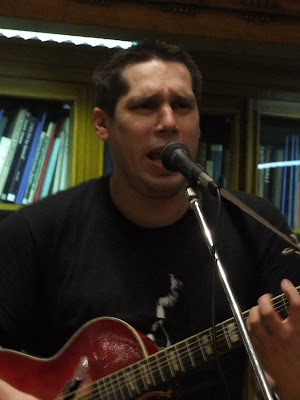 Where do the ideas for all the songs come from? Dan's commentary offers some explanations. Sometimes an album may be inspired by the desire to write film music, another one may just want to tell some stories. Often there's a deeper side to the story: ‘This album is my relationship with the great unknown, both the physical and material with the esoteric and expanse of silence above us’ . 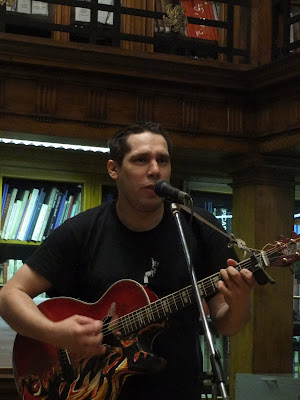 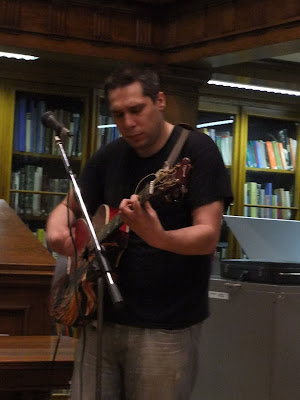 It’s a work of great honesty. In addition to the broad stroke overviews in the album introductions, diligent readers will learn a lot about Dan’s life through the lyrics themselves.
Numerous suitable quotes will back this up, including:
‘I hope the lyrics do stand on their own, maybe as a journal, a diary of my life’.
...and...
‘…All I ever wanted to do was reveal my own voice and show my own atmosphere through the music, revealing my mind.’
There has been quite a lot to reveal - and still a lot more to come!

It's good to see that the new Daniel Pettitt wesbite is up and running and Dan's work can also be investigated over at Amazon.