Busy times! Here's a quick summary of what I've been up to recently...
The Tempest
Saltburn Community Centre
15.7.2010
This was a performance by the Saltburn 53 Society Youth Production, as part of Shakespeare4Kidz. It had a large cast of young actors of various ages.
'The Tempest' was presented as a musical, with most of the cast enjoying solo spots throughout the evening. The wordplay and liberal sprinkling of puns in the lyrics made this a very funny and enjoyable production. Say what you like about the youth of today, but on this evidence they certainly know how to put on a show.
Further details of Saltburn-based events can be found here:
http://www.saltburnbysea.com/
Antonio Forcione
Durham Gala Theatre
21.7.2010
Antonio Forcione gave a virtuoso display in guitar playing at the Gala Theatre.
The venue has a very intimate feel but it's a pity more people weren't there (although anyone looking at the theatre website wouldn't have seen the show listed). 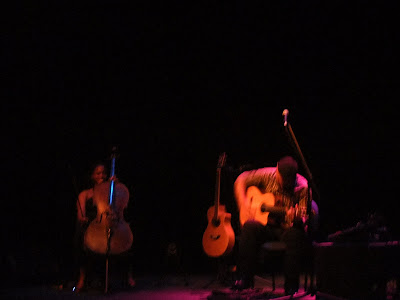 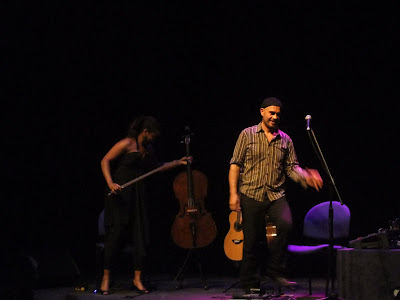 Cellist Jenny Adejayan accompanied Antonio on some of the numbers (all were instrumental).
At one point, Antonio threw in his own version of 'Billie Jean' as a tribute to Michael Jackson. Incredibly, he somehow managed to fill in the lead, rhythm and bass parts using just one guitar. 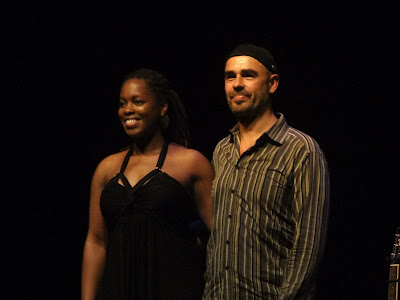 He returned for a solo encore and ended up playing for a total of one hour and fifty minutes, bringing a truly incredible range of sounds from his selection of guitars. 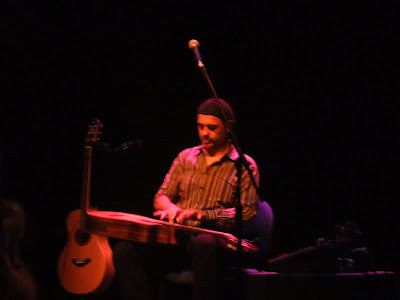 Apparently, he wanted to be a drummer when he was much younger, but the guy downstairs wasn't too pleased, so he switched instruments. 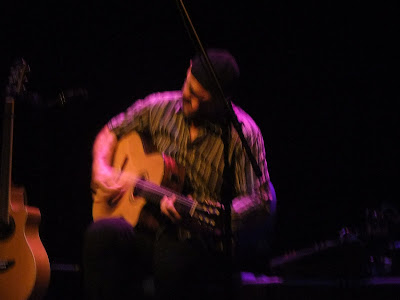 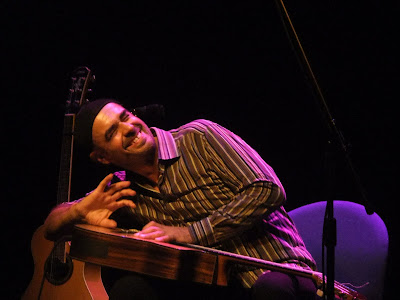 Unusual technique! Just after that, he started playing the guitar upside down! 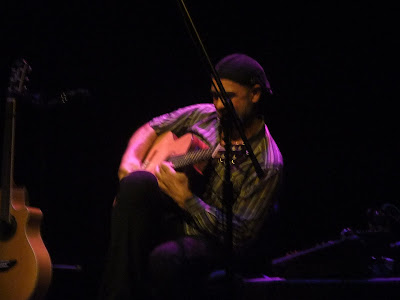 The final strum of a great evening.
For more details about the man and his music, pop along to:
http://www.antonioforcione.com/
Hancock's Finest Hour
Middlesbrough Theatre
22.7.2010 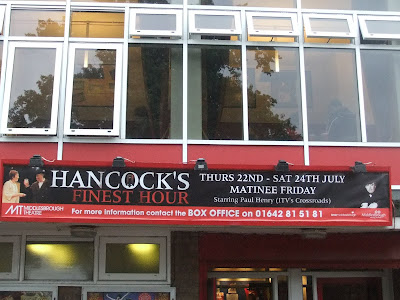 It sounds an unlikely combination: Paul Henry (Benny from Crossroads) playing Tony Hancock...? Yet the physical resemblance turns out to be extraordinary. 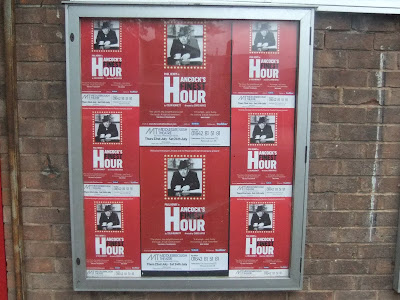 The play is set mainly in Hancock's dressing room before and after the milestone interview with John Freeman on 'Face to Face', which is known to have had a profound effect on The Lad 'Imself.
The cast is completed by Clare Bloomer and David Mathews, both of whom play a large variety of people from Hancock's life as his memories and fears start to take a hold.
The play assumes considerable knowledge of Hancock's life and times on the part of the audience, although even those with merely a passing appreciation will know that the story doesn't have a happy ending. 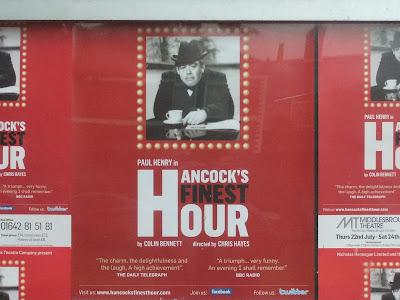 Funny in parts and intense in others, the play is a triumph and an absolute must for Hancock fans.
For further details, see here:
http://www.hancocksfinesthour.com/1446.html
Posted by Sean Marsh at 03:38