Americana Festival at The Sage: Part 1

Americana Festival
The Sage
24.7.2010
A Pictorial Report
Part 1
Has a year really gone by since the last Americana Festival?
(http://marshtowers.blogspot.com/2009/07/summertyne-americana-festvial.html)
It certainly has!
I've been looking forward to this year's event for some time. It was certainly well attended, with the outside area quickly becoming a sea of people all enjoying six and half hours of free music on the 'Jumpin' Hot Stage'. 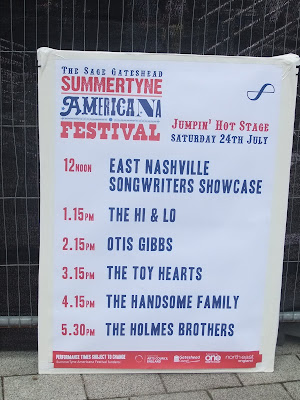 I'd booked myself in for three consecutive shows in the intimate surroundings of Hall 2. The first of these brought Rachel Harrington and Rod Clements to the stage. 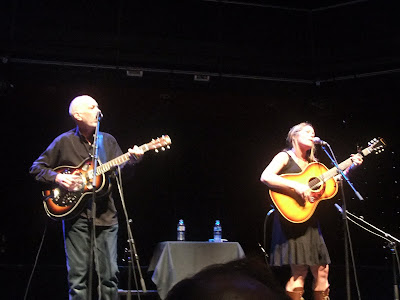 I thought they provided the best set of the three shows. Their voices harmonised well and the guitar interplay was admirable. Highlights included 'Sunshine Girl' and 'Up The River'.
Rachel took a short break from vocal duty and Rod, founder member of Lindisfarne, sang his top 5 hit, 'Meet Me On The Corner'. 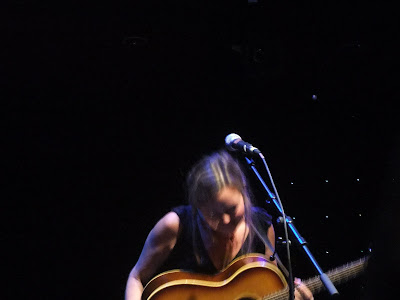 Rachel and Rod are currently touring the UK. Catch them while you can! 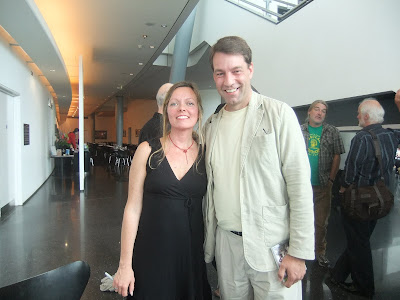 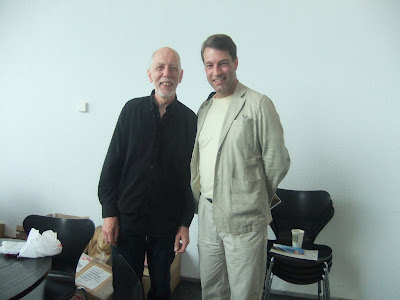 ...and: http://www.rodclements.com/
Next up was Dayna Kurtz. Solo and switching between guitar and banjo, her style was more intense, with deep songs and a very powerful voice. 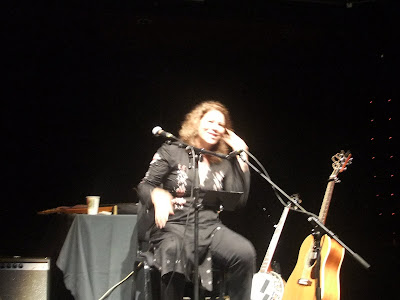 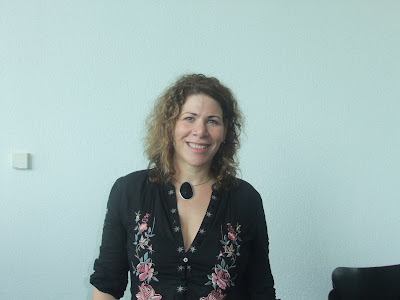 For more on Dayna, see here:
http://www.daynakurtz.com/dayna_site_2009/Dayna2009IntroPage.htm
Before the next act in Hall 2, I just had time to pop out for an early taste of the 'Jumpin' Hot Stage'. 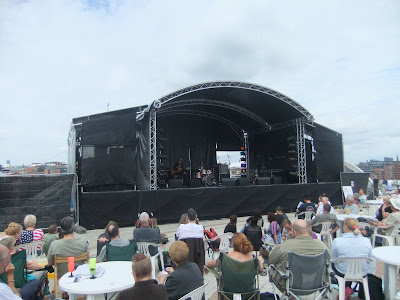 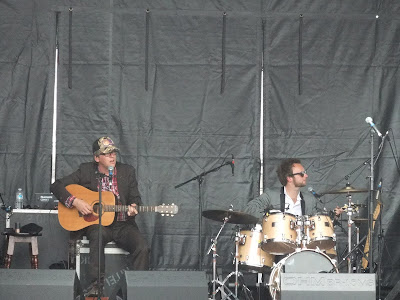 I caught the last bit the set by The Hi and Lo. I didn't see enough to absorb their style but I know the lat song was dedicated to a pet dog who was run over.
For more on The Hi and Lo, go to:
http://www.myspace.com/thehiandlo
Then it was quickly back to Hall 2 for Elizabeth Cook, who was partly showcasing material from her new CD, 'Welder'. 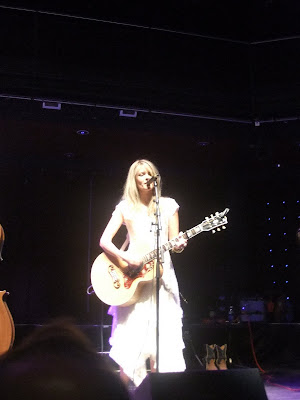 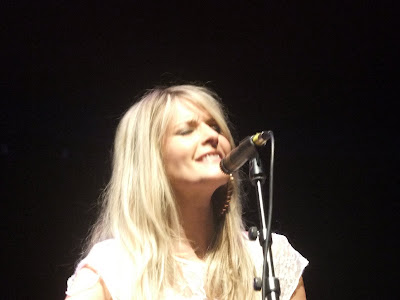 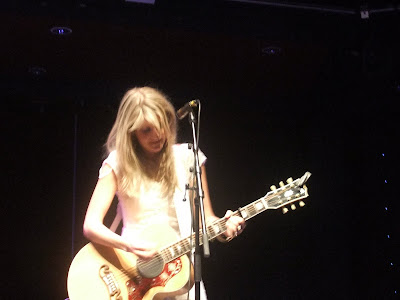 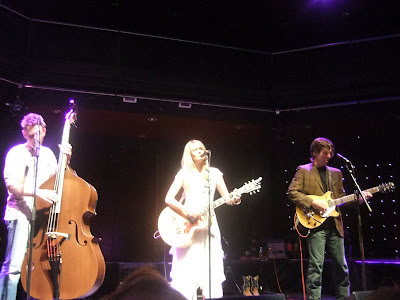 Elizabeth was accompanied by Bones Hillman (upright bass) and Tim Carroll (guitar). Tim took a turn on vocals and Elizabeth replaced her cowboy boots with tap shoes and danced away as he sang. This was the most uplifting set of the three. 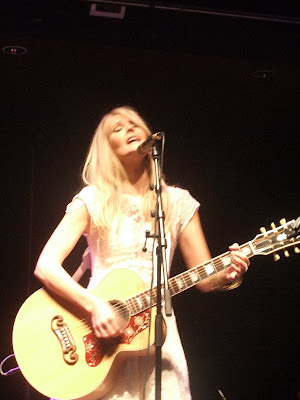 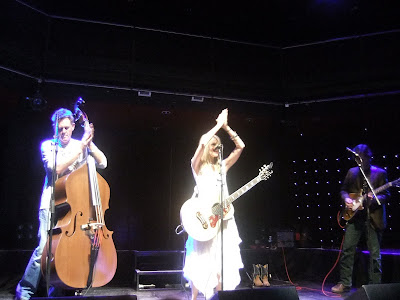 For more details, go to: http://www.elizabeth-cook.com/
With my indoor activity over for the afternoon, it was time to head for the 'Jumpin' Hot Stage' again.
The Handsome Family, Rennie and Brett Sparks, are definitely alt-country. Their songs focus on the macabre, mysterious and downright odd aspects of the world. 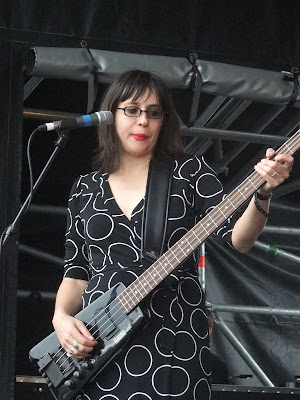 We heard songs about milk... 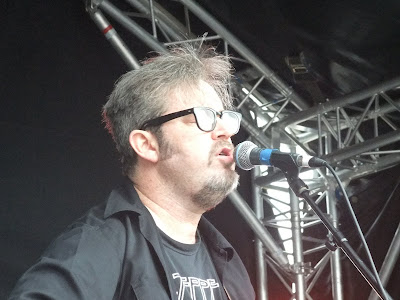 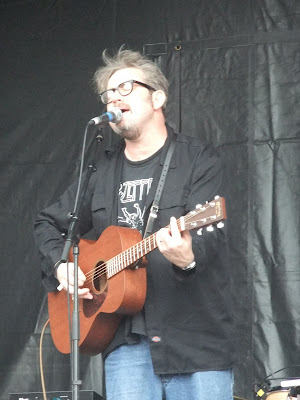 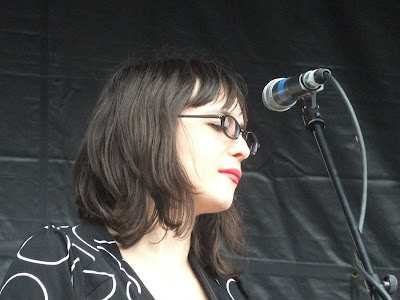 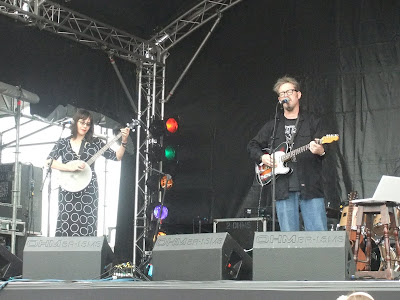 ...and even a love song from the point of view of a puddle. 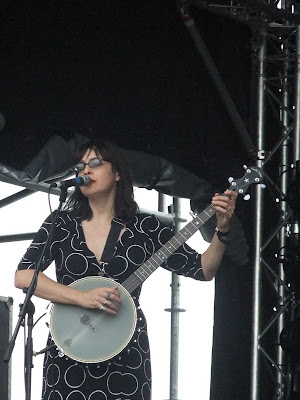 For further information, pop along to: http://www.handsomefamily.com/
The Holmes Brothers concluded the day's outdoor action, blasting off with a heavy version of 'Amazing Grace' before really letting rip. 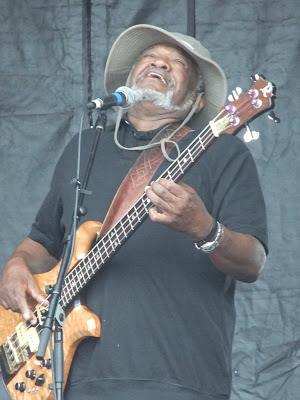 Solomon Holmes was on bass and vocals. 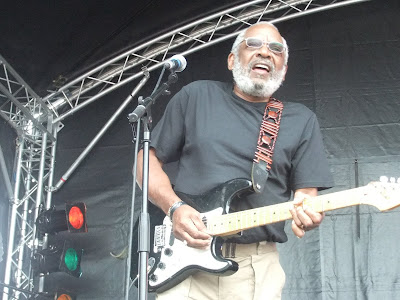 Wendell Holmes played guitar, keyboard and took his turn on vocals too. 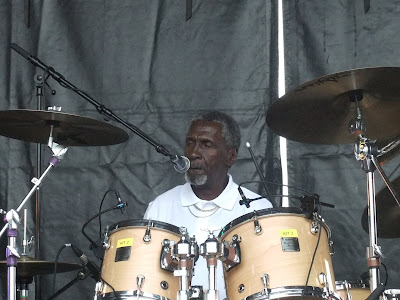 Popsy Dixon - not really a brother in the sense we normally use, but definitely a Holmes Brother - pounded the drums will great force, in contrast to his unusual falsetto voice. 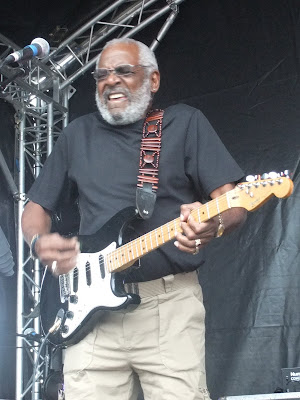 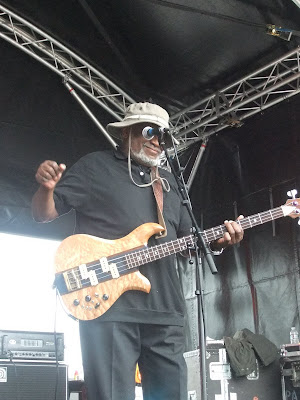 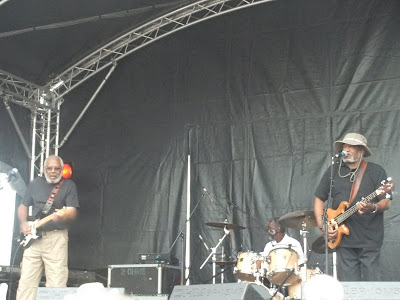 For more on The Holmes Brothers and their 30+ year career, see:
http://www.theholmesbrothers.com/main.html
Parts 2 and 3 of this series of reports will follow over the next couple of days, so stay tuned...
Posted by Sean Marsh at 00:55