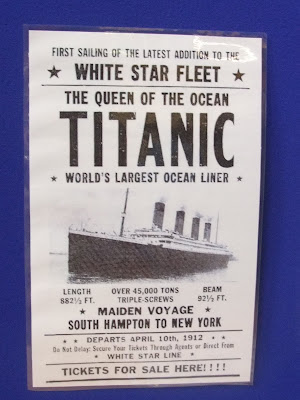 Tim Maltin's book, '101 Things You Thought You Knew About The Titanic...But Didn't!' has a self-explanatory title. 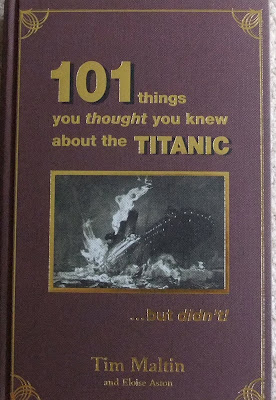 Tim was at the Middlesbrough Reference Library last night to talk about the Titanic as part of the ongoing Literary Festival. He has been avidly studying the subject in great details since he saw the film, 'A Night to Remember', as a child.
Curiously, the library made a very fitting venue for the talk as it had been opened just three weeks after the Titanic had met its watery fate back in 1912. The library architecture is still authentic for the period. 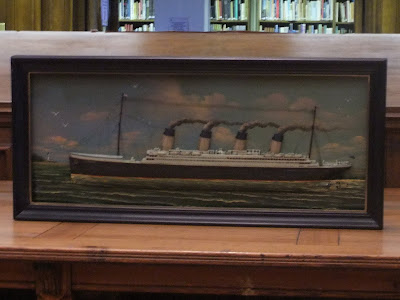 For the first half-hour, Tim delivered a fascinating talk explaining various discrepancies between the fact and fiction surrounding the design, crew, voyage and loss of the Titanic. 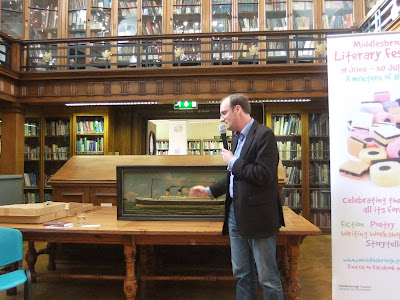 The Titanic remains a popular and intriguing subject, almost 100 years on, making it a perfect subject for a talk. 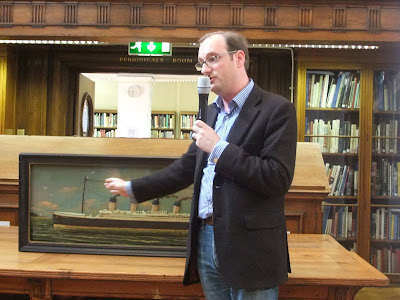 Tim then opened up the opportunity for the audience to ask questions. They didn't need asking twice! The depth of Tim's knowledge was very impressive indeed. He worked entirely without notes and his answers were always very clear and concise. 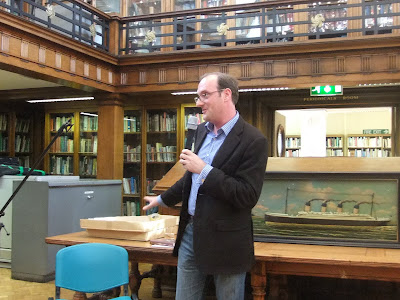 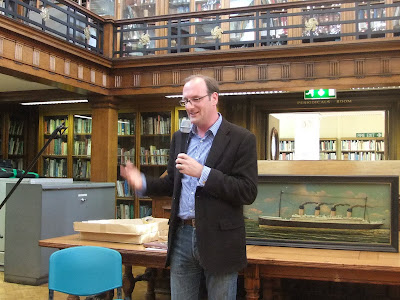 There was a short break for refreshments after 50 minutes. This gave everyone the chance to chat to Tim, have him sign some books and take in the excellent library display created by historian Jenny Parker. 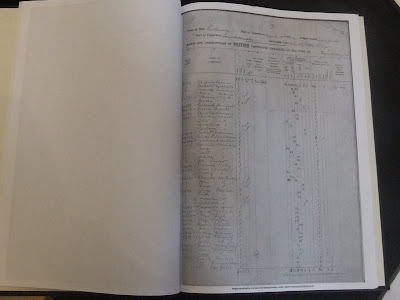 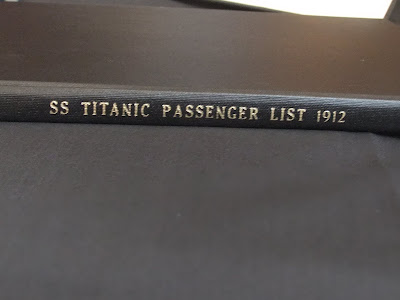 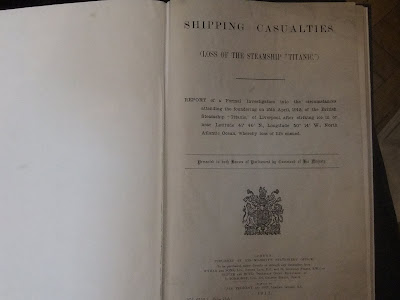 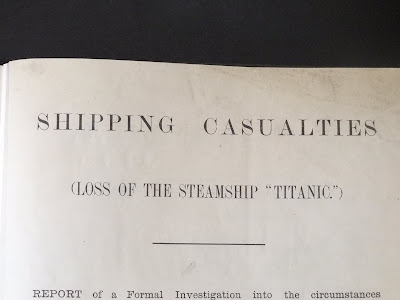 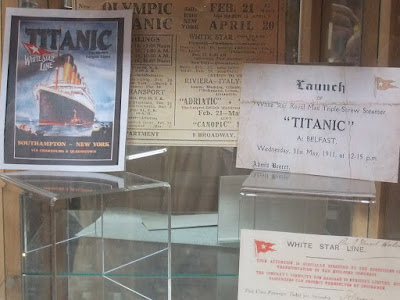 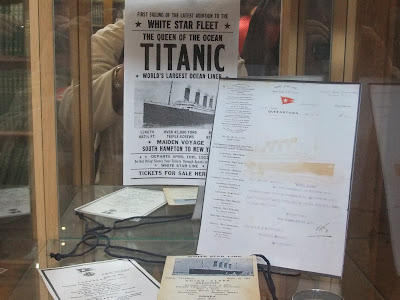 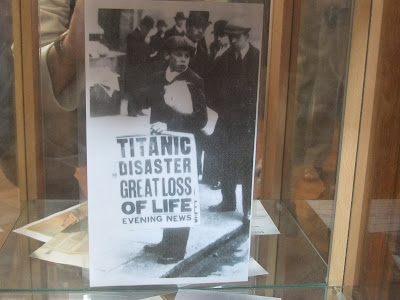 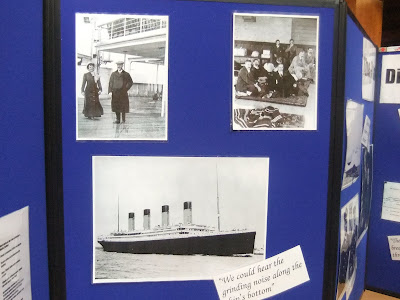 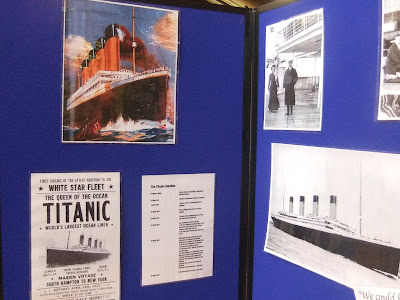 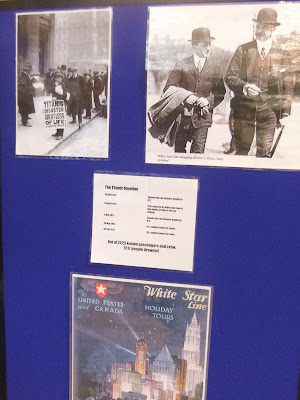 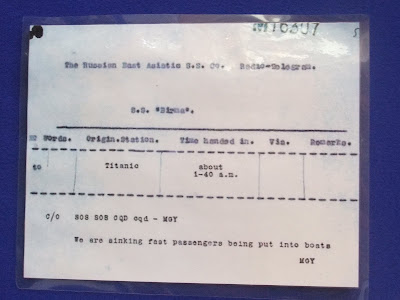 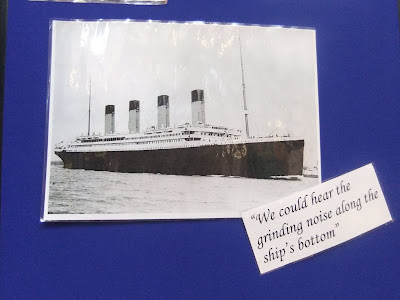 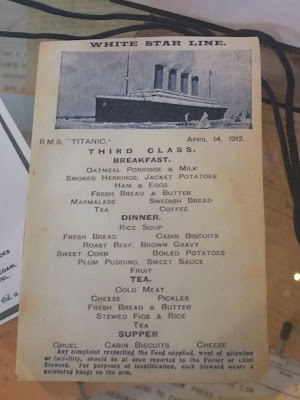 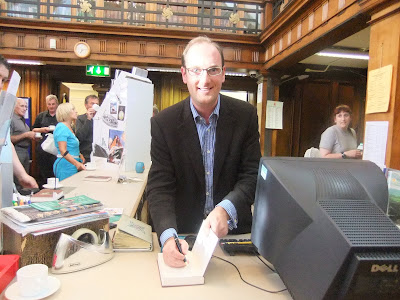 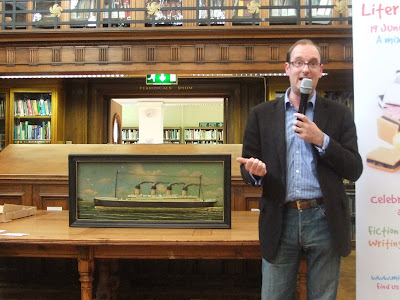 After the break, Tim returned to take more questions. We learned all about the positioning and use of the lifeboats, the fate of the captain, whether the band really did play on till the very end (and what they were playing!), who was blamed, whether or not passengers in Third Class really were locked in , the effects of jumping into the water when wearing a cork life jacket (ouch!) and a whole lot more. 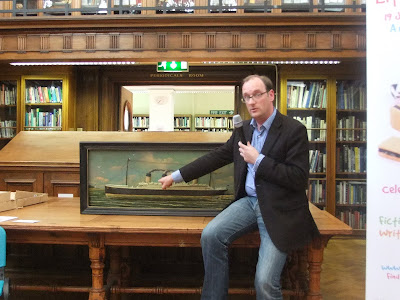 For the answers to those question and 90+ more, I refer the interested reader to Tim's book!
It was an excellent and very informative evening. Thanks go to Tim and all of the Festival staff. At £2 per ticket (which included refreshments), to say it represented great value for money is obviously a huge understatement.
There is another book in the pipeline too. 'A Very Deceiving Night' is scheduled for a 2012 release.
For further details, pop along to:
http://averydeceivingnight.com/
Head over to the official Festival website and be inspired to get out to some the forthcoming events:
http://www.middlesbrough.gov.uk/ccm/navigation/what-s-on/middlesbrough-literary-festival/
For my earlier Festival reviews, please see:
Festival Opening:
http://marshtowers.blogspot.com/2010/06/middlesbrough-literature-festival.html
Sarah Waters:
http://marshtowers.blogspot.com/2010/07/middlesbrough-literary-festival-sarah.html
Posted by Sean Marsh at 01:14