I was so impressed by Islington's Union Chapel back in July that I decided to make a return visit as soon as another tempting gig came along. Sparks surprised me when they announced they were going to play three nights there as part of their ''Revenge of Two Hands One Mouth'' tour (the follow up to their successful 2012 ''Two Hands One Mouth'' European tour). Both tours featured a stripped-back version of Sparks, with just the classic duo of Ron and Russell Mael.

This was my first time seeing Sparks live; sitting next to me was a real Sparks veteran, who had followed them for many years and had attended every night of their 2008 ''Sparks Spectacular'', when they played 21 albums in their entirety over 21 consecutive nights! Celebrities were in the audience too; although I didn't spot them, Jonathan Ross and Alison Goldfrapp where both somewhere in the crowd. 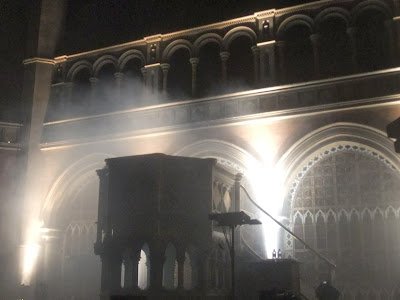 The atmospheric Union Chapel venue really enhances the concert experience. The oncoming storm of dry ice heralded the imminent arrival of the Mael brothers (there was no support act). It was time for everyone to take their pews. 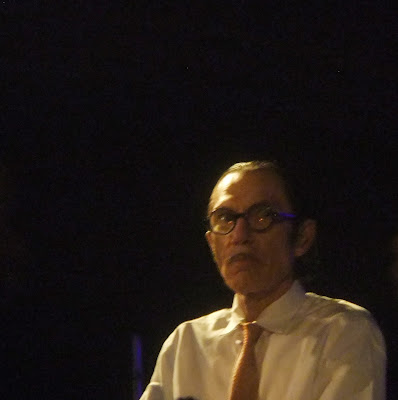 Ron Mael, on keyboards, retained his trademark stern appearance. He no longer sports the Hitler moustache that made us all sit up take notice of Top Of The Pops all those years ago, but his image is still startlingly effective. By way of contrast, Russell - on vocals, often falsetto - positively inhabits the songs, using the floor space to its maximum with his theatrical movements.

Excellent use was made of the lighting too, with the colours and other effects leading to shifts in mood highly appropriate to each song.

Ron flexed his acting muscles twice. First, donning a beret as the narrator of the one segment from 'The Seduction of Ingmar Bergman'. Then at the end of the show, as Russell took over the keyboards and urged Ron to take centre stage as the audience chanted 'Ron! Ron! Ron!' in encouragement. After standing stock still for a while, he suddenly loosened his tie, fixed a zany smile upon his face and launched into a wild dance for just a few seconds, before re-tightening his tie and resuming his usual enigmatic persona.

The set list reveals many highlights, spanning their entire career. The final song was written especially for the tour. The titles are indicative of their quirky writing and style.

Your Call's Very Important To Us. Please Hold
How Do I Get To Carnegie Hall?
B.C.
Here In Heaven
Academy Award Performance
Those Mysteries
Good Morning
Falling In Love With Myself Again
Big Boy
What Would Katherine Hepburn Say
Excerpts From 'The Seduction Of Ingmar Bergman'
Nicotina
Popularity
This Town Ain't Big Enough For The Both Of Us
How Are You Getting Home?
Suburban Homeboy
When Do I Get To Sing 'My Way'? 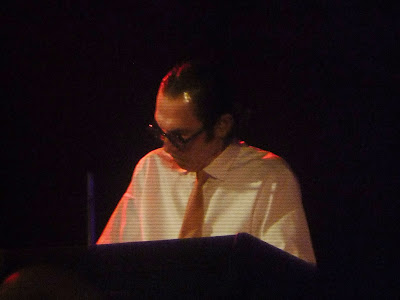 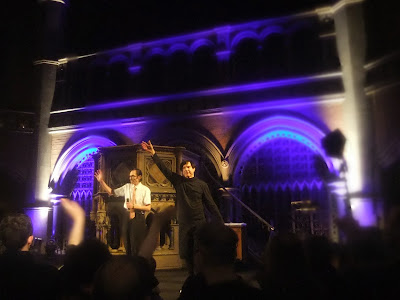 Hugely enjoyable from start to finish, this was definitely one of the shows of the year. In fact, I've never seen anything quite like it.

Ron and Russell were sincere in their thanks to the audience. They said they drew inspiration from those who came out to see them and that they ''weren't done yet.'' Hopefully, they will continue the touring trend and return to the UK in 2014.