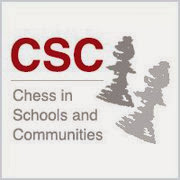 It's been another very busy term for our Teesside chess schools. We have started curriculum sessions in more new schools, set up additional after school chess clubs in some established schools and taken on one more chess tutor.

The CSC continues to expand in other areas too. The 1st Education Conference - as part of the London Chess Classic - established new and interesting links with chess schools and projects from all around the world.

New initiatives are already in the pipeline and further details will follow early in the New Year.

I have already reported on our very special London trip (see part 1 and part 2) so here's a round up of two other important events. Shorter versions of both reports have appeared elsewhere; these extended versions feature more photographs. 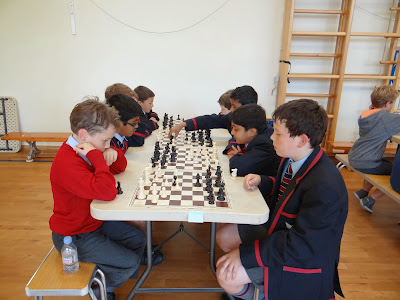 The following piece is from a press release, written by myself in conjunction with Yarm School and issued just after the tournament.

It was check mate for youngsters at Yarm Preparatory School as they played host to local primary schools at the keenly fought Inter-School Chess Tournament. 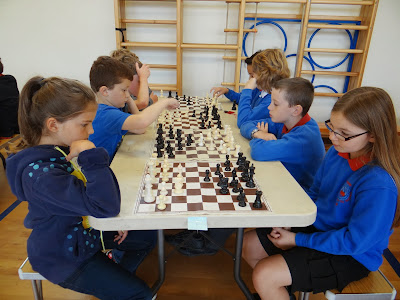 Yarm pupils won both the U9 and U11 titles after pitting their wits against seven local schools including Errington, Ings Farm, Brambles, Throston, Whale Hill, Westgarth and John Emmerson Batty. Nearly 100 children took part in the tournament, which was organised by Sean Marsh from Chess in Schools and Communities (CSC.) The 19th Yarm Chess Championship saw 22 teams of four players in action, battle their way through five highly competitive rounds in the Under-9 and Under-11 titles. 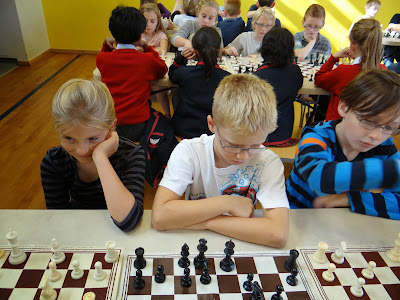 The ‘Yarm H’ team (Matthew Anthony, Ihsaan Mahmood, Shrish Nair and Luke Nargol) were crowned champions of the Under-9 section after a close title race with Throston in Hartlepool. The Under-11 section saw ‘Yarm B’ (Jack Bailey, Abhinav Ramisetty, Max Newbold and Edward Adams) and ‘Yarm D’ (James Thomson, Jai Trivedi, Tharun Suresh and Michael Shipman) chased each other all the way to finish on 16 points each. 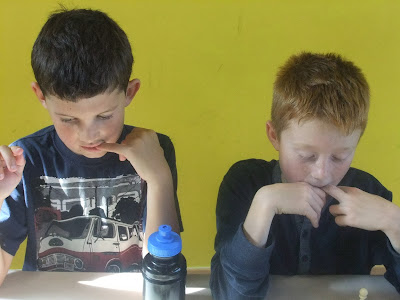 Bill Sawyer, Headmaster of Yarm Preparatory School, said: “It was an excellent day of chess. Teams of boys and girls came from all over Teesside (Hartlepool, Middlesbrough, Marske, Redcar) and everyone - champions or not - improved their game and gained valuable experience. I would like to thank every pupil who took part as well as Chess in Schools and Communities for organising the tournament, which we were delighted to host.”

Yarm School regularly offers a range of extra-curricular opportunities to students, with clubs, societies and activities available at lunch times and after school for pupils. 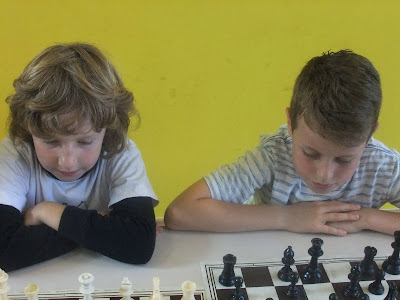 Mr Sawyer added: “Extra-curricular activities are important to any student, and as a school we value them very highly. Tournaments like this one, deliver an opportunity for students to hone and demonstrate their skills, as well as providing them with valuable experience for future contests.” 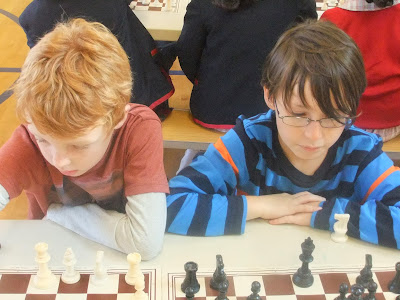 ‘Westgarth A’ (Marske) also had a good day, finishing third overall and in the top place for the Chess in Schools and Communities teams.

Sean Marsh from Chess in Schools and Communities said: “It was great to see so many players from so many different schools enjoying playing chess, making new friends and enjoying the experience, whether they became champions or not. Chess in our area continues to flourish and expand and I am proud of what we are all achieving together.”

We were delighted to welcome back John Foley for the third CSC Teesside training day. 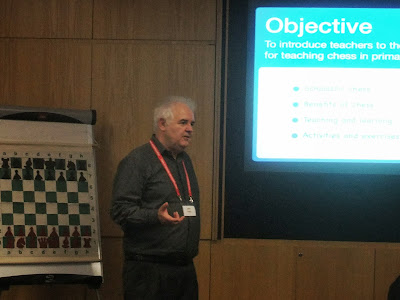 The venue was the Middlesbrough Community Learning centre, who provided wonderful facilities and as much tea and coffee as we could drink. 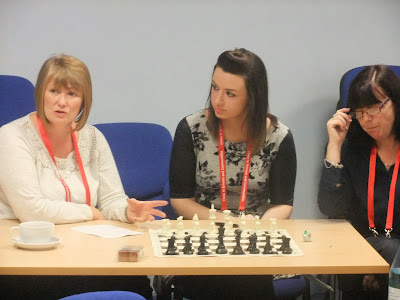 12 people enrolled on the course, including teachers, TAs and strong chess players. We split them into four groups and then it was over to John to reveal some of the secrets of teaching chess. John highlighted several key areas of the CSC curriculum and invited input from the four groups at various junctures. This generated several sessions of valuable group discussion and a fruitful exchange of ideas. 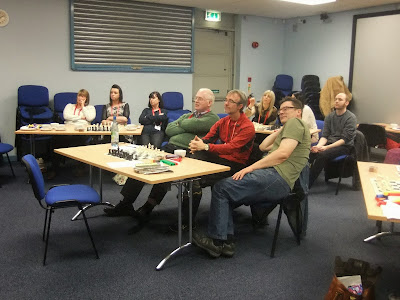 Following a break for lunch, we resumed refreshed and ready for an afternoon of challenges. John impressed and amused us all with his fine selection of problems (not just chess, but encompassing the art of logical thinking also). 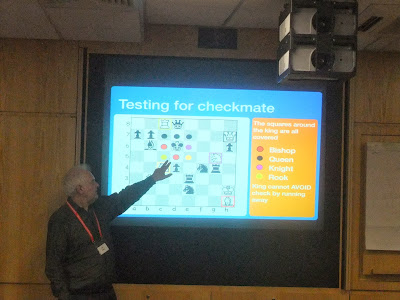 A good time was had by all. We even caught two teachers indulging in a game of chess at one point, which gave me the idea of organising a Teesside Teachers' Championship. Maybe one day... 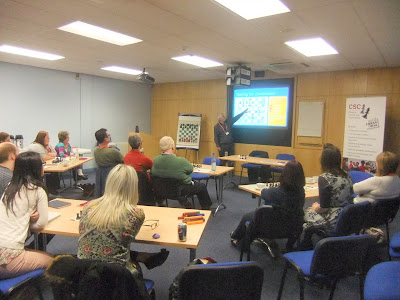 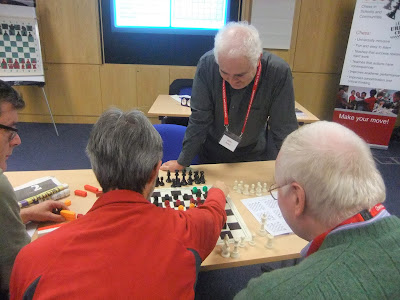 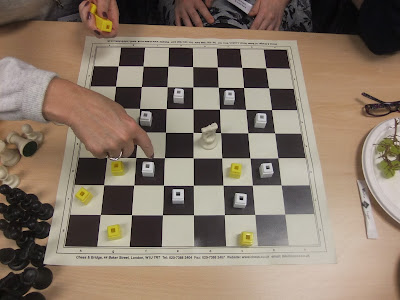 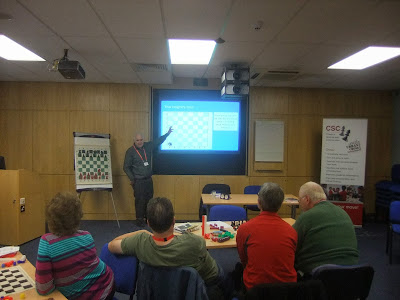 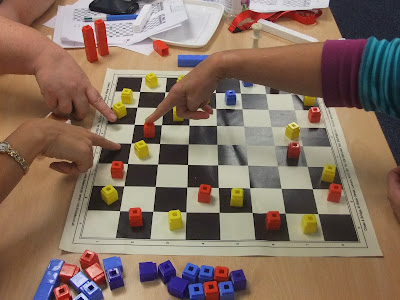 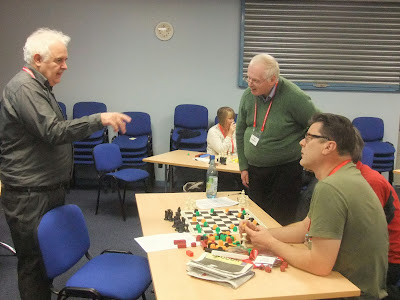 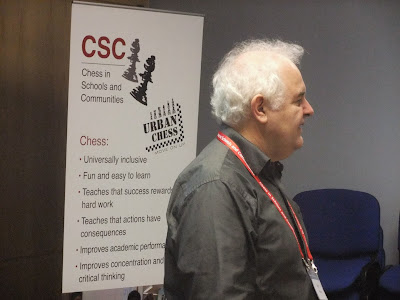 Thank you to everyone who made the day such a success and especially to John for delivering another excellent and instructive day of CSC training.


For further details about the Chess in Schools and Communities Charity, please head for the official website. As a charity, the CSC welcomes all donations, small or large. Donations can be made via various methods on the home page of the website.

The dedicated Teesside page can be found here.