CSC Teesside has achieved many things over the years but our latest leap was the most ambitious yet: how to get a team of players and their parents all the way up to London to compete at the 5th London Chess Classic? We had taken a party of children to London once before, but that was just for the day. This time a bigger plan was in the pipeline.

Well, I can tell you it took seven months of planning, meetings, applications for funding, selection headaches and a fair amount of problem solving. Yet we somehow managed to overcome all obstacles and turn the plan into reality - and it led to two days of amazing experiences for all concerned.

The original plan was dreamed up by myself and Nevil Chan (National Coordinator of the Chess in Schools and Communities charity) over a latte or two earlier this year.

Valuable funding assistance was provided by the Michael John Norwood Memorial Trust and the CSC. Other applications took time and ultimately fell on deaf ears. The finished product was just the tip of a very large iceberg.

The selection of juniors was a difficult choice. I had to decide which ones to pick from approximately 2,500 candidates. I had my criteria and the ability to play good chess was just one of them. I chose players from Errington Primary, John Emmerson Batty Primary and Westgarth Primary. All three Headteachers were fully supportive of the plan and quickly granted the players two days off school.

D-Day eventually arrived. We had already had a team-bonding evening of bowling and pizzas at Teesside Park, so everyone knew each other before assembling at a very chilly Darlington railway station.

After a long train journey, several tubes and checking into our accommodation, it was already time to head out again for tea and our trip to the Victoria Apollo Theatre, to see Wicked! 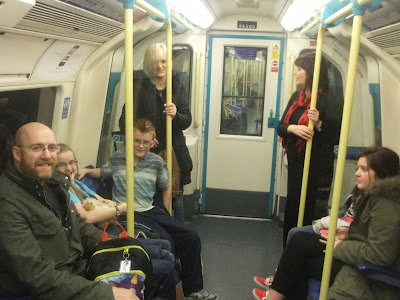 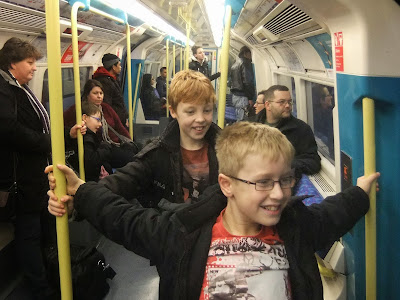 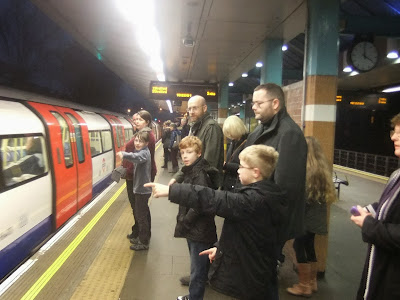 It had been a long day and our players knew they were in for some very tough games at the Classic tournament the next day. You can read all about that in part 2...
Posted by Sean Marsh at 15:30

Well done Mr Marsh! Our three boys from Errington Primary thoroughly enjoyed the experience and we are so very, very proud of them all. However, it was extremely quiet in class on Thursday and Friday but we did miss them. Perhaps the next Grand Master will be from Marske...

Next time, I'll keep them away for longer to keep your classroom quiet (for the right price, of course).

One of Britain's finest Grandmasters lived in Guisborough when he was of a similar age to the Errington stars, so you never know...