Ian Hunter At The Arc

Ian Hunter - former Mott The Hoople frontman - was the latest big name to appear at The Arc. One really has to give Stockton's premier music venue its due; they have attracted a significant number of stars over the years and their ''coming soon'' list for the next couple of months impressively features Ian Siegal, Midge Ure, Suggs and Nine Below Zero. 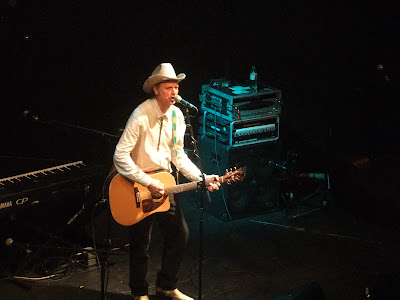 Support came in the form of Jason Jason Ringenberg (of Jason and the Scorchers). His solo set was very energetic and entertaining. 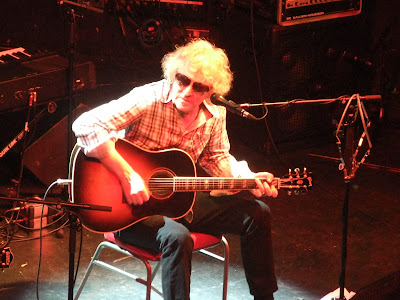 Following a short break, Ian Hunter appeared on the stage. It is apparently obligatory to mention his age while writing a review, so here it is - he is 73. 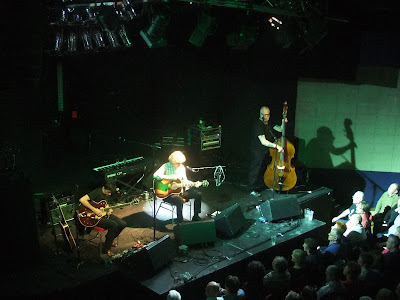 For this acoustic evening he was joined by guitarist Andy York  and bass player David Roe.

Initially, Ian's voice sounded strained and thin. It did improve as the evening wore on, but hitting the higher notes remained a problem. Being acoustic, and heavy on the harmonica, gave the evening a folk feel at times.

The power was mainly in the songs themselves. His most recent CD - When I'm President - continues to receive rave reviews. This was my first exposure to the new songs and I was impressed.

Indeed, the show opened with The Way You Look Tonight and a further six songs from When I'm President were to follow. 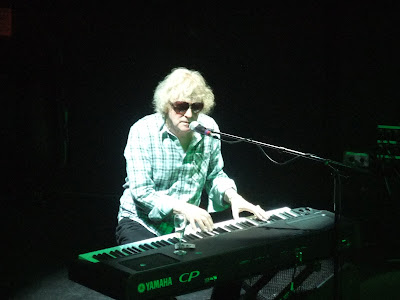 Little anecdotes occasionally punctuated the evening, such as the tale of Barry Manilow recording Ian's son Ships - ''the last hit he ever had.'' This he followed with the self-deprecating: ''...and speaking of Barry Manilow's last hit - here's my last hit...'' which triggered a lively rendition of Once Bitten Twice Shy. 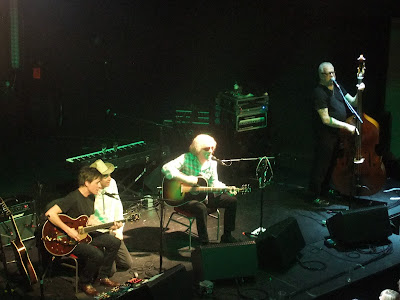 There was the occasional tale from life on the road. ''We were in Edinburgh last night. Slight cultural difference I noticed in architecture. Who's running the council here?? Shoot the ******!''

I was expecting a show somewhere in the region of 75-90 minutes, but the four-song encore - which included a very popular All The Young Dudes - stretched the performance fully to the two-hour mark, meaning I had to produce an (almost) Olympian time in running to catch the last bus home. 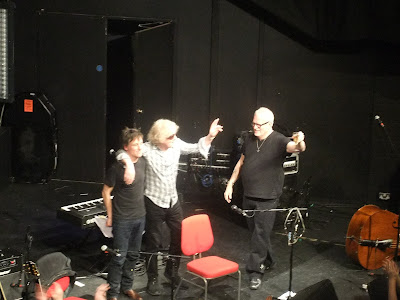 Roll Away The Stone
Life
All The Young Dudes
Goodnight Irene

Head to the official Ian Hunter website for further information.
Posted by Sean Marsh at 03:49