Amy Macdonald At The Sage 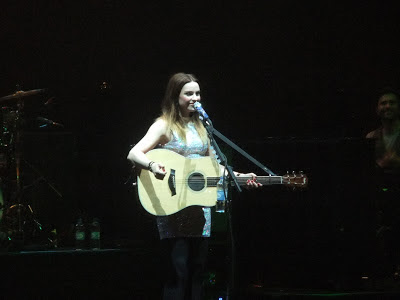 Amy Macdonald made her Sage debut last week and the venue was completely sold out.

Support came in the form of Ben Montague, a name which will doubtless be seen more often in the near future.


The release of 2012's Life In A Beautiful Light has given Amy three albums of fine songs from which to build a touring repertoire. All three were well represented at The Sage, with a couple of covers thrown in for good measure. 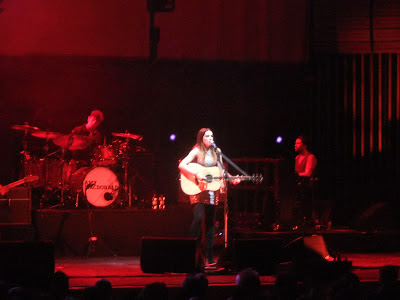 The show kicked off with 4th Of July - one of the strongest songs on the latest album. This was swiftly followed by Poison Prince, one of the stand-outs from her first album, This Is The Life. And thus the pattern for the evening was set, with 'old' classics happily rubbing shoulders with the newer material. 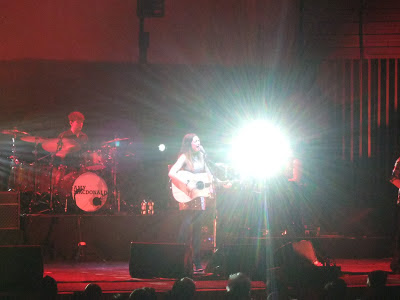 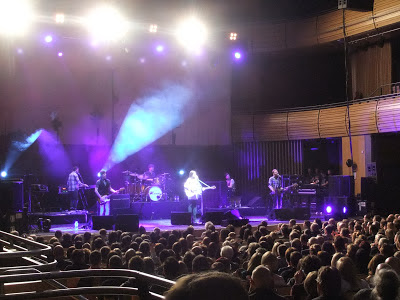 There were one or two things stopping the gig reaching the absolute heights. We felt the drums were too loud and they drowned out some of the lyrics (indeed, the mid-gig acoustic set was the highlight of the evening). There was also an issue with a Glaswegian heckler shouting down from Level 3. It doesn't really suit The Sage. Later on, a couple of foul words from Amy jarred somewhat and perhaps the talking between songs was a shade overlong in places. 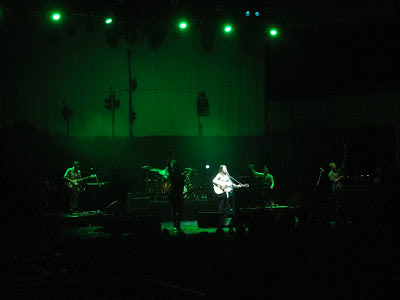 Nevertheless, she is a confident performer with a steadily growing catalogue of accomplished recordings to her name. 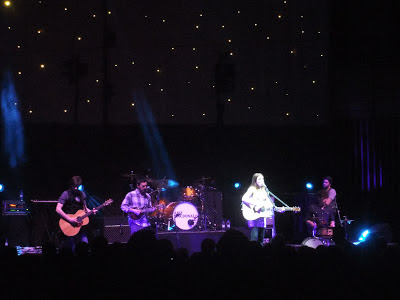 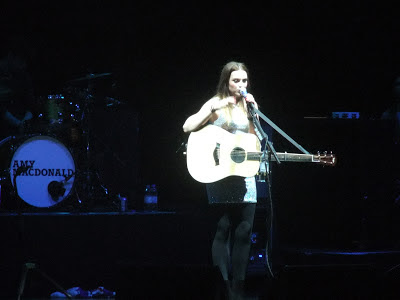 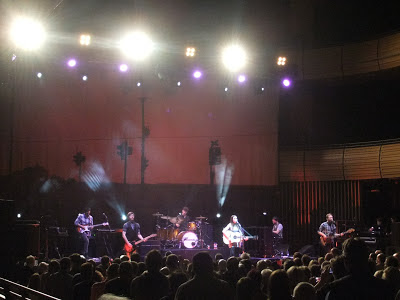 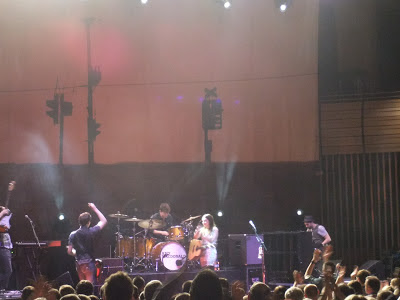 4th Of July
Poison Prince
L.A.
Spark
The Game
Mr. Rock and Roll
Slow It Down

(Acoustic set)
Love Love
Give It All Up
This Pretty Face

Run
This Is The Life
Life In A Beautiful Light

(Acoustic)
Dancing In The Dark
The Furthest Star

For further details about Amy Macdonald and her music, please visit her official website.

Amy Macdonald at the Carling Academy 2008