Gretchen Peters At The Sage

The Woman On A Wheel tour saw a triumphant return to The Sage for Gretchen Peters.

Following hard on the heels of last year's Hello Cruel World tour, which focused primarily on the album of the same name, Woman On A Wheel was more of a career retrospective, presenting songs all the way from 1996's The Secret of Life to the present day.

Support was provided by Ben Glover, who played a very accomplished solo acoustic set. He would return later in the evening for a couple of well-chosen duets with Gretchen.

Songs from Hello Cruel World still made up a fair percentage of the set list, which was fine by me. Indeed, the opening number, Woman On A Wheel, set the scene well.

Following the cheery Sunday Morning (Up And Down My Street), Gretchen quipped: ''Now we've got the happy song out of the way we're going to get down to business here...'' 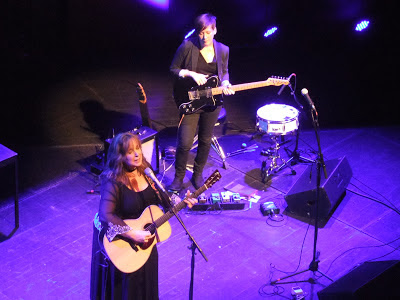 True enough, the songs generally wear their emotional badges of honour on their collective sleeve. 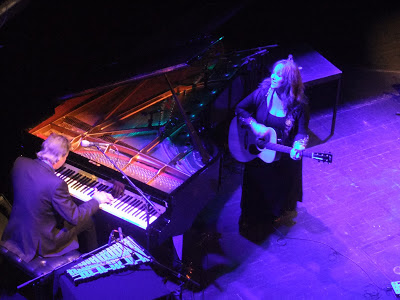 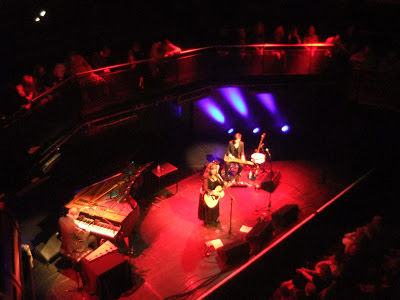 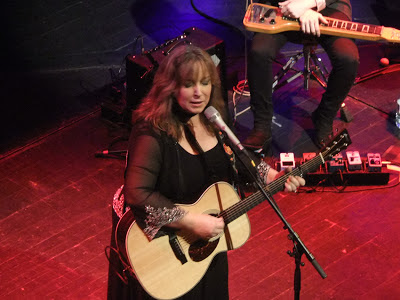 Midway through the set, Gretchen left the stage to showcase the talents of Barry Walsh and Christine Bougie. They played two of Barry's instrumental tracks - Leaving Newcastle and Gretchen's Theme - before Gretchen returned and launched straight into one of the biggest highlights of the evening, namely Hello Cruel World. It's such a great song that I think it could be used virtually anywhere in the set. Last year, it was the opening number. It would work equally well as the encore. it's my favourite of all Gretchen's songs. 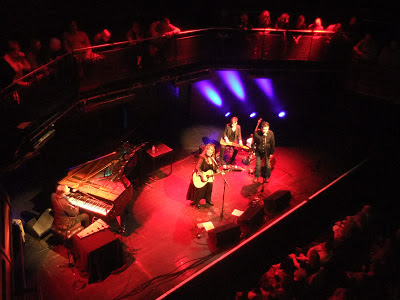 Ben Glover returned for a duet on Return Of The Grievous Angel (a great Gram Parsons classic). He returned once more for a beautiful rendition of Wild Horses, which brought the evening to a close. 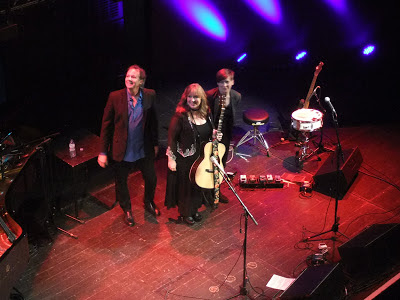 Breakfast At Our House
Wild Horses

For news about Gretchen's new CD, DVD and book release - Woman On A Wheel - please head for this page on her official website.

For my earlier reviews of Gretchen Peters, please follow these links: