ChessBase Magazine #135
The unleashing of each new issue of ChessBase Magazine is an event for celebration in the chess ranks.
Issue 135 hits the ground running with excellent coverage of the two supertournaments held at Wijk aan Zee and Linares.

The editorial of the magazine looks at the performances of Anand and Topalov in the context of their forthcoming World Championship match. Anand, unbeaten, shared fourth place at Wijk aan Zee. Topalov won Linares in typically stormy fashion, winning four games and losing one along the way.
Alongside the extraordinary range of usual features (which should keep even the fastest working chess players busy for some considerable time), there are numerous video lectures in the Fritztrainer format.
For me, the highlight of the whole magazine was Nigel Short's demonstration of his recent draw against Vladimir Kramnik. 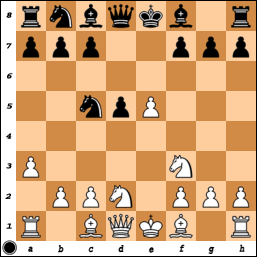 GM Short innovated early on against the pesky Petroff. Here, he has just played his pawn to a3, preparing b4. He developed a crushing position. 'I had Vladimir Kramnik's balls on toast', he says, and is very scathing about the way he missed several opportunities. Short has never been known to mince his words.
It makes for a very entertaining 30 minutes or so and give an early indication that his forthcoming ChessBase DVD in which he will talk viewers through his best games will be one well worth looking out for.

'A unique Dragon-Najdorf setup is what FM Lilov calls the core of the Sicilian Kan, which will guarantee you a strong and active position even late in the middle game, which will provide you with plenty of counterattack possibilities.'

FM Lilov is another presenter for the ChessBase Fritztrainer range and here he makes a double-headed debut with a brace of DVDs.
The Sicilian Kan arises after the moves:
1 e4 c5 2 Nf3 e6 3 d4 cxd4 4 Nxd4 a6 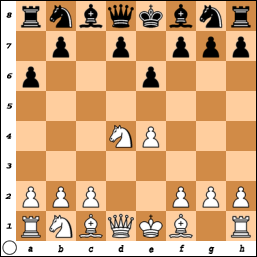 It's a slippery system and one which suffers from - or enjoys - far less coverage than certain Sicilian variations.
Following the introduction and a model game, the presenter looks at Black's early ...Bb4 idea and discusses 'the best formation' for White; namely, 5 Nc3 followed by 6 Bd3.
The lines considered on this DVD show Black aiming for a rapid ...b7-b5.
The bulk of the material is covered in these chapters:

The Queen's Gambit Accepted
By FM Valeri Lilov
4 hours 23 minutes
ChessBase
'FM Lilov will teach you a plan for Black with a6, b5,Bb7, Nbd7 and c5, which is one of the best ways to meet White's Queen's Gambit.'
The problems with the Kan DVD are in evidence again in FM Lilov's treatment of the Queen's Gambit Accepted (1 d4 d5 2 c4 dxc4); perhaps even more so.
The basic ideas are given, but the selection of material could be a lot better. Numerous important lines are left out and the whole presentation would have benefitted enormously from a disciplined lecture or two running through the theoretical essentials.

All in all, I came away from this DVD feeling rather disappointed. However, it could make an easy starting point for lesser experienced club players, new to the QGA, who would like to learn something about it. But they will have to do quite a lot of independent research to create a workable repertoire.

The back cover blurb for both of these DVDs has presumably lost something in translation:

'FM Valeri Lilov also known as Tiger Lilov is probably the one who once taught you chess and you still remember those little things that come to your mind when you most need them. Today, he is one of the most famous and quality online chess coaches that you will see on virtually all major chess websites on the internet.'

Spanish Exchange Variation
By IM Andrew Martin
Four hours
ChessBase
IM Martin is, as usual, rather more to the point with his presentation. He offers substantial coverage of variations arising from 1 e4 e5 2 Nf3 Nc6 3 Bb5 a6 4 Bxc6. Old Fischer favourites die hard but the Exchange Variation has never gathered as many fans as the frankly superior 4 Ba4. Yet 4 Bxc6 has a major selling point:

'A simple idea underpins the Exchange Variation of the Ruy Lopez. Take all the pieces off and White wins the ending.'

He gives players of the Black pieces some sensible advise: hang onto the Bishop pair and keep well clear of the endgame.

The second lecture takes a good look at the pawn skeleton endgame to show exactly how White should win. 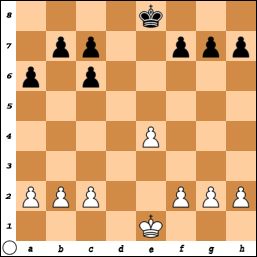 This is important, as essentially White's game plan is simply to get down to this sort of position, so it makes perfect sense to master the basic procedure of converting the advantage.
IM Martin then proceeds to run through the main variations.
After 1 e4 e5 2 Nf3 Nc6 3 Bb5 a6 4 Bxc6 dxc6 5 0-0 (White does have other moves, but 5 0-0 is the sole consideration of this DVD)... 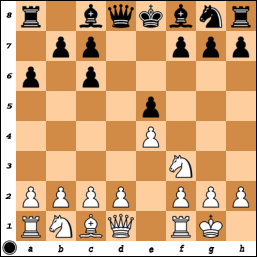 ...all of Black's major options are analysed. They are:

There's also a bit of coverage for Black's alternative capture, 4...bxc6
The coverage looks thorough to me and the explanations should provide the student with a good enough understanding to start successfully employing the Exchange Variation over the board. Better still, vary it with 4 Ba4 and you will force your opponents to analyse more lines than normal.

This is the pick of the Fritzainer bunch this time around.
For further details of Chessbase products, please go to:
http://www.chessbase.com/
Posted by Sean Marsh at 05:54