Bempton Cliffs, situated between Scarborough and Flamborough Head, features an extraordinary number of birds - more than 200,000 in fact! Alongside the abundance of seagulls it is possible to see gannets, guillemots, razorbills, kittiwakes, fulmars and puffins.
I went there during last week's stay in Scarborough. It was an extremely cold day but the cliffs were absolutely alive with birds.
Here's a few of the many photos I took. 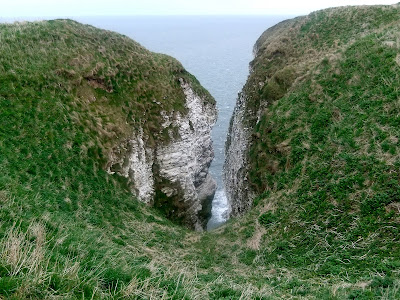 Birds were crammed into virtually every nook and cranny along the cliffs. This and the next two photos show the same spot with different zooms. 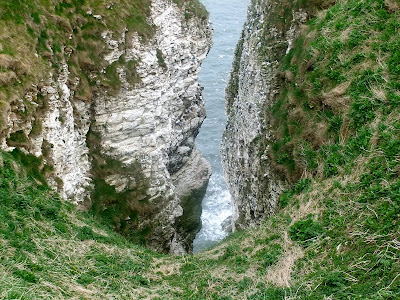 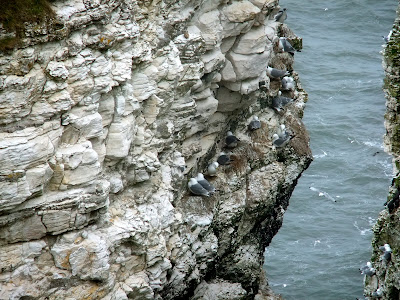 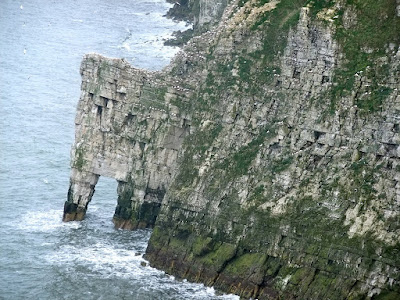 It's not so easy to see, but there are literally hundreds of birds in this picture. If you can see distant lines of white dots all over the place it will give you some indication as to their number. 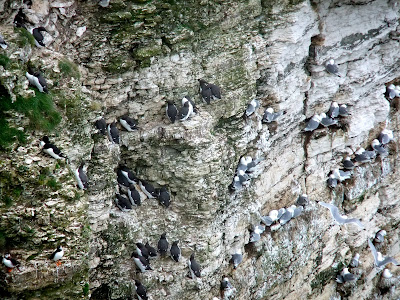 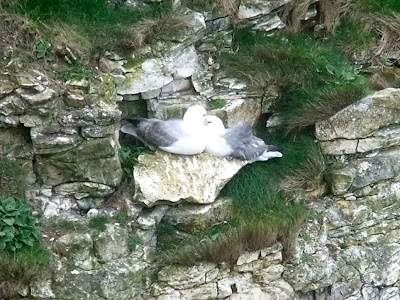 It's not much, but they call it home. 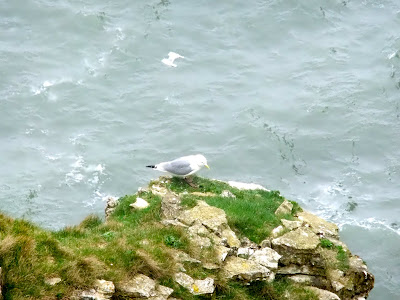 Most of the birds were paired up for the mating season but here's a rare loner. 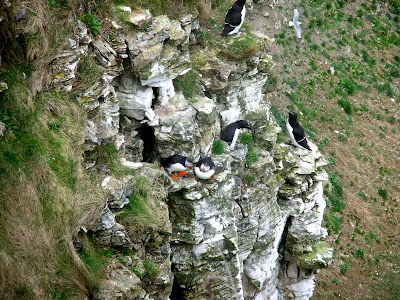 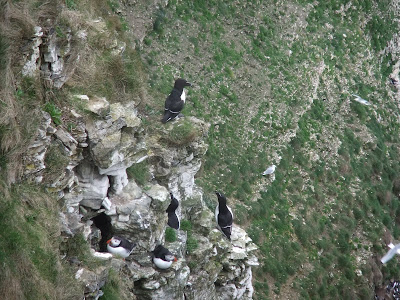 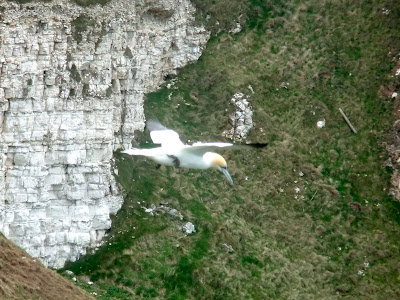 The gannets are huge compared to most of the other birds. 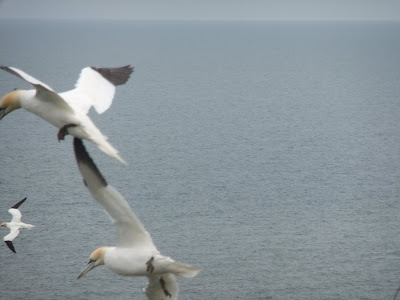 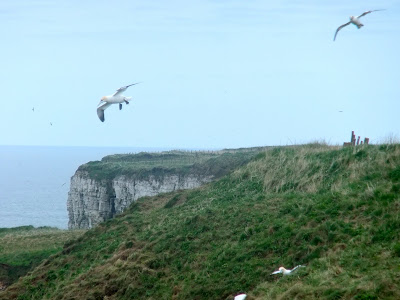 They were able to land like a Harrier Jump jet. 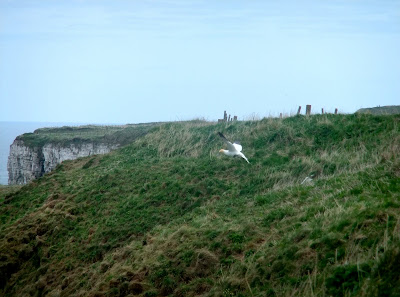 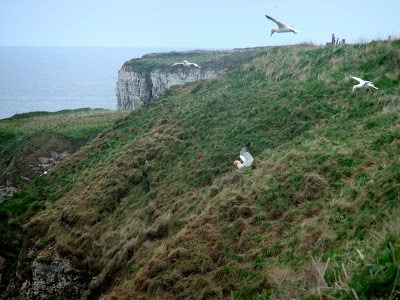 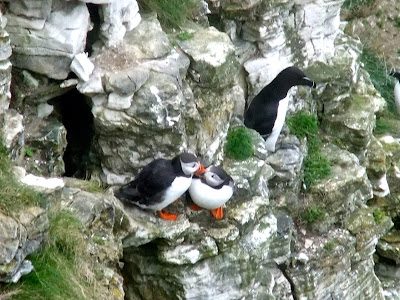 They seem happy together!
Posted by Sean Marsh at 00:14

Amazing photos!! I had no idea that was even there! I feel so sorry for that lone bird though...

Thank you - the new camera is doing a good job!

It was a very cold day though. One felt sorry for ALL the birds, clinging to the smallest of spaces on the precarious cliffs. Mind you, there was often plenty of room 'around the corner' - presumably only certain cliffs were suitable.