Two Shows at The Sage

There are very few things I enjoy as much as music and I was delighted to see two great shows at The Sage (Gateshead) recently.

The first was Transatlantic Sessions on February 3rd and this was quickly followed by Nanci Griffith (February 8th).

My full reviews of both shows are due to appear in a music magazine soon (details to follow). Meanwhile, here are a few snaps and general impressions. 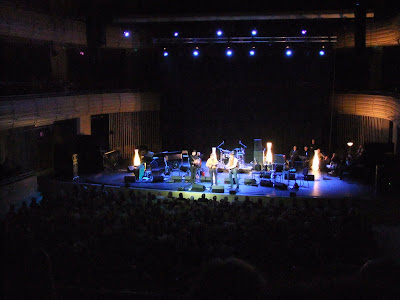 The Transatlantic Sessions brought together an extraordinary group of singers and musicians - 17 in all - who all had their turn centre stage at various times. They played for two and a half hours (not including the short break). 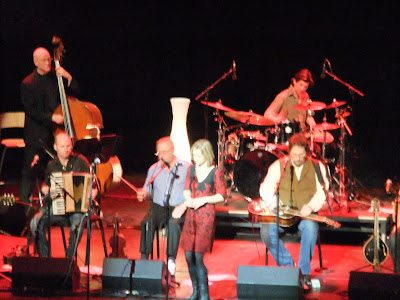 Cara Dillon's beautiful voice was one of many highlights over the course of a very fine evening. 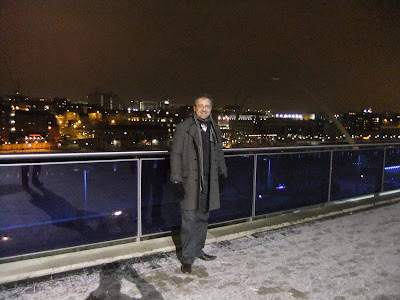 A sprinkling of snow gave the evening a pleasantly seasonal extra touch. Julian Allinson (above) and I (below) clearly enjoyed the show. 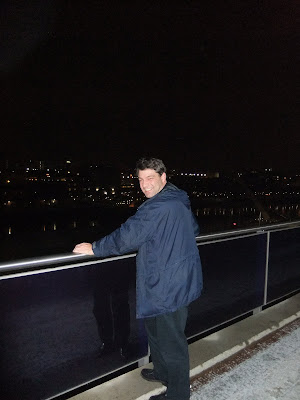 I'd been wanting to see Nanci Griffith for some time and it was great to see her at last. Edwina Hayes opened the show with a very pleasant half-hour, setting the scene nicely for the main event.

The 'Queen of Folkabilly' delivered a fine show, with a 90-minute set interspersed with numerous stories and other background snippets. 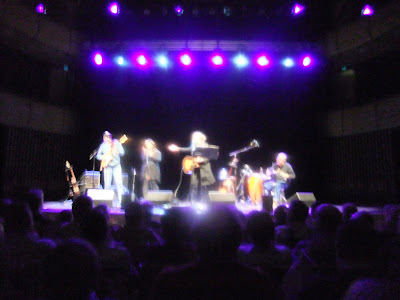 This photo is obviously not of the highest quality but gives a basic impression of the stage set-up. Nanci is the centre and (left to right) there's Thomm Jutz, Edwina Hayes (who joined the group for the last three numbers) and Pat McInerney.

I'm planning on seeing plenty more shows in 2010 and reports will naturally follow here at Marsh Towers.
Posted by Sean Marsh at 00:18