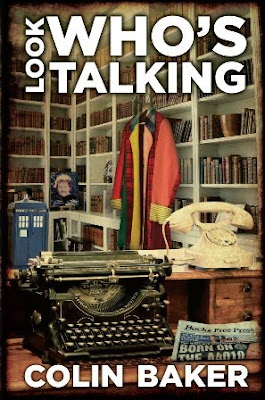 'Pulling no punches, taking no prisoners and sparing no detail, the ups and downs of Colin’s life are shared with panache, honesty and clarity, and they are every bit as entertaining and surreal as his trips in that famous police box…’

Colin Baker, whose acting credits include (of course) the role of the Sixth Doctor (the coat will tell you it was during the 1980s), has been writing a newspaper column for 'The Bucks Free Press' since 1995. This new book is an anthology of some of his best columns, with newly written linking material.

This is by no means a collection of writing solely based around Doctor Who, although naturally there's a sprinkling of columns associated with the great show.

The material is based on Colin's general musings regarding a whole range of subjects, arranged in the following chapters:

Television - from both sides

That Was the Year That Was

The Age of Chaos

An Actor’s Life for Me

Issues of the 90s

A Selection of Early Articles

A Red Top to a Bull

There are plenty of wry observations about everyday annoyances, such as in the second chapter.

'I suppose it will come as no surprise to anyone who has met me or spent any time in my company that there is a certain, shall we say, ''grumpiness'' bubbling away under my seemingly benign and easy-going exterior. This is apparent, I must admit, in the following selection of examples of frustration venting and downright irascibility.'

He rails against the stubbornness of smokers, the difficulties involve d when trying to buy home insurance, chain-letter emails ('...a 21st Century equivalent of knocking on doors and running away'), cyclists riding on pavements and the impossibility of getting a quote for the repair of a printer. Readers will find themselves nodding and laughing will familiarity throughout the chapter.

'It's official. I am turning into Victor Meldrew', he confesses. 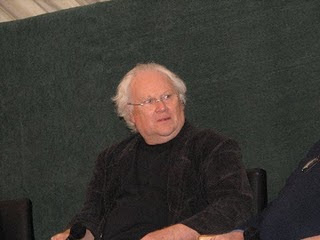 'Old Sixie' refers to his persona as the Sixth Doctor Who and the chapter collects together some of his stories about the show, including his opinion of the show when it return in 2005 and a report of his trip to the filming of the series in 2007.

'...get that sofa away from the wall! The Doctor is back with a vengeance.' 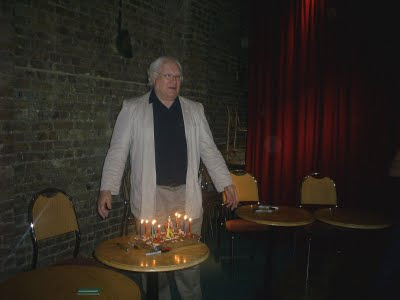 In amongst the 'grumpy' rantings and general tales of life going by, there is still room for the author's thoughts on more serious matters, particularly in the chapter '21 Century News'. He covers such big issues as the destruction of the Twin Towers, the abduction of Madeline McCann and the shooting of Jean Charles de Menezes. No punches are pulled.

On a lighter note, 'Words Words Words' is a treat for those who share the author's fascination with the English language.

'Once we have a generation who can appreciate the complexities of grammar again, rather than shy away from them, our written language might once again produce sentences with series of interlinked clauses, adjectival phrases and dare to tiptoe into a subjunctive mood.'

I'm sure he could write a whole book on the subject of the English language. Maybe he will...? 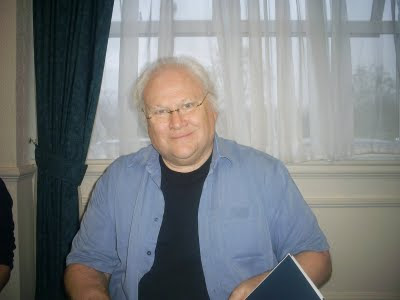 This book will obviously be on the shopping lists of Doctor Who fans, but it should also appeal to anyone who enjoys well-written, thought provoking articles on a whole range of subjects. It's a terrific book for dipping into; a great book for the bedside table or train journey.

They are currently in the process of expanding their range and have several new titles in the pipeline. A sequel to ‘Look Who’s Talking’ is scheduled for an October release and is called 'Whether You Like it Or Not'. A collection of Colin Baker's short stories is also in the pipeline.

Pre-orders are encouraged (and can be done so with confidence) and usually have the added bonuses of guaranteeing a signed copy and the buyer's name included in a special section at the end of the books.

For further details, keep an eye on:

My name is Gary Danelishen. In 2008, I published a book by the title of The Final Theory of Chess. This book uses computer generated analysis to explore openings such as the Blackmar-Diemer Gambit, the French Defense - Advance Variation: Nimzowitsch Attack, the Dutch Defense - Ilyin-Zhenevsky System and many others.

This book represents four years of around-the-clock computer analysis using several computers. In total, approximately three-hundred sixty-five pages are filled with computer analysis. I have also begun a chess openings wiki (http://finaltheoryofchess.game-server.cc/mediawiki/index.php/Initial_Position) based around the openings which are analyzed in my book.

I would like to mail you a complimentary copy of the book. Would you be interested in receiving a copy and possibly considering reviewing the book?

Thank you for your message.

I'll certainly review the book. If you could send me an email address in a comment on here I'll forward my home address. (I won't publish the comment with your email address in unless you want me to.)