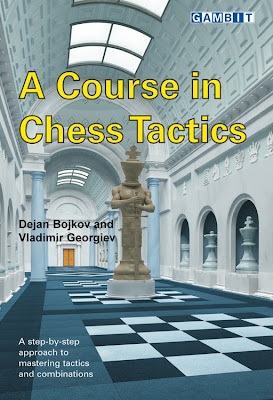 A Course in Chess Tactics

‘Our aim is to help you develop an understanding of the principles of chess tactics, so they become instinctive. With some practice, you will start to sense the crucial moments, to feel danger in your position and to smell when something is wrong in your opponent’s camp.’

As the list of contents suggests, each tactical theme is discussed in turn. Illustrative positions - appearing in the form of full games, snippets and sometimes even well-chosen studies - are used to demonstrate each idea.

The Power of the Pawn

Here’s a potent example of a pin.

‘A skilful opponent will generally be well aware of the dangers that a pin may cause. However, we may nevertheless be able to direct the game along the course we desire by forcing a pin: 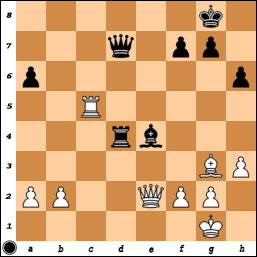 And now forces his opponent’s king to step on a minefield: 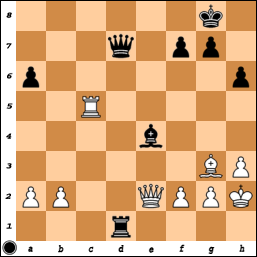 For the hyper-important tempo black sacrificed a whole rook, and was rewarded with mate.’

Following the examples, the reader is presented with eight relevant test positions to solve in each chapter. Then it’s on to some harder work.

Part 2 presents more advanced material, with the main focus of attention falling on the weaknesses in the position of a castled King.

The Mystery of the Opposite-Coloured Bishops

The f7 pawn takes a real pasting in the examples given. This is a particularly good one… 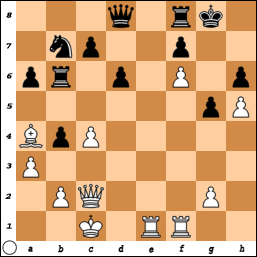 This chapter consists of 50 test positions, with no clues apart from indicating which side is to move.

There’s a rallying cry before the tests begin:

‘A final tip: do not be afraid to sacrifice material. You will learn from losing a chess game with honour than you will from gaining a couple of Elo points with a chicken-hearted draw offer. Remember, we are not slaves of our ratings.’

Here’s one for you try: 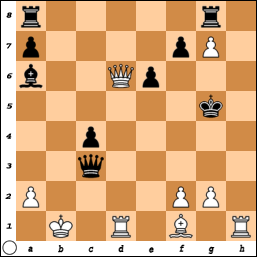 The answers are given at the end of the book, with light annotations.

There are plenty of fresh examples in the book, with numerous games from 2008. Coaches will find a fine collection of material, with ready-made lessons.

Although most players will derive some benefit from the illustrative tactical samples, I think the exam positions would be of most use to strong club players, who should definitely be able to sharpen up their game as they work on the tricky tactical tests.