The Sicilian With 3. Bb5
By GM Alexei Shirov
Seven Hours
ChessBase
The 3 Bb5 lines given here relate specifically to the move order 1 e4 c5 2 Nf3 Nc6 3 Bb5, so anyone looking for games and information relating to 1 e4 c5 2 Nf3 d6 3 Bb5+ will have to wait until another volume appears.

In former times, 3 Bb5 was a safe choice to avoid theory and create a dull game. In the hands of GM Shirov, there’s no question of heading for dull, calm waters so it was intriguing to see what he would make of this variation.

GM Shitov says that this system is specifically used as anti-Sveshnikov device, as Black appears to be holding his own in those main lines at the moment.

Curiously, all have happened - with both colours! - in Shirov’s own games and he comments that he still does not know for sure which move is the best. Indeed, originally he was unsure whether to present the DVD from the White or Black side, ultimately choosing to treat it as instrctional material for both sides. He presents 12 main illustrative games from his own practice; six with each colour. The games range from 2002 to 2008.

He admits that there is no way for White to gain an advantage but the suggested lines should always create interesting games. The order of the day is to head for a long strategic fight, often leading to the endgame, as there is less chance of attacking the King as in Open Sicilians. Indeed, the illustrative game Morozevich - Shirov goes on for 114 moves after some very fine play in an endgame of Queen v two Rooks.

Sometimes White is able to exploit pawn weaknesses in Black's camp and the latter does well to avoid slipping into a clearly worse position. GM Shirov shows how to distract White players from their automatic plans. 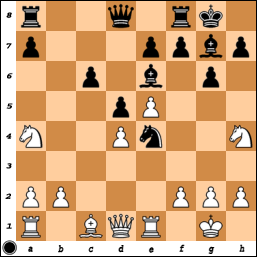 Kasparov - Shirov
With 13 Na4, White is clearly limbering up for some positional play on the Queenside. GM Shirov, typically, kicks against the trend with 13...g5 14 Nf3 f6! 15 Be3 g4 and the game was eventually drawn.

Of course, the general strategic nature of the play doesn't rule out some faster attacking options, such as this one. 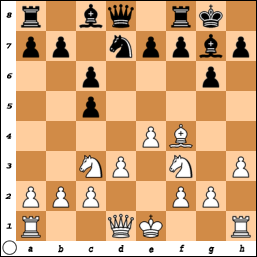 The last three lectures might look familiar as they are taken from previous Shirov DVDs but of course they are very relevant to the Bb5 discussion.

It's all interesting stuff, told in Shirov's inimitable style. However, after all the games and analysis presented over the course of seven hours, he admits he still prefers playing 3 d4 after 1 e4 c5 2 Nf3 Nc6!

The f4 Sicilian
By GM Nigel Davies
Four hours
ChessBase
The f4 Sicilian is favoured by attacking players. White’s early f-pawn lunge is a clear sign of aggressive intentions and the first player would like nothing better than to win quickly with a classy Kingside assault.

The introduction on this DVD gives the basic themes and stresses the nuances of the early move orders. Black appears to have more to think about after1 e4 c5 2 Nc3 and only then 3 f4. The logic is that if Black prefers the Najdorf Sicilian, then after 1 e4 c5 2 Nc3 Nc6 3 Nf3 and 4 d4 he could easily end up in unfamiliar territory. Yet after 1 e4 c5 2 Nc3 d6 3 f4 Black then loses some options of playing against the Grand Prix Attack.

The downside to White’s move order, as GM Davies ably demonstrates, is that in lines where Black plays an early …Nc6-d4 and White exchanges it, a Black pawn will end up on d4 and it will gain a tempo by attacking the Knight on c3.

In general terms, White is aiming to build up a quick Kingside attack which, as the DVD says, could be taught to a five year old thanks to the simplicity of the plan. 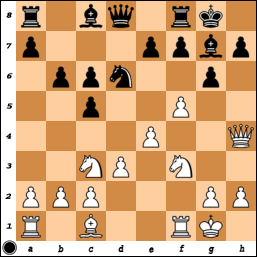 Hebden - Large
British Championship, 1982
Here's a typical example. White has just played 11 f5 and it's easy to see that he can face the future with confidence. 1-0 (27)

After 1 e4 c5 2 f4, Black has a gambit option with 2...d5 3 exd5 Nf6. A 30 year old game between Hartston and Tal is often quoted as a good reason for Black to play this way (even though the books usually forget to mention that the game was drawn, despite the praise heaped on Black’s play). The games presented on this DVD do seem to confirm that Black has more fun than White, with the latter unable to play for his automatic Kingside attack. Two lectures analyse 3 exd5 and one looks at 3 Nc3, both of which fail to trouble Black.

The conclusion is that White should definitely favour 2 Nc3 and 3 f4. However, fans of the Sicilian will do well to pay attention to these first few lectures so they’ll know what to do if they get the chance over the board

When White gets the initial move order right, the main line appears after: 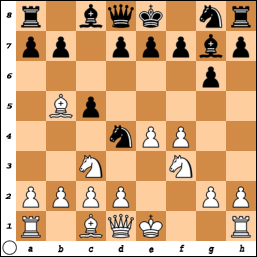 This DVD examines various sixth move options for White at this point.

Quite a few of the 23 main illustartive games are devoted to these lines. The latter is given as the most promising continuation for White.

1 e4 c5 2 Nc3 Nc6 3 f4 g6 4 Nf3 Bg7 5 Bc4 was popular on the weekend congress circuit in the 1980s but GM Davies believe sit be distinctly inferior to 5 Bb5. However, material is given here for Black players to defuse all of the White’s dangerous desires.

The final lecture presents a conclusion plus a round-up of recent ideas.

1 e4 c5 2 Nc3 Nc6 3 Bb5 is given brief coverage. White is partly angling for an f4 Sicilian while denying Black some of his options and the second players needs to be very careful to avoid one particularly nasty trap along the way.

Secondly, the idea of playing a similar system against the English Opening is given as food for thought (1 c4 e5 2 Nc3 Nc6 3 g3 f5). It is not always immediately apparent to students that a system against the Sicilian can be successfully adopted to face 1 c4 so it’s with keeping in kind.

As usual, GM Davies does a sterling job of presenting to club players the plans, ideas and typical tactics of a particular opening. The Grand Prix Attack can be fatal against those who know little about it and try to get away with stereotypical Sicilian moves.

The emphasis is firmly on sensible explanations. The theory is hardly cutting edge and the analysis never approaches an intimidating depth but there is no doubt that lines with 2 or 3 f4 can be used with success over the board.

The Caro-Kann
By GM Viktor Bologan
Four hours and 40 minutes
ChessBase
The Caro-Kann is clearly one of the most solid defences at Black’s disposal when facing 1 e4. Grandmaster Bologan presents a very serious and hard wearing repertoire, focusing on the main lines in each variation. from Black’s point of view.

In the introduction, GM Bologan says that the lines he is going to suggest are those which he himself thinks are the best. The material is presented with sufficient depth to appeal to stronger players but the basic explanations at the start of each chapter are aimed at club players. A short conclusion follows at the end of each video lecture, neatly summarising the important points.

The minor White options are covered at the start of the DVD. Black players are shown how to play against 2 d3, the Two Knights’ Variation, 3 f3, the Exchange Variation and the Panov Attack.

The most controversial recommendation comes when analysing the Panov Attack. 1 e4 c6 2 d4 d5 3 exd5 cxd5 4 c4, when Black is encouraged to reply with 4 …Nf6 5 Nc3 g6. The presenter stresses the logic of this approach; the position is very similar to a Grunfeld Defence so Black develops accordingly.

It has been trendy of late to recommend 3...c5 against the Advance Variation but on this DVD the long-established 1 e4 c6 2 d4 d5 3 e5 Bf5 is the suggested line.

The Advance Variation and The Classical System (in which plays either 3 Nd2 or 3 Nc3) are given seven video lectures each. Five are devoted to the various moves and plans arising from the Main Line (starting with 1 e4 c6 2 d4 d5 3 Nc3 dxe4 4 Nxe4 Bf5) 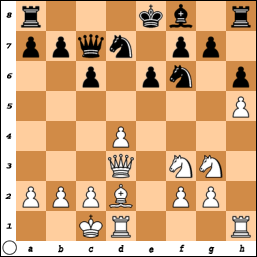 This is a key position for the Classical Variation. 14 Qe2 and 14 Ne4 are covered in the most depth.

Black is aiming for this sort of position 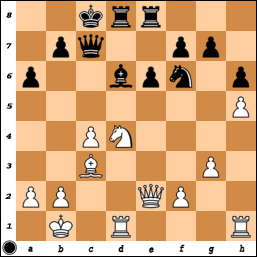 Here, GM Bologan says that Black’s good control of certain key squares makes it very difficult for White to improve his position, whereas Black still can with 21...Rd7 followed by doubling the Rooks and initiating more exchanges with …Bc5. Then White’s pawn on h5 might end up being an endgame weakness.

Black’s approach in all of the main line variations is relatively consistent. Completing development with a timely …Rhe8, he then aims for …c5, usually just after White plays c2-c4. There are some surprising rejoinders if White doesn’t quite get the move order right. For example, in this position: 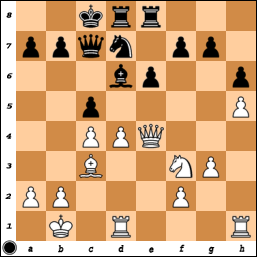 …Black is encouraged to play 19...f5 and after 20 Qc2 Nf6 the Knight controls some important squares and the ‘weakness’ of the backward e6 is apparently illusory.

The coverage is nicely unbiased, with only eight of the illustrative games ending in wins for Black.

GM Bologan’s soft, Eastern European accent exudes calm and confidence. His presentation skills are solid rather spectacular, just like the Caro-Kann lines he suggests. All in all, this is a very enjoyable and instructive DVD and hopefully we will see more by the same presenter soon.