I managed to pack quite a bit into my latest London trip. Four days gave me scope to record nearly six hours of chess interviews for various writing projects, catch up with some old friends, make some new ones and visit some very impressive museums.

First on the agenda was The Imperial War Museum. This consists of an enormous collection of authentic artifacts and displays on several levels from numerous wars and other conflicts.

It really is an excellent place to visit and there is so much to see that at least one more return to the museum is a certainty.

Here's a few snaps from around the displays. 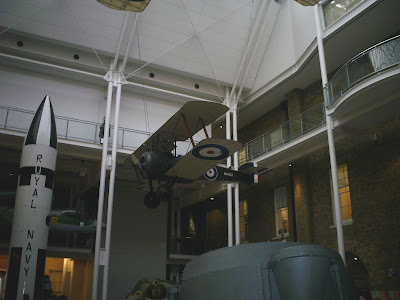 Just like when we were kids...hanging models from the ceiling!
These require something more than a small piece of cotton and staple. 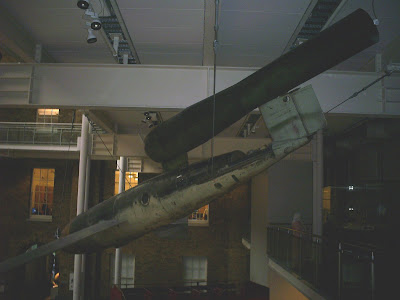 Only worry when the engine stops. 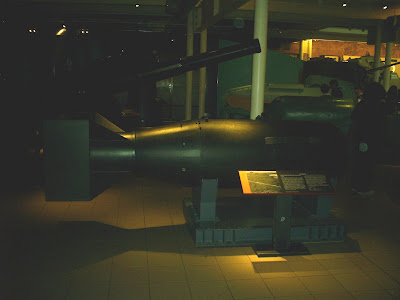 Small but highly dangerous. One of the original 'weapons of mass destruction' 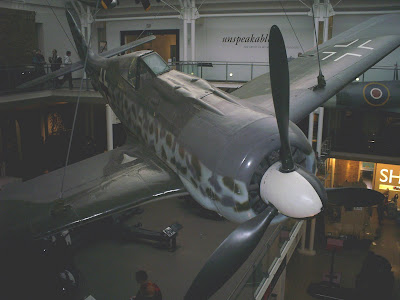 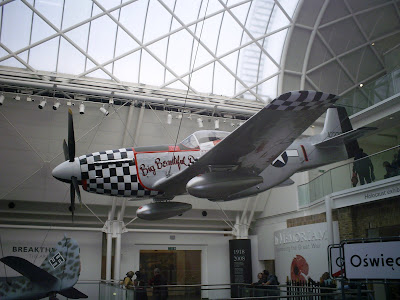 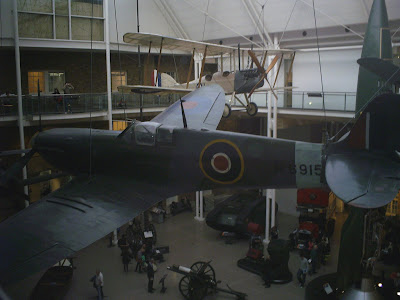 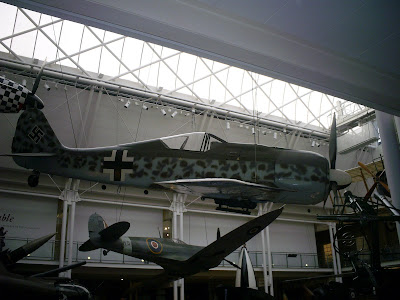 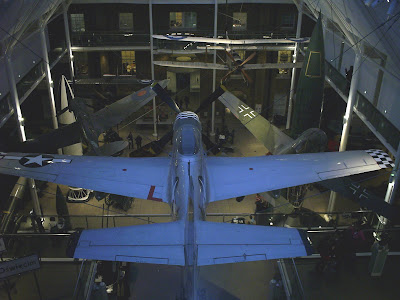 View from the top floor of the musuem.

It just so happened that the Ian Fleming exhibition, 'For Your Eyes Only', was at the Imperial War Museum for the last week or so of its duration. This was the only part of the museum for which one had to pay, but it was worth the financial effort. 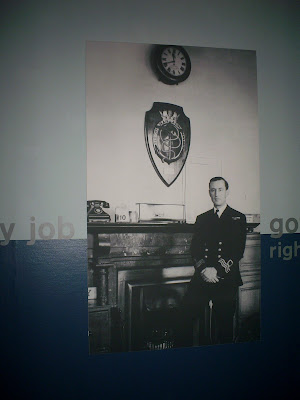 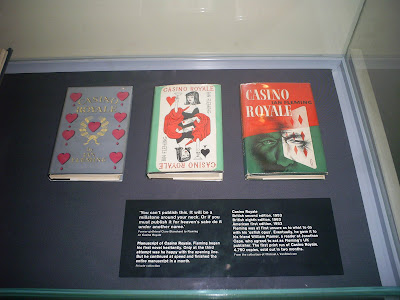 Early editions of his famous books 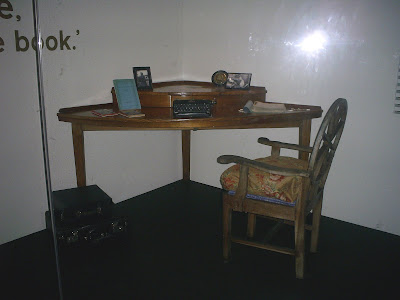 Authentic furniture from 'Goldeneye' (the house - not the film!) 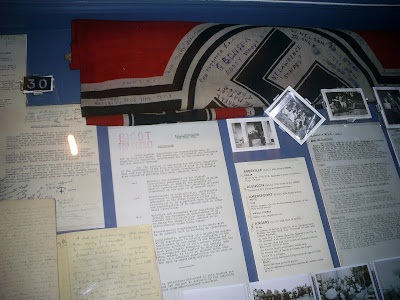 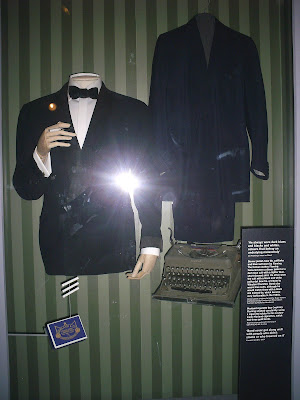 'I say Q, this invisible paint is all very well, but it doesn't seem to work on hands!' 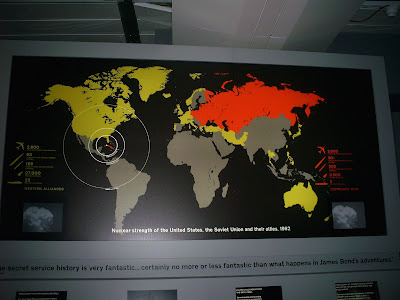 After I took this shot of something Blofeld would spend all day looking at, I was informed that cameras weren't allowed in the Ian Fleming exhibition, so I rather obediently put it away. A pity really, because there were lots of James Bond costumes and gadgets just around the corner, including the famous golden gun, the 'shoes with the spike' and 'Little Nellie'.

The following day I went to Doughty Street to see the Charles Dickens Museum. 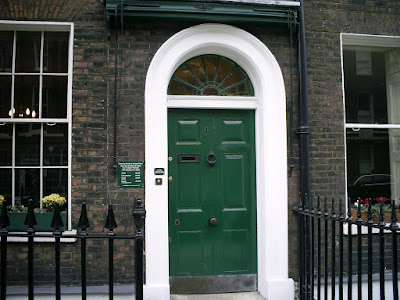 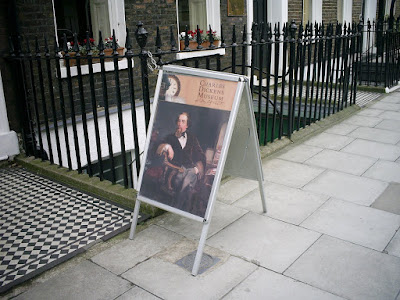 The museum was packed with Dickensiana, covering all periods of his life. Here's a selection from the photos I took... 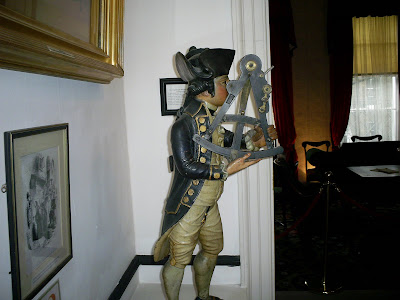 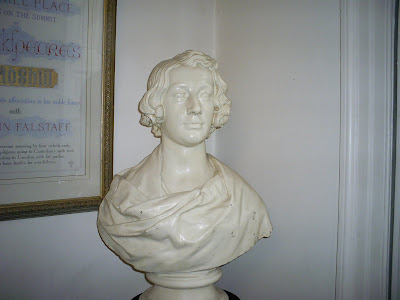 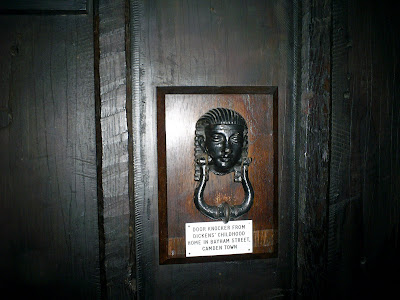 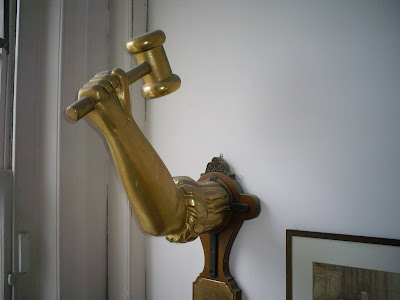 Perhaps you should make up your own joke captions
every now and then - there's no 'arm in it. 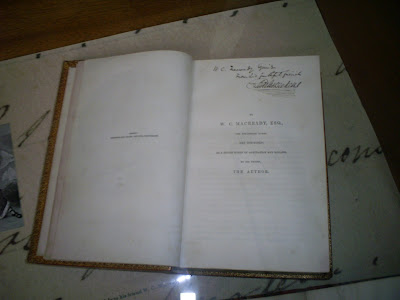 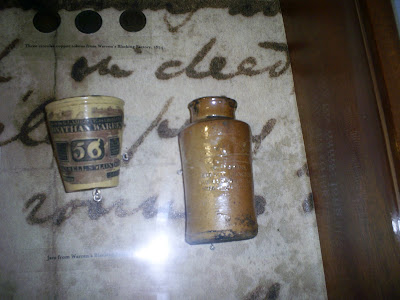 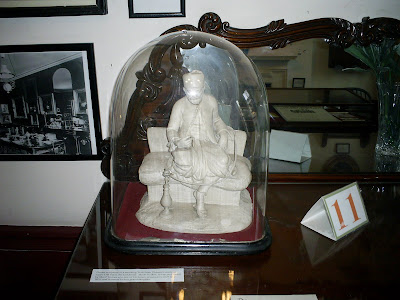 One of his favourite desk ornaments. 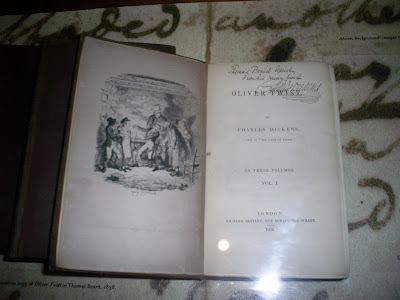 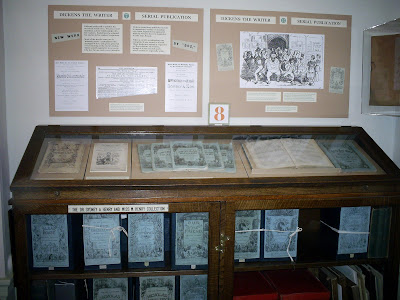 A good colection of monthly editions. 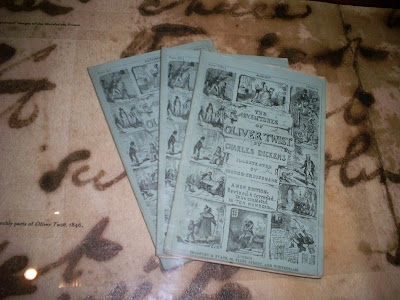 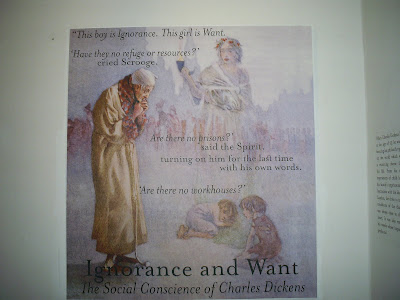 Dickens was rarely without a moral - and worthy - message. 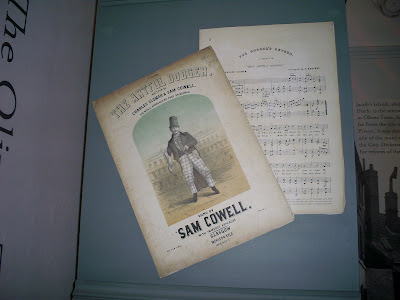 These S. Cowells have obviously been in the music business for some time. 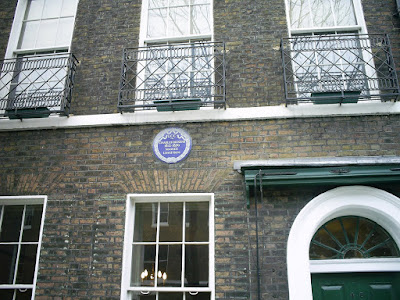 Blue plaque for the great man. I wonder if they'll ever award them for blogging?

The chess part of the trip will no doubt bear fruit in due course (some projects take time). Meanwhile, perhaps you will recognise this famous g-pawn pusher, advertising his famous 'Hook-a-book' chess set in a Thai Restaurant? 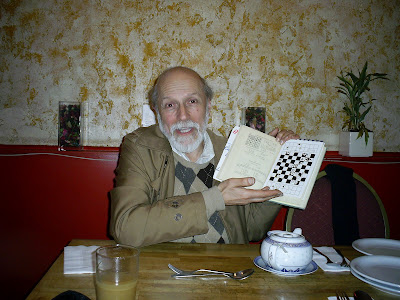 Yes - it's the unique Mike Basman, creator of the UK Chess Challenge, whose chess achievements are quite astonishing.
Posted by Sean Marsh at 05:43

Impressive pictures! How did you find time to do all of that?!

I'm surprised Dickens had space to write, his taste in desk ornaments was a tad excessive...

A combination of lots of shoe leather and a brand new Oyster card, and splitting the days 50-50 between interviewing and viewing.

I'll be back for more before too long. The Oxford Street HMV still has a couple of CDs I haven't got.