Having gone for eight years without a trip to London, I managed two such excursions within a matter of weeks over the summer.

It was a speedy turnaround after my trip to Wales - just a quick night at home and then it was time to catch the train again. This time it was for business rather than pleasure, but very pleasurable business it turned out to be.

The Marble Arch Inn proved to be a perfectly central place of accommodation, making it relatively easy to get to and from King’s Cross and all of the other places I intended to visit.

The main reason for my trip was to report on the Staunton Memorial chess tournament, taking place at Simpson’s in the Strand, and to meet up with various people for lots of other bits and pieces of writing projects (further details these will become apparent over the next few months).
Part of Simpson’s was used as a press room back in 1993, during the Kasparov v Short World Championship match. The games were played in the Savoy, just next door.

I don’t want to repeat my written report on the Staunton tournament here but will advise you when it is formally published. 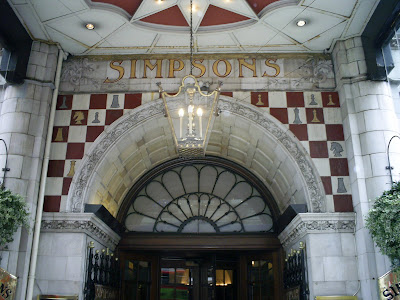 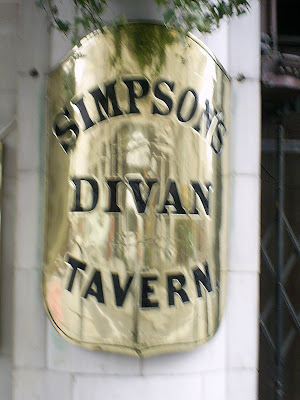 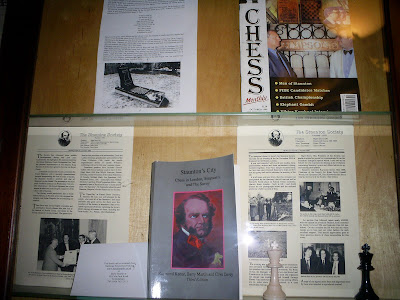 The Staunton Cabinet contains a lot of chess memorabilia. 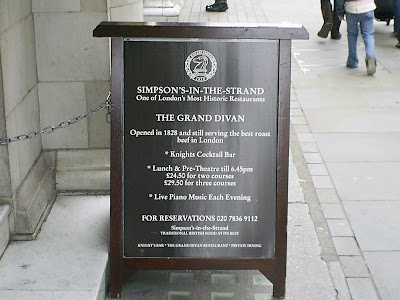 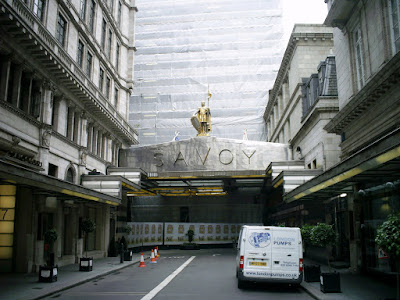 The Savoy, venue of the famous 1993 World Chess Championship between Kasparov and Short, is still undergoing major work.

A great bonus of being in London this time was being able to meet up with Julian Allinson. He’s been a great friend for well over 20 years but it’s the first time I’ve seen him since he moved to London. Now happily married and with his own business ( see: http://www.heicontracts.com/ ), Julian is in the prime of his life. The hiatus in his chess playing days will surely be only temporary. 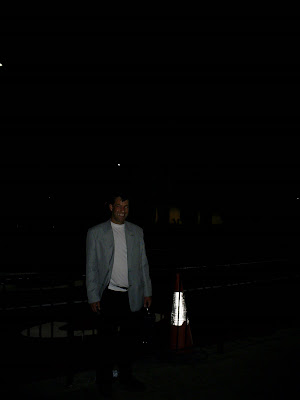 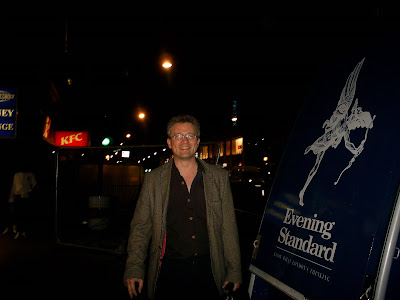 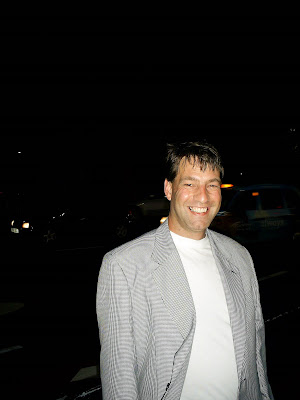 We managed to take a few snaps of each other as we enjoyed a night stroll, curry and coffee, but the opportunity for a photograph of the two of us together wasn’t as easy to arrange as it should have been. Very few of the passers-by looked particularly trustworthy so we eventually asked an older chap if he wouldn’t mind taking the shot. We were fairly confident about catching him if he ran off with the camera. However, he claimed never to have used a camera before in his life and handed it back as if it was about to bite him.

Still, we managed to get the picture (...by holding the camera myself, at arm's length!) 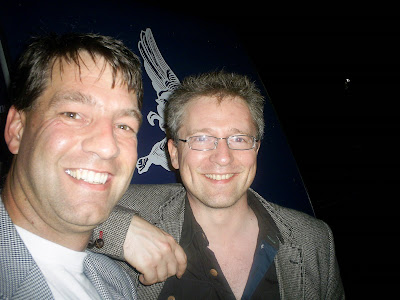 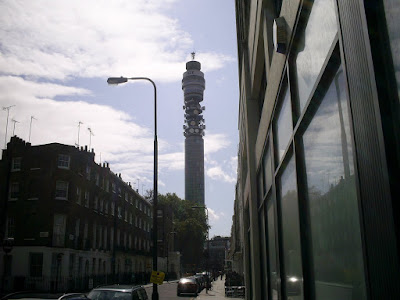 Meanwhile, if you bought this month's Doctor Who DVD, 'The War Machines', you'll recognise this particular London building. It's WOTAN-free now, of course.

The last of my three days provided enough spare time to visit the two chess shops and the Sherlock Holmes Museum on Baker Street. It’s a great place, chock-full of Holmesiana and well worth a visit.

Here’s a sneak preview of what to expect... 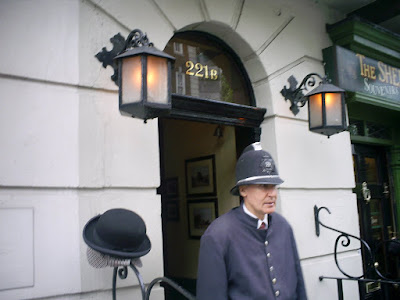 An authentic Victorian policeman. He even knew the way from the museum to the Chess Shop. 'Ten minutes, straight down the road, look out for it on the left.' He was deadly accurate too. Admirable! 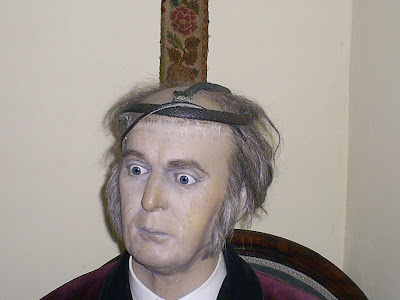 Perhaps you will recognise some of the following scenes.

This is an easy one - from The Speckled Band! 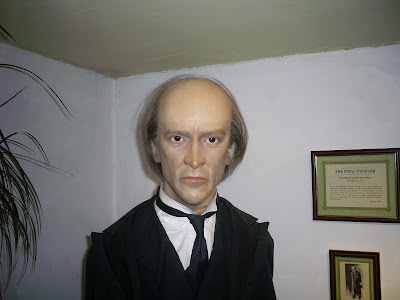 The Napoleon of Crime: Moriarty 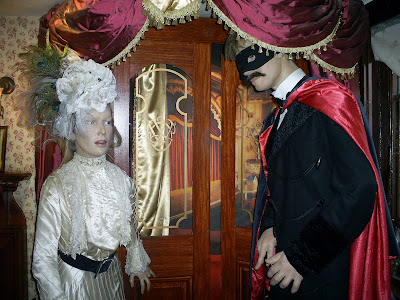 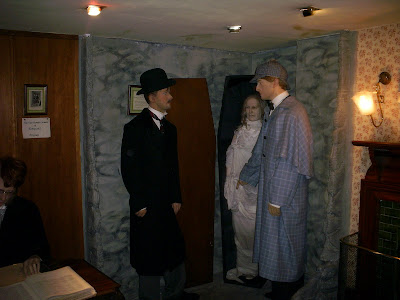 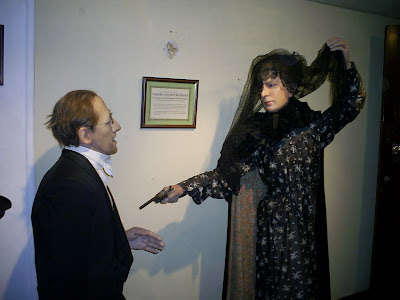 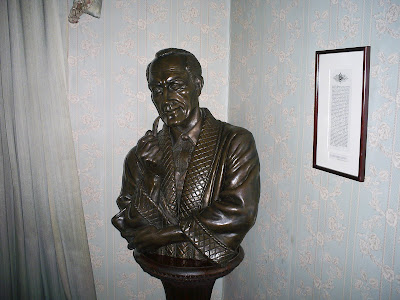 Perhaps I'm getting old, but that's a magnificent bust. 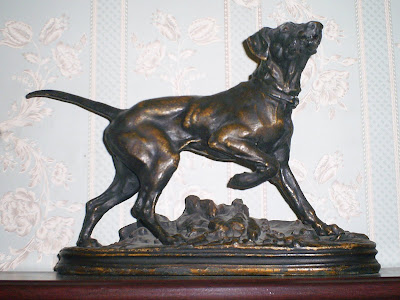 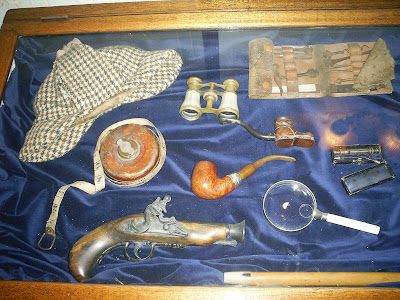 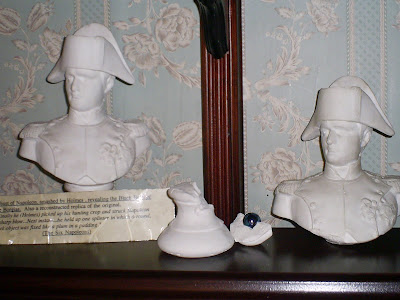 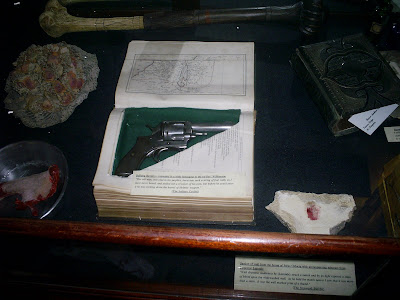 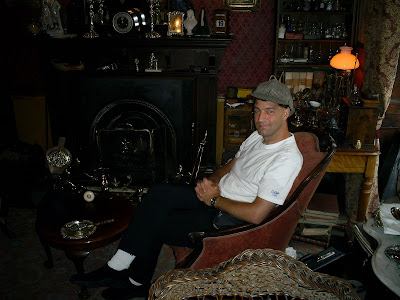 Well...you've got to enter into the spirit of the whole thing, haven't you? 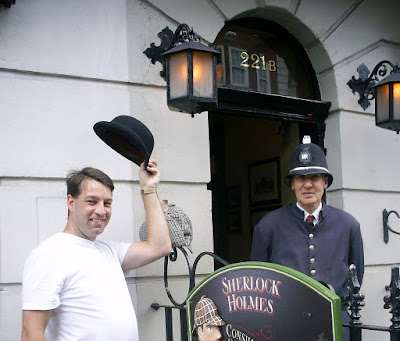 You are getting old...there are far more firm and magnificent busts than that.

Last time I was at Simpson's, a friend had to lend me his long coat to cover my jeans so we could gain entrance.

Definitely worth it, as the Brandy Alexanders were wonderful !

No chess involved at that time as it was before the revived Staunton Tournament !

Do you own a bowler hat?

Really Watson, your powers are surely on the wane. Did you not observe the other hat on the railing, or the bowler perched over it in the first photograph of the policeman?

No bowler hat is owned here at Marsh Towers. The hats were merely props for photo opportunities for the public at large as they queued for the museum.

I thought maybe you had placed it there for safekeeping whilst perusing the musuem...