Fighting the Anti-King’s Indians
By IM Yelena Dembo
Everyman Chess
IM Dembo’s previous book examined the Grunfeld Defence. This companion volume (which, as such, could really have been entitled ‘Fighting the Anti-Grunfelds) sets out to show how to deal with the following White systems, all of which deny Black the chance of mainline Grunfeld and King’s Indian variations.
The Trompowsky
The Veresov
The Barry Attack
The London System
The Torre Attack
The Colle System
A Kingside Fianchetto vs. The King’s Indian
A Kingside Fianchetto vs. The Grunfeld
The Blackmar-Diemer Gambit
Various Second Moves
Fianchettoing against the English
The English King’s Indian

A lot of these systems make regular appearances in club chess and there’s no doubt that some preparation is required to obtain a comfortable game with Black.
The first chapter deals with the (in)famous Trompowsky, an opening with a real cult following. 1 d4 Nf6 2 Bg5 c5 is analysed in depth; at 38 pages, this is the longest chapter of the book. One point of the second move is to allow the Queen speedy access to b6, logically trying to exploit the absence of the Bishop from White’s Queenside. The b2 pawn is often offered as a gambit and play becomes very sharp. A careful study of this chapter is essential and it’s probably the one which will come in most useful.
This is a position from one of the key lines - and it’s tricky stuff. 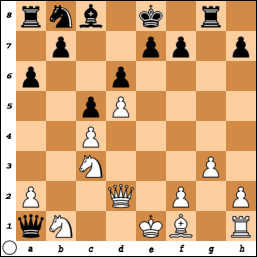 ‘It requires great tactical mastery from White to succeed in winning the Queen
without shedding more material than a Rook if that’s at all possible.
Furthermore, after much analysis I believe that he can’t!’
Being armed with such analysis should turn 2...c5 into a welcome addition to any repertoire.

Some of the White options come off very poorly in the light of hard analysis. Anyone reading this book should be put off the likes of the Veresov and the Blackmar-Diemer Gambit for good.
I particularly liked the coverage of the London System, in which Black adopts an ambitious set-up with the unusual-looking …Be6. This is to stop the White Queen using the b3 square in response to a timely …Qb6. If she goes to the -file instead to defend b2 then a Black Rook coming to c8 should prove uncomfortable.

This is Black’s ideal set-up: 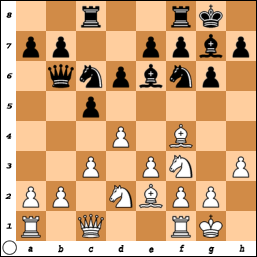 It’s highly reminiscent of a plan Korchnoy as White, in a Reti Opening, used in the mid-1980s, most famously in a very big match: 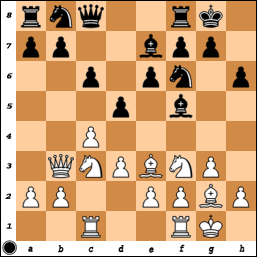 I’ve used the White system a few times but never thought of using it as an anti-London weapon. I will keep it mind for future encounters.

The Various Second Moves include odd-balls such as 2 e4 and 2 g4 as well as the more robust rarities 2 f4 and 2 g3. It is not accurate to credit GM Benko with 1 d4 Nf6 2 g3, based on his games at Curacao 1962, as he started those famous encounters with 1 g3, only committing centre pawns in accordance with Black’s reply.

There’s a problem for Grunfeld players, as pointed out in the chapter concerning ‘Fianchettoing against the English’. Black simply can’t get a game of choice against 1 Nf3 Nf6 2 c4 g6 3 Nc3 d5 when both 4 cxd5 Nxd5 5 Qa4+ and 4 Qa4+ are both frustrating.

However, those happy with a King’s Indian Defence should be content with 3...Bg7 4 e4 d6 when a main line looms.

‘I’m afraid that there is no simple or ideal solution for the Grunfeld player against 1 Nf3 Nf6 2 c4! The Grunfeld fanatic may be happy to further explore the variations I have supplied an overview of, but I would suggest instead treating the English as a serious opening in its right and devoting a decent amount of time to the study of its various branches.’

Help is at hand: the final chapter takes the English seriously and provides some interesting lines for Black to try.

Starting Out: The Modern
By GM Nigel Davies
Everyman Chess

Playing 1..g6 against virtually everything has a certain appeal, especially for a player with limited study time.

There are other tempting reasons for playing the Modern, as GM Davies points out:

‘It does not lead to clear and crisp positions, but to rather muddy sand complex strategic and tactical problems. It is this characteristic which makes it ideal for playing to with Black: there are not the clean forcing lines and early resolution of tension which characterize the majority of openings. The delayed confrontation of pieces also makes it less vulnerable to sharp opening analysis - it requires understanding rather than memory.’

The author used to rely very heavily on the Modern Defence and it served him very well. His ‘formerly secret notebooks’ are listed in the bibliography, making it quite clear from the outset that readers can expect expert material.

The variations are broken down into the following chapters:

I suspect club players are quite likely to face the Austrian Attack and the Be3 system (akin to the 150 Attack against the Pirc). Against the former, GM Davies advocates evolving the Black position into a Hippopotamus formation after, with the logic being restraint against the f4-f5 push and the realisation that any potentially weaker dark squares after the combination of …g6 with …d6 and …e6 won’t be so easy to get as White’s Queen’s Bishop is rather blocked by the f4 pawn. 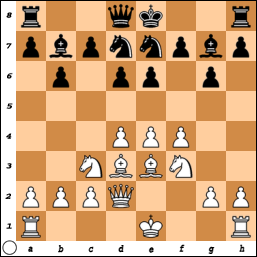 This is the sort of position Black is aiming for. A break in the centre with …c7-c5 is on the cards. Black’s set-up here is certainly an easy one to remember. 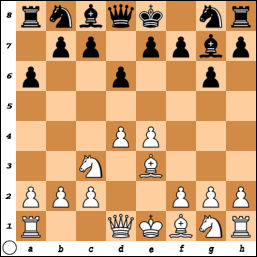 'Not many people like to play such moves, but behind its odd appearance lies a great deal of logic. Black wants to expand on the Queenside with the moves …Nd7, …b7-b5, …Bb7 and …c7-c5 and argues that he can attend to things like development later on. The move 4 Be3 is attuned more to attacking a castled King than one that is loitering I the centre!'

Indeed, White could be put off castling Queenside by the possibility of Black’s early …b7-b5 advance.

The illustrative are all very well-chosen, with GM Davies clearly showing that he likes to practice what he preaches; one game in particular stands out - a win against World Champion Anand.

‘Young Anand was evidently not happy with the outcome of this game and has since been dodging me by playing in category 18+ events.’

As usual for a book in the ‘Starting Out’ series, the text is replete with tips, warnings and notes.
30 ‘Test Positions’ provide the reader with a final work out before unleashing their newly-learned 1...g6 skills in tournament encounters.

Here’s the first one: 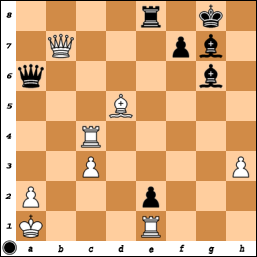 All those who know GM Keene as ‘just’ an author should be aware that he played very fine chess and produced some very important games in the Modern and Pirc. Can you see how he demonstrated the strength of the Modern Bishop? It’s Black turn and after four more moves White resigned.

The index of variations is a very welcome feature, enabling readers to easily navigate and locate coverage of relevant variations.

This is an impressive addition to a very good range of books, providing a full repertoire for you to study and absorb in time for the new season.

The theme of fianchettoing Black’s King’s Bishop is continued is continued here, with 14 dangerous weapons from two of the sharpest possible openings. The four authors share the writing duties and it’s very encouraging to see four Benoni/Benko experts freely divulging their secrets.

There are seven weapons for each colour and they deal not only with the Modern Benoni and Benko Gambit, but also in related variations such as the Czech Benoni and Blumenfeld Gambit.

Even the rare Snake Benoni gets to rear its head, although the future looks bleak for the slippery customer: the chapter heading, ‘Killing the Snake’, makes things sound rather grim.
The Modern Benoni seems to be under pressure. Not only has ‘Epishin’s Deadly 8 Qe2’ ‘…become a real pain for 7...a6 supporters’ but White has an earlier alternative intended to give Black more headaches. 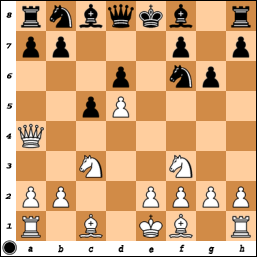 The Queen check is more commonly tried after 7 Bf4 but the earlier excursion gives White some interesting options. For example, after 7 …Qd7 (as analysed ion the first illustrative game) White can take advantage of the clear path to the Kingside and swing across with 8 Qh4! when Benoni players will surely be feeling rather uncomfortable already at the prospect of a rapid Bh6.

This book is full of such thought-provoking material.

The insights of GM Jones (currently competing as the top seed in the British Championship) in his favourite Benko Gambit are especially valuable and there are three chapters of his thoughts on this popular opening. 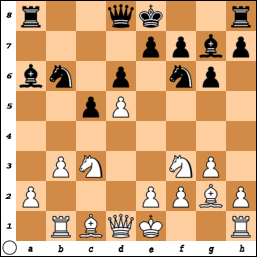 Chapter 10 deals with ‘A Paradoxical Bishop Retreat’. In this typical Benko position, Black plays 11...Bc8. The idea is to head for the f5 square to hassle the Rook. A battle can now ensue over control for the critical square. Sometimes the Bishop even reroutes itself back to a6 after White has made concessions.

This is not a repertoire book, but it should be fairly easy to slip some of these dangerous ideas into an existing repertoire. The format of presentation works well. A game or two is given to grab the reader’s attention, followed by a deeper look at the actual theory. Then there’s a general conclusion, which doesn’t just say: ‘play this and win by force’ but gives genuinely helpful advice as to the validity of the suggested weapon. After all, some of the positions end up looking a shade on the wild and unusual side.

Here’s three randomly selected positions to give you a glimpse into a strange world: 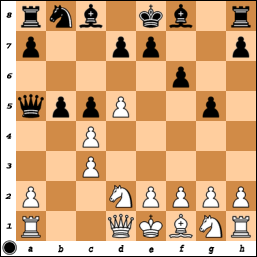 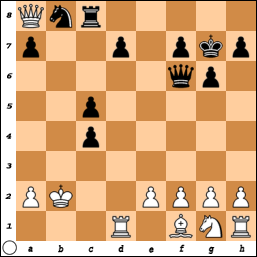 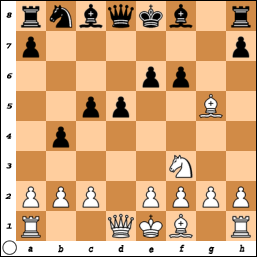 As IM Palliser says in his preface:

‘All of the authors really enjoyed analysing the lines which they propose here, and are looking forward to employing them in their own games. I hope that readers will also enjoy getting to grips with the many dangerous lines featured here, before springing them on unsuspecting opponents!’


Missed a review? Pop along to my archive:

Hi! would you mind if we exchange link in our chess site. I have also a chess blog and I wanted to have some link in other chess sites. Just inform me in my blog if that would be okay. Thank you so much.