It's a difficult area to study. As well as finding a decent continuation in a given position, one must always be aware of 'mines on the road':

‘You cannot expect to solve the puzzles on positional grounds alone. Positional motifs do not exist in a vacuum and concrete calculation almost always plays a role.’

However, the art of calculation isn't the main skill being tested:

‘Always let your intuition be your guide in any given position.’

A plethora of ‘Motifs’ comes under scrutiny, namely:

Each motif is fully explained with illustrative games and snippets, followed by a number of exercises to test the reader’s powers. Clues are slight; the reader is fully expected to put in a good deal of work in preparation for the ‘Tests’.

There’s no doubt about it - these puzzles are a lot trickier than straightforward tactical exercises. For most of us, our minds are chess-trained to seek out tactical blows and mating attacks and it’s not so easy to acclimatise to the tasks presented here. 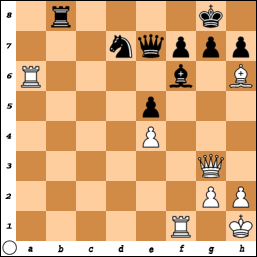 For example, in this exercise (from the Prophylaxis section) the clue is:

‘It looks tough to break Black’s defences. But only one hit is necessary to make it collapse. Can you spot it?’

In other puzzle books we’d no doubt be looking at tactical shots until the brain found one to work. However, the correct strategical method to win from this position is indeed to apply a little prophylaxis and 27 h3! is the right move. There are sidelines in the book but the game didn’t last many more moves: 27 …Nb6 28 Qg4 Qd6 29 Rxf6! 1-0 Only one side has a secure back row, thanks to 27 h3!

It’s interesting to absorb the new problems and feel the brain start to make links. Just after seeing the answer to the exercise above, I had a sudden memory of the same move being played at the height of a very tactical battle: 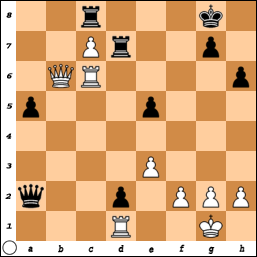 The 1977-8 Candidates’ Final had it’s fame forged on the cauldron of controversy but there was an abundance of excellent chess too. Eschewing the tempting 31 Qb7 -which would have been met by 31 …Qa4! - Korchnoy had the presence of mind to opt for 31 h3!! and went on to win.
Once the lessons from the ‘Motifs’ have been fully absorbed, it’s time to move on to the second section of the book.

There are 20 Tests, each containing 16 positions. The author recommends solving them from the diagrams and allowing two hours per test. This may appear a little off-putting for those simply wanting a puzzle book to pass the time on a train journey or an instant fix of chess solving. However, there are great benefits for readers prepared to put in the necessary effort. I imagine I’m not alone in thinking Black should immediately begin to swing a Knight to the blockading square on d6. However, White has a threat on the Queenside - 16 a5 must be stopped, so Bischoff played the correct 16 …a5! 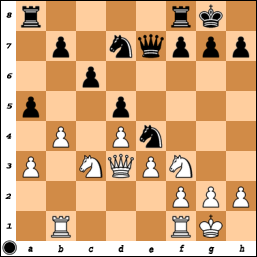 Nikolic - Kramnik
White’s minority attack has started. What to do about it?

GM Müller has clearly put a lot of work into this fine book and dedicated students will benefit enormously with the correct application of their time and effort.

‘I hope that after studying this book, you will look at positional matters afresh, e.g. evaluate each exchange of a piece carefully (this problem is extremely important, believe me), look at the plans and ideas of your opponent and add the positionally desirable move to your list of candidates before you start calculating variations.’

I don’t see how anyone can fail to improve their strategical play after working through this fine book. There’s a lot of Grandmasterly wisdom here and this volume is highly recommended, especially to hard working students.

What are chess mazes? Over to the author: ‘Chess Mazes is chess. The pieces move and capture just the same as in the normal game. The big difference is that the alternation of moves rule has been suspended. That means only White gets to move and the only piece he can move is his maze piece. Poor Black never moves; he `has to sit back and watch, as helpless spectator.’

Starting as an exercise to help beginners earn then moves, Chess Mazes have become a genre chess puzzle in their own right.

Here’s a practical demonstration. The aim is simply to check the King in the shortest number of moves, but the Bishop must not land a defended square. 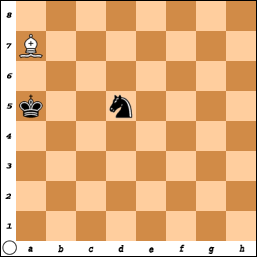 There are slightly different rules in some instances; for example, the task with a Queen as the maze piece is to deliver checkmate and a check before then is not allowed. Full explanations are provided and before long the reader will be getting stuck into the 216 mazes given.

Practical chess players often shun chess problems, especially those with outrageous positions (as they have little relevance to ‘real chess’). However, in the case of Chess Mazes it could be said that there is relevance to ‘over the board’ play; for example, they make excellent warm-up exercises to oil the chess brain just before a game. With the emphasis on visualisation they can indeed be used as: ‘…excellent training to avoid one-move blunders’ (in the words of GM Müller).

I’m looking forward to trying the mazes out on my junior pupils when the next school term begins. They should certainly help to develop an awareness of the opponent’s threats.

Here’s a few for you to have a go at. 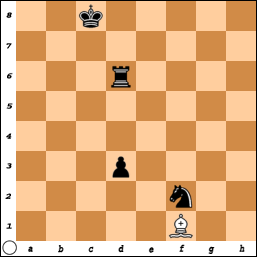 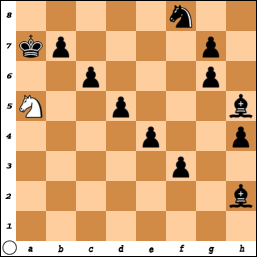 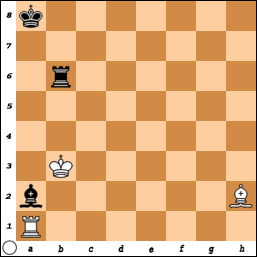 The puzzles are quite unlike anything I’ve seen before and they are good fun. They could be used to provide a little light relief between Karsten Müller's two-hour strategy tests!

For more on books from Russell Enterprises, pop along to: http://www.chesscafe.com/