On the Playlist: Emmylou Harris 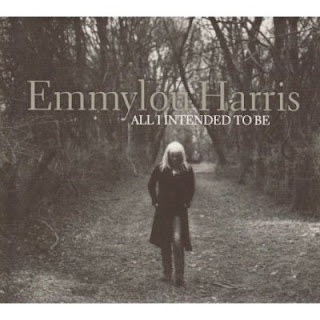 All I Intended To Be
Emmylou Harris
It’s been five years since Emmylou’s last solo record, ‘Stumble Into Grace’. However, the gap was punctuated by the release of a very successful collaboration with Mark Knopfler (‘All the Roadrunning’) and the excellent ‘Songbird’ boxset.
‘Stumble Into Grace’ had continued in a similar style to 'Wrecking Ball' and 'Red Dirt Girl'; the three had marked a departure from the pure country sound of her earlier work.
In fact, the time for labelling such music 'country' and leaving it there has long since gone; there's far more to it than that.
There's an impressive number of tracks on the new CD. 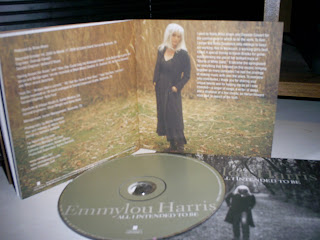 As has been the norm in recent years, the songs are a good mixture of Emmylou’s own compositions and those of others. Patty Griffin‘s ‘Moon Song’ was already familiar to me from the original version, but justice is certainly done to it here; nobody can add their own unique interpretation to songs quite like Emmylou can.

Driven by the beautiful voice and acoustic guitar, the songs are closely connected by the recurring themes of love, loss and longing.

The stand-out tracks include ‘Gold’ (with Dolly Parton on harmony vocals) and ‘Sailing Round The Room‘. The former may be familiar from it's recent performance on Later with Jools Holland. The latter concerns a person on the point of death happily realising that their soul will live on in a multitude of existences. 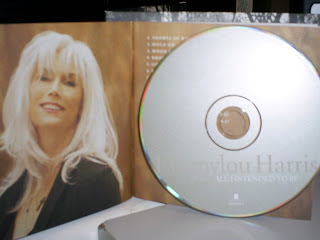 There are no weak tracks (did you really think there would be?), no filler material; this is a very satisfying collection of excellent songs delivered by the finest voice around.

Established Emmylou Harris fans will find the new CD absolutely essential. Newcomers will find it an excellent entry into a truly remarkable world.

It’s best to book tickets early for it’s sure to be a sell-out.
Posted by Sean Marsh at 03:54