The three DVDs reviewed here all follow the standard Fritz Trainer format. Load up the disc and one's computer screen split into three windows. One is a chessboard, depicting the latest moves, one is for the notation and the third shows the author/presenter talking to the screen. It's very much like having a Grandmaster giving you his direct and complete attention.

Beating The French Vol 1
By Rustam Kasimdzhanov
(Running time: three and a half hours)

I have employed the French Defence many times since the early 1980s. Having spent many hours studying and playing one of the very best of all defences, I was intrigued to see what I could learn from the 'other side of the fence'.

Former World Champion Rustam Kasimdzhanov has already built up a solid reputation as DVD presenter; coupled with his experience at the highest of all levels he is a good choice to try and crack a tough nut.

He introduces volume 1 with a six minute video presentation to explain why he is advocating 3 Nc3 against the French rather than one of the other main tries and goes on to cover some of Black's plans after 3 …Bb4, heralding the Winawer Variation.

Straight away a big positive point can be seen. The lectures are in well-timed chunks and this gives the viewer important natural breaks in the learning experience.

Two theoretical sections follow the introduction. The first last just over 16 minutes and talks the viewer through the chosen path to the main recommendation, with plenty of explanations as to why other lines are less critical.

The main line is deemed to be: 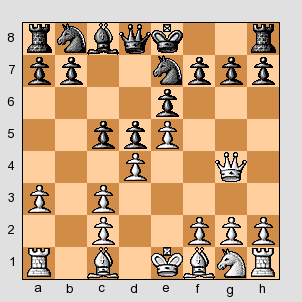 No fudging or half measures here! Kasimdzhanov clearly wants to take the bull by the horns. Later he takes a good look at 7 h4 also, to demonstrate some similar ideas and plans.
The second theoretical section is nearly 20 minutes long and takes a very good look at methods of play arising from 7 Qg4.

Following the first illustrative game, it's back to theory for the third and final time.
Then it's onwards again, with a fine selection of nine games presented as individual lectures. The length of these clips varies from just under nine minutes to over 22.

A lot of attention is given to the heavily-advocated 7 …0-0, which has gone some way to replacing the wilder 7 …Qc7 lines in recent years.

Other systems, such as the slippery 5...Ba5, are covered in depth too. Some of Black's early options - such as 4 …b6 and 4 …Qd7 - are either not covered at all or dealt with quickly. However, these do crop up at club level from time to time and it would have been good to see some critical analysis here too.

A short 'Outro' concludes the coverage of the Winawer Variation with a succinct summary and some final thoughts.

Playing the Winawer can become almost like a religion for Black players (local layers will know it is a cornerstone of the repertoire of the current Cleveland co-champion, David Baillie, and one with which he very rarely loses) so it essential to prepare very thoroughly if one is wanting to fight against it. Careful study of the material presented here will definitely boost your chances of success against 3...Bb4.

The second volume takes an in-depth look at how to meet 3...Nf6, the Classical Variation. This is probably more popular than the Winawer at the moment, with lots of former 3...Bb4 specialists put off by the amount of theory.

This time, after the introduction, there is just one theoretical lecture before moving on to the 11 illustrative games. 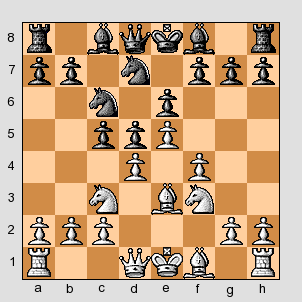 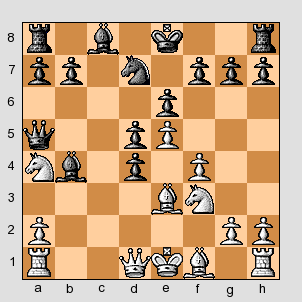 …but it is now under a cloud after 12 Bd2, when according to this DVD White has a very good position with the plan Na4-b2-d3 suggesting itself.

As with volume 1, Kasimdzhanov concludes matters with a summing up in the 'Outro'.
I have not seen volume three (which covers 3...dxe4, thus completing the repertoire for White) but it's safe to assume that the standard will be as high as the first two.

These are top-quality products (as one has come to expect from Chessbase). Anyone who wants to improve their understanding of - and results against - The French should definitely consider investing some study time in these volumes. French players will need to watch them too - to find out what is in store for them in the very near future!

GM Nigel Davies is a top coach and has mastered the art of presenting excellent chess material to standard club and tournament players across a whole range of chess media.

The title of this DVD is a trifle misleading though; it is a universal repertoire only provided that White doesn't play 1 e4. The player wanting to base a whole Black repertoire on 1...d6 is advised to pick up what is essentially a companion volume: the Fritz Trainer on The Pirc, by Davies also.

At first , it's easy to think that Black players adopt 1...d6 merely as a transpositional device to offer White the chance to steer proceedings into a Pirc and heading for a King's Indian after 2 c4 or 2 Nf3. However, as Davies ably demonstrates, it is possible to head for fresh positions that could easily non-plus an otherwise well-booked up opponent. (In fact, players are invited to be honest and think to themselves - do they prepare properly for 1...d6 at all?)

In a nutshell, the lines considered arise from:

Despite first impressions, 1 d4 d6 2 c4 e5 can give Black some real chances of playing for the win. 3 dxe5 dxe5 4 Qxd8 Kxd8 is surprisingly easy for Black to play and amazingly the c4 pawn often wishes it could move backwards. 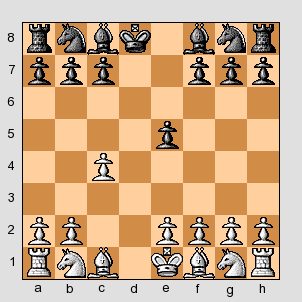 White can avoid the ending with the popular 1 d4 d6 2 c4 e5 3 Nf3 but after 3 …e4 Black is once again creating fresh positions and unusual problems for White. 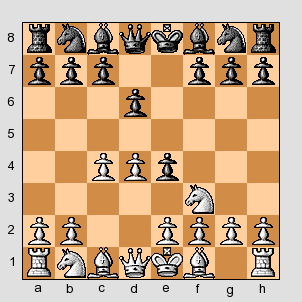 Black naturally follows up with a rapid …f5 (a common theme on this DVD). Such pushy play could well reap its rewards. 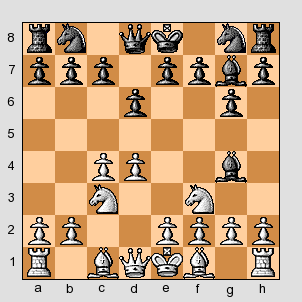 There are some delightful twists and turns in the play from this position, with Black going all out to assault the key d4 point.

Davies is particularly good at covering all the annoying little sidelines and non-critical openings one encounters repeatedly in club chess. Thus suitable lines of play are given against The London System, Colle and others.

1 Nf3 is a problem solved by 1...d6 when transpositions to earlier lines are hard to avoid. Keeping the game in the realms of the King's Indian Attack can lead to trouble for White, as even Kasparov found in a simul game against Ziglio, presented here. 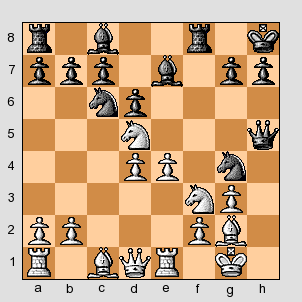 Wouldn't you just love this position against Kasparov? Black proceeded with 15...Rxf3 16 Qf3 Bd7! with the idea of 17…Rf8. Kasparov somehow held on to draw but it's easy to imagine his discomfort throughout the experience.

Indeed, the chosen games demonstrated the plans and schemes admirably and there are over 100 pertinent examples on this DVD, in addition to the ones presented in the video clips. Some of the games are by Davies himself; I think it essential that an opening salesman practices what he preaches and his own personal experiences are well used here.

With a running time of five hours, there is a lot of material to get through and even serious students will be kept busy for several evenings. With an r.r.p. of £18.99 such a wealth of material really is excellent value for money.

Provided the reader has knowledge of the Pirc or some other …d6 based opening against 1 e4 (to handle transpositions) then 1...d6 Universal will provide a very promising and relatively easy to learn repertoire against everything else. One major benefit is that the given lines are very sound yet one's opponents are still likely to be less than fully prepared to meet them. 1...d6 can lead to quick victories and the player who studies this DVD and takes up the recommendations will find themselves masters of the territory when the position appear on the board. Highly recommended!

For further details of all Chessbase products, please visit: http://www.chessbase.com/

For the archive of my chess reviews, please see here: http://marshtowers.blogspot.com/2007/12/chess-review-archive.html